Bristol-Myers Squibb (BMS) and its partner Exelixis announced the new analysis results of the key Phase 3 CheckMate-9ER trial at the American Society of Clinical Oncology Symposium on Urogenital Cancer (ASCO-GU 2021) on February 13, 2021.

In January 2021, the US FDA approved the Opdivo+Cabometyx program for the first-line treatment of patients with advanced RCC. Opdivo and Cabometyx “Immunity + Targeting” combination was approved through the priority review process and real-time oncology review (RTOR) pilot project, approved for all International Metastatic Renal Cancer Database Consortium (IMDC) risk classifications, and will be previously unaccepted The treated population of patients with advanced or metastatic RCC provides an important, new first-line treatment option.

This approval expands Bristol-Myers Squibb’s position in the late first-line RCC. Previously, Opdivo and Yervoy (ipilimumab, ipilimumab, anti-CTLA-4 monoclonal antibody) dual immunotherapy has been approved as the standard treatment for first-line treatment of patients with intermediate or high-risk advanced RCC.

This approval is based on the results of the pivotal Phase III CheckMate-9ER trial. Data show that in patients with advanced RCC who have not previously received treatment, compared with the first-line standard care drug Sutent, the “immune + targeted” regimen Opdivo+Cabometyx showed significant improvement in all efficacy endpoints, including overall survival (OS ), progression-free survival (PFS), objective response rate (ORR), duration of response (DOR).

The latest data released at this meeting showed that the median follow-up time was 2 years (23.5 months). Compared with Sutent, Opdivo+Cabometyx showed significant improvement in all efficacy endpoints, including progression-free survival (PFS), Objective response rate (ORR), overall survival (OS), and treatment-related adverse events (TRAE) that led to discontinuation of the drug were low. No new safety signals were found during long-term follow-up.

In the entire study population:

(4) In terms of disease control rate (DCR, including complete response rate CR, partial response rate PR, and disease stable rate SD), in exploratory analysis, the Opdivo+Cabometyx group was 88.2%, and the Sutent group was 69.9%.

(5) In terms of complete response rate (CR), in the exploratory analysis, the Opdivo+Cabometyx group was 9.3%, and the Sutent group was 4.3%.

In an independent analysis of the CheckMate-9ER trial, at a median follow-up of 18.1 months, patients treated with Opdivo+Cabometyx reported significant health-related quality of life benefits. Compared with Sutent, Opdivo+Cabometyx treatment is associated with lower treatment burden, reduced risk of exacerbation, and reduced disease-related symptoms. These exploratory results were measured using the cancer treatment function assessment renal symptom index-19 (FKSI-19) and EQ-5D-3L tools, FKSI-19 is a quality of life tool for kidney cancer. 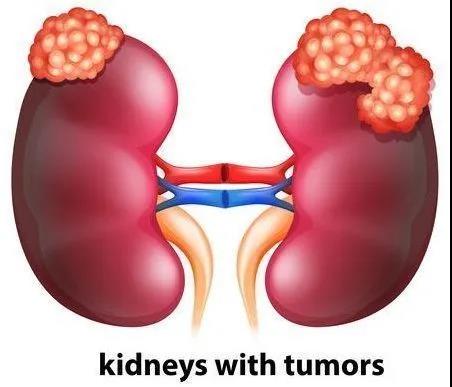 Renal cell carcinoma (RCC) is the most common type of kidney cancer in adults, causing more than 140,000 deaths worldwide each year. The incidence of RCC in men is approximately twice that of women, with the highest incidence in North America and Europe. Globally, the 5-year survival rate for patients diagnosed with metastatic or advanced kidney cancer is only 12.1%. In recent years, although some treatment progress has been made, additional treatment options are still needed to prolong survival.

The results of the CheckMate-9ER study clearly prove that the Opdivo and Cabometyx “immune + targeted” combination therapy program is the first-line treatment of patients with advanced or metastatic RCC, and it is in the key efficacy indicators of progression-free survival (PFS) and overall survival (OS) A clinically significant improvement. In addition, the combination of Opdivo and Cabometyx has good safety.

The active pharmaceutical ingredient of Cabometyx is cabozantinib, which is a tyrosine kinase inhibitor (TKI) that exerts an anti-tumor effect by targeting the MET, VEGFR2 and RET signaling pathways, killing tumor cells, reducing metastasis and inhibiting blood vessels generate. In the United States, the European Union, Japan and other countries and regions in the world, Cabometyx has been approved for the treatment of patients with advanced renal cell carcinoma (RCC) and hepatocellular carcinoma (HCC) patients who have previously received sorafenib (sorafenib).

Opdivo is a programmed death-1 (PD-1) immune checkpoint inhibitor, designed to uniquely use the body’s own immune system to help restore anti-tumor immunity by blocking the interaction between PD-1 and its ligands answer. Opdivo was the first to be approved in Japan in July 2014 and is the first PD-1 immunotherapy approved worldwide. Currently, Opdivo has become an important treatment option for a variety of cancers.

For the treatment of renal cell carcinoma (RCC), Opdivo’s approved indications are:

(1) For patients with advanced RCC who have previously received anti-angiogenesis therapy;