Calcium channel blockers (CCBs) are a class of drugs with important theoretical significance and practical value developed in the 1960s, and are a major breakthrough in cardiovascular drug research.

1. The birth of calcium block theory

In 1883, British physician and physiologist Sidney Ringer (Sidney Ringer, 1835～1910, inventor of Ringer’s solution, compound sodium chloride injection) discovered in the experiment of isolated frog heart that calcium and potassium-free The frog’s heart perfused with normal saline cannot maintain the contraction of the myocardium; when the frog’s heart is perfused with a small amount of calcium and potassium, the frog’s heart can continue to beat for several hours. In the past, physiologists usually used normal saline as an infusion, which could only keep the frog’s heart beating for about half an hour. That’s how Ringer discovered the solution named after him. This solution contributes a lot to experimental physiology.

On this basis, Ringer proposed for the first time that Ca2+ is an essential ion to maintain the frog’s heartbeat. In 1901, people extended this observation to smooth muscle contraction. More than 60 years later, in the 1940s, Kamada and Kinosita in Japan (1943), Heibrunn and Wiercinski in the United States (1947) found that adding Ca2+ directly to muscle fibers can cause muscle contraction, while other ions such as Na+, K+, Mg2+, etc. have no such effect. This stimulated people’s great interest in the intracellular role of calcium. It is now recognized that calcium ions are involved in a wide range of cellular metabolic processes and are generally considered to be a ubiquitous second messenger.

The discovery of CCBs stems from the pharmacological studies of selected coronary artery dilators. In the early 1960s, many pharmaceutical companies started a drug research and development project for coronary circulation to discover coronary artery dilators for the treatment of angina pectoris. Among them is the drug code-named “512” developed by the German Hirchst Chemical Company. Two years later, the results finally came out: in a trial involving 1,000 angina patients from various European countries, more than 70% responded to this preparation. This medicine is prenylamine (prenylamine), which received the trade name “Xin Ke Ding” and was adopted by more than 20 countries in the world, but failed to make this preparation adopted by the United States.

And another pharmaceutical company, Ferdinand Dengel, a chemist from Knorr-Bremse, Germany, synthesized D 365 in 1959. Dengel estimates that this substance has analgesic and local anesthetic properties, but it also affects blood pressure and blood vessels. Further experiments on the human heart in the summer of 1961 confirmed this conjecture. Two years of intense clinical trials followed. In September 1963, Knorr-Bremse launched this preparation, which is called verapamil (verapamil), trade name “Verapamil”, which has a good effect on certain arrhythmias.

How do these two types of drugs play the role of coronary artery dilation? The two companies could not explain the further mechanism of their products. To this end, the two companies consulted Albretch Fleckenstein (1917-1992), a professor of science at the University of Freiburg, Germany, to see if he could solve this problem.

Frankstein was born in Aschafenburg, Germany in 1917. The Second World War interrupted his career; during this time, he was held for two years as a prisoner of war in the US Army. With the end of World War II, Frankstein was able to complete his “training” in pharmacology and toxicology in 1947 under the leadership of Professor Eichholz of the Department of Pharmacology of Heidelberg University.

For a long time, Frankstein’s special field has been ion research and myocardial energy supply. His research focuses on the relationship between high-energy phosphate, myocardial contractility, and the metabolic aspects of excitation-contraction coupling. When he was immersed in this work, he became interested in the interaction of cations with the process of myocardial contraction.

This time he immediately started drug research with his colleagues. Through experiments with isolated guinea pig papillary muscles, they found that these two new drugs can dilate coronary arteries, but at the same time also cause muscle relaxation, that is, antagonize muscle contraction. They imitated a simple experiment of removing Ca2+ from Ringer’s solution on the heart, and found that the effect of verapamil on the heart is similar to that after removing Ca2+ from the solution, which can reduce the contractility of the heart without affecting Na+ Dependent action potential changes and amplitude. These effects are significantly different from β-receptor blockers. They can be quickly neutralized by increasing the concentration of calcium ions, adrenergic catecholamines or cardiac glycosides, and restore the contractile effect of Ca2+ on the myocardium.

In a relatively short period of time between November 1963 and the early summer of 1964, Frankstein discovered a new molecular mechanism of action. These two new drugs not only reduce the myocardial contractility, but also do not affect its action potential, similar to the decalcification of myocardial cells, but also can decouple the excitation and contraction, and this inhibitory effect can be reversed by calcium ions. Therefore, with keen intuition, Frankstein believed that these two drugs must have blocked the influx of calcium ions. He accidentally used the term “calcium antagonists” in 1967.

At this time, Dr. Winifred G. Nayler, a British pharmacologist, provided Frankstein with a sample of nifedipine and proposed that nifedipine may also be a CCBs. Frankstein confirmed that nifedipine is not only a CCBs, but also the most effective CCBs he has tested. Over time, CCBs have gradually become new drugs for the treatment of angina, hypertension and certain types of arrhythmias.

In 1959, Naoyiqine was used clinically as an antihistamine against motion sickness. A few years later, it was discovered that cephalosporin has strong anti-vasoconstrictor activity, which aroused the interest of pharmacologists. It wasn’t until 1968 that it was realized that its anti-vasoconstriction mechanism was the result of inhibiting calcium channels and preventing calcium influx.

Fleckenstein also discovered the relationship between isoproterenol and cardiac calmodulin secretion. He found that blocking the high-energy phosphate produced by the excessive activation of calcium-dependent ATPase can prevent subsequent myocardial necrosis. These are all related to the role of CCBs.

Frankstein’s team’s research shows that all specific CCBs can interfere with the uptake of labeled Ca2+ into the myocardium and prevent harmful Ca2+ overload in cells from causing myocardial necrosis; they can also block the excitation-contraction coupling of vascular smooth muscle. Thereby reducing Ca2+-dependent coronary artery vascular tension, and neutralizing all types of experimental coronary artery spasm. Frankesti’s laboratory has identified a considerable number of substances that meet these criteria, including D 600, nifedipine, niludipine, nimodipine, perhexiline, and fendiline ), terodiline. 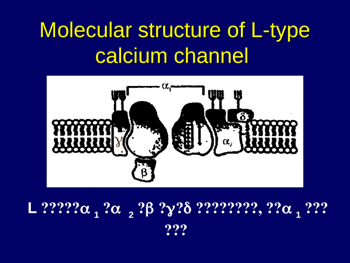 Using voltage clamp technology, these antagonists basically act as specific inhibitors of Ca2+ influx slowly passing through the muscle membrane, but do not (or only slightly) affect the fast Na+ current. There are many subtypes of calcium channels, and they are closely related to the distribution and physiological characteristics of various tissues and organs. Radiochemical and electrophysiological studies have proved that voltage-dependent L-type calcium channels are the cellular targets of dihydropyridine CCB. The modulated receptor theory helps to understand that their affinity can change with the membrane potential of arterial cells. The British pharmacologist Neller described his dispute with Frankstein about the terminology of calcium antagonists. Some pharmacologists, including Naylor, believe that “calcium channel blockers” are more appropriate. Frankstein said honestly and simply as usual that the term calcium antagonist was more appropriate because he thought of the name.

By the end of the 1970s, CCBs were widely accepted for various cardiovascular indications, including hypertension, arrhythmia, angina, and atherosclerosis. CCBs reduce the increase in blood pressure in hypertensive patients, but will not change the blood pressure in normal blood pressure subjects. Drugs that are active on both L-type and T-type channels can benefit patients with chronic kidney disease. The application of CCBs has surpassed the cardiovascular system, and its role in Raynaud’s phenomenon, migraine, neuropathic pain and subarachnoid hemorrhage has been repeatedly reported.

As early as 1881, the German chemist Arthur Rudolf Hantzsch (Arthur Rudolf Hantz, 1857-1935) synthesized the first 1,4-DHPs (dihydropyridine) compound and became the name of the compound Reaction-Han Qi reaction, but it was only after 62 years (1943) that 1,4-DHP compounds had pharmacological activity.

Nifedipine was first marketed in Germany in 1975 for the treatment of angina pectoris. Because the drug not only dilates the coronary arteries, but also dilates the peripheral blood vessels, nifedipine was approved to treat hypertension in 1980 and was recognized and accepted in 50 countries. In 1982, it was approved by the United States.

“Diltiazem” as the third important calcium antagonist (following verapamil and nifedipine) was successful in the laboratory of Japanese pharmaceutical company Tanabe Seiyaku (Tanabe) in 1975. Japanese researchers originally wanted to use benzothiazole compounds to develop an antidepressant. However, in the first experiment, it was found that these compounds can dilate blood vessels. After many experiments since then, the scientists at Tanabe Seiyaku are convinced that the original benzothiazole derivatives are among the calcium antagonists proposed by Frankstein. In 1981, diltiazem was approved for listing in Germany. Diltiazem has been the most popular cardiovascular drug in the United States for several years.

In 1992, Bayer combined the revolutionary osmotic pump controlled release technology with nifedipine and successfully developed nifedipine controlled release tablets. In 1992, Pfizer Pharmaceuticals launched the third-generation dihydropyridine calcium antagonist amlodipine. The drug has different pharmacokinetic characteristics from other CCBs, including slow onset, long-lasting action, high bioavailability, and relatively small differences in plasma peak and valley levels. The slow onset of action of the drug is related to the prolonged liver transport rate and slow binding to the L-type calcium channel binding site. In contrast, the prolonged action time of amlodipine is the result of slow clearance from the plasma and slow separation from the binding site. The resulting beneficial effects include non-reflex tachycardia, constant plasma catecholamine levels and renin activity, and effective treatment that can be administered once a day.

Amlodipine has become the most commonly used antihypertensive drug because it is safe to use and steadily lowers blood pressure. As early as 2003, its sales reached 4.3 billion US dollars. At present, there are as many as 10 CCBs sold in the United States, including flat tablets and sustained-release preparations. Among them, amlodipine has become one of the most single-tablet compound formulations.

Most dipine molecules are chiral. Chiral drugs are used as a single enantiomer to reduce the dose, reduce the occurrence of adverse events, and reduce the body’s burden on drug metabolism and clearance. Since amlodipine is a basic compound with amine groups, it can be easily chemically resolved by using resolving agents such as tartaric acid. Levoamlodipine besylate removes the right-handed component of amlodipine. It is the first chiral antihypertensive drug independently developed in some countries and an antihypertensive drug with independent intellectual property rights in some countries.

Manidipine, nilvadipine, benzindamine and efonidipine in the third generation of new dihydropyridine calcium channel blockers can simultaneously act on L and T calcium channels, and can relax the glomerular arterioles, so it is effective for renal hypertension Effective and protect the kidneys.

In 1989, Roche Pharmaceuticals screened out the first selective T-channel blocker-Mibefradil (Posicor) from thousands of compounds. In 1997, the US FDA has approved for the treatment of hypertension and chronic stable angina. Experiments show that the blocking effect of mibedil on the T channel is about 10 times stronger than that on the L-type channel; when the T-type calcium channel is completely inhibited, it can also inhibit the L-type calcium channel. One year after the listing of mibedil, it was forced to withdraw from the market because of severe drug interactions and the resulting fatal adverse reactions.