In 1997, Ivics et al. used bioinformatics methods to reconstruct an inactivated transposable system Tc1/mariner in the salmon genome and restore its activity.

In the past two decades, both SB transposons and transposases have been extensively optimized to improve transposition activity.

Including the method of transposase codon optimization, the method of amino acid substitution and modification of the transposon terminal repeat sequence to construct a highly active transposase, which improves the transposition efficiency and stabilizes the gene transfer of stem cells/progenitor cells and differentiated cell types .

Although the cis method seems simpler (only one plasmid needs to be delivered to the cell), the trans configuration is more widely used.

The advantage of trans: the transposase plasmid can be independently controlled to improve transposition efficiency.

The separation of transposons from transposase also creates the possibility of providing transposase in forms other than DNA, such as mRNA molecules and even soluble proteins.

SB transposase is a 39kDa protein consisting of a DNA binding domain, a nuclear localization signal (NLS) and a catalytic domain, with a conserved amino acid motif (DDE). 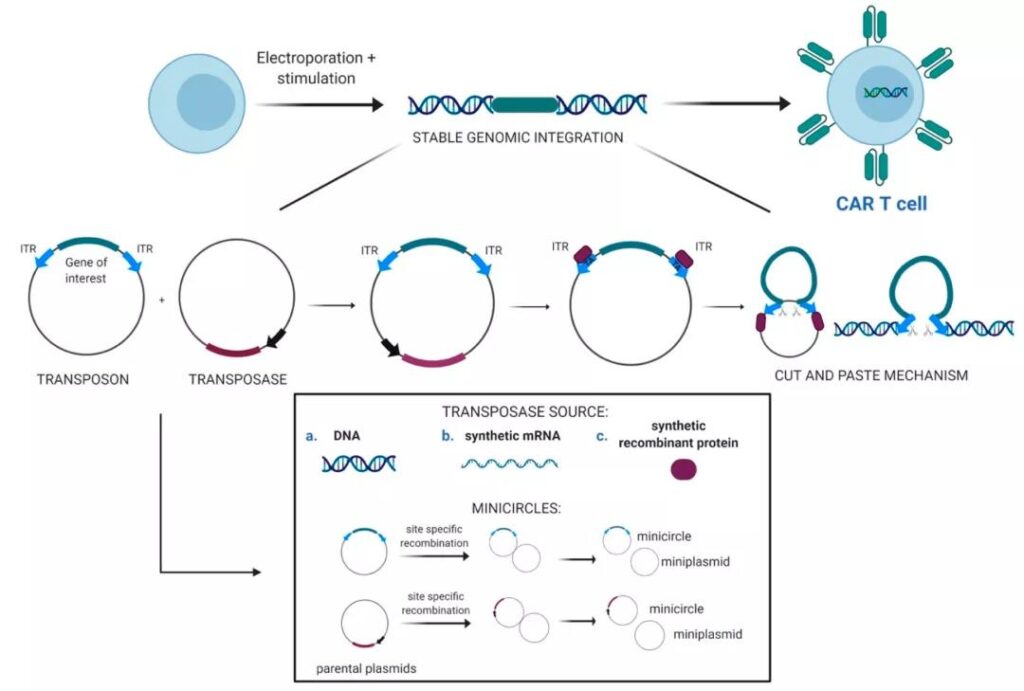 Since 2000s, the transposon CAR-T began to be used in clinical practice (Document 3), and it has been continuously optimized and improved in practice.

Recently, Chicaybam et al. Reported a simplified and clinically applicable protocol, using the SB system to construct CD19-CART, and proved that it can produce strong anti-leukemia activity in vitro and in vivo.

The overall process is as shown in the figure below. The viral vector system has a complicated process and a long process, which takes 2-3 weeks. 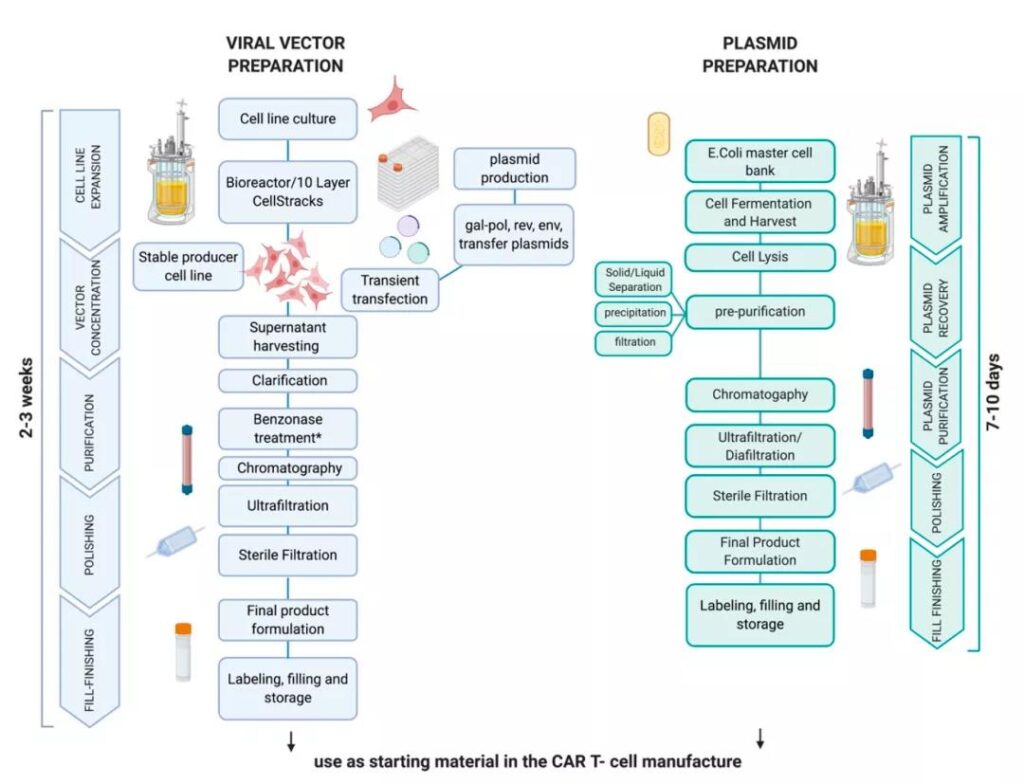 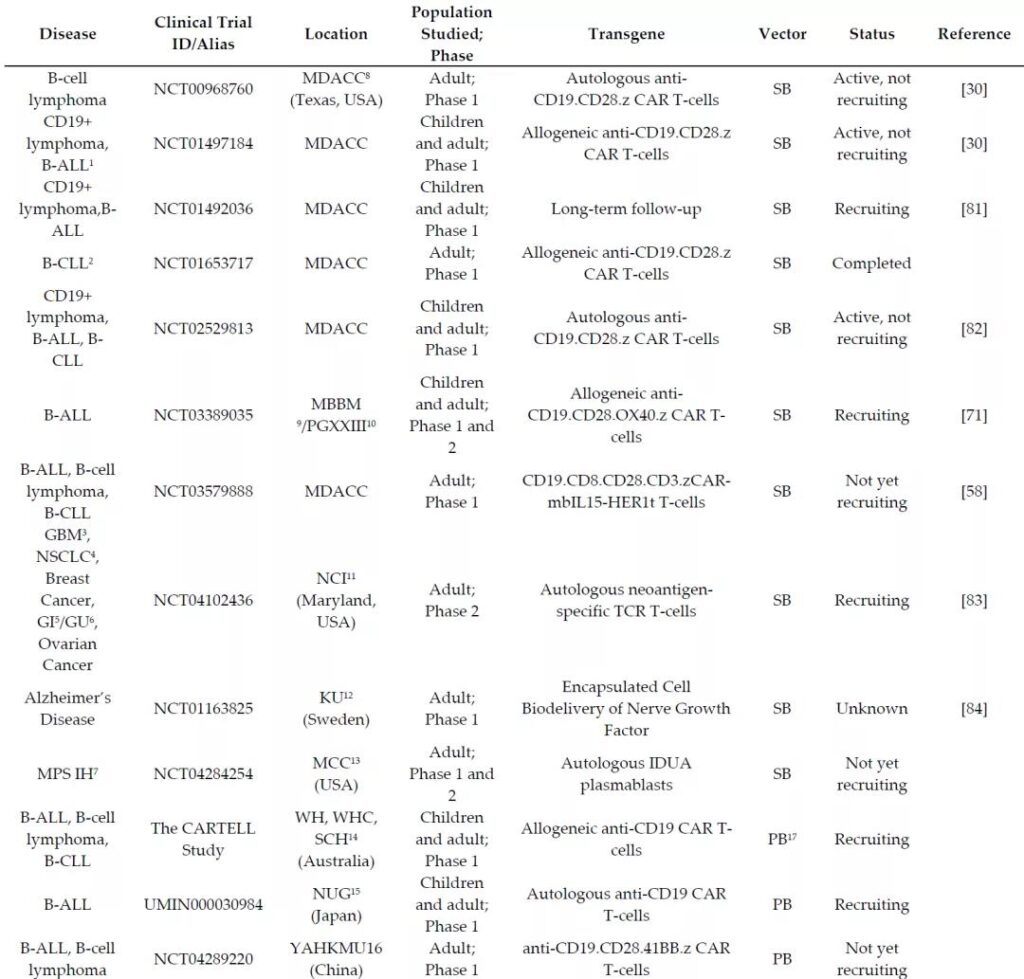 Four children and nine adult patients were injected with a single dose of CART cells.

There is no graft-versus-host disease (GVHD), neurotoxicity, or dose-limiting toxicity, and the reported toxicity is 2 grade I and 1 grade II cytokine release syndrome (CRS).

Six of the seven patients who received the highest dose achieved CR and Cri (CR with incomplete blood count recovery) on day 28.

In CR, 5 out of 6 patients are also minimal residual disease negative (MRD). Strong cell expansion is achieved in most patients.

The transposon system is relatively simple in process and lower in cost. If the clinical safety and effectiveness are fully verified, the accessibility of CAR-T therapy can be increased.