Sleep is perhaps the best healing medicine. We can often see in some documentaries that after an animal is injured, the activity decreases and the sleep time is greatly increased. A large part of it is to recover the wound as soon as possible.

In fact, not only animals, but also humans, many studies have shown that after an injury, the longer you sleep, the better the wound will recover.

In this regard, logically, our brain’s response to injury is to extend sleep time, which is not surprising.

But how did this process happen? Can the wound continue to send some kind of remote information to the brain, and remind the brain to keep a long sleep to promote the wound recovery?

This study shows that when injured, our body will produce a complex immune response, the wound will produce some antimicrobial peptides to fight against local pathogens. These antimicrobial peptides can also act as remote molecular messengers. They send signals to the brain through tissues from the injured site, prolonging the body’s sleep time and improving the chance of survival after injury.

C. elegans is a commonly used and important model organism, and it is also the simplest animal used to study sleep phenomena. In this study, the research team conducted a large-scale genetic screening of nematodes and analyzed more than 4,500 different genetic mutations.

Researchers found that during the molting process of nematode larvae, the increased expression activity of a gene called NAS-38 leads to a huge increase in the production of antimicrobial peptides (AMPs). It is worth mentioning that antimicrobial peptides are natural antibiotics produced by the human body in wounds, which can resist local pathogen infections. 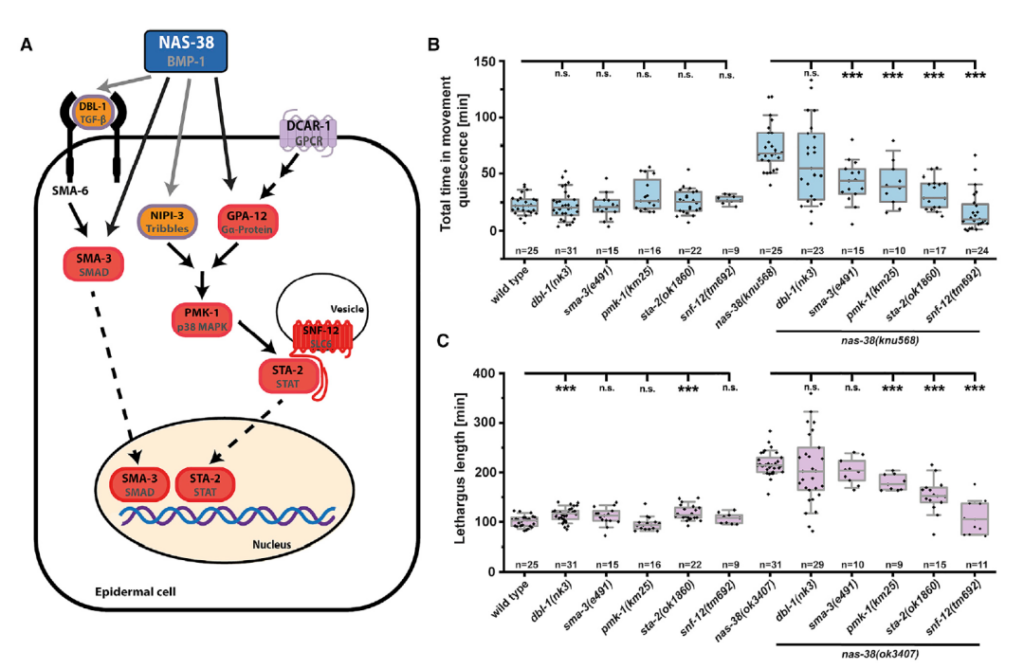 The molecular mechanism of NAS-38 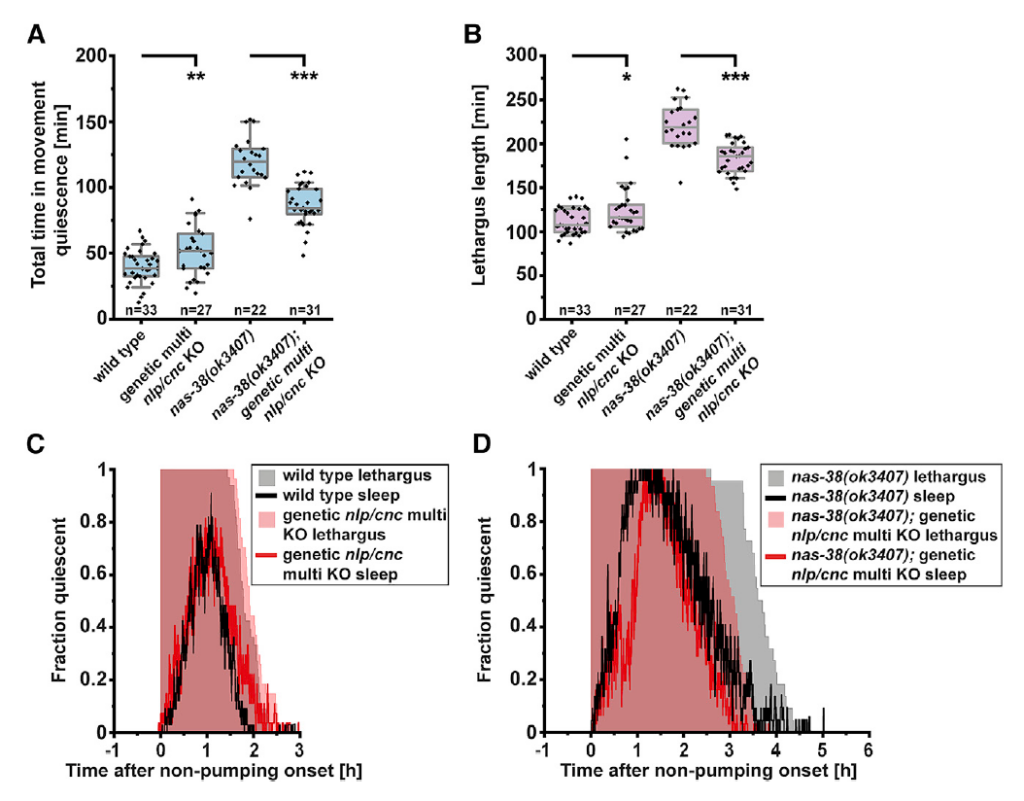 In addition, the researchers also found that more than 12 kinds of epidermal antimicrobial peptides can act as sleep factors, and transmit signals between tissues through sleep-active RIS neurons to promote sleep. In adult individuals, epidermal damage activates innate immunity and activates the production of antimicrobial peptides to trigger sleep.

Simply put, once the antimicrobial peptide is released from the skin wound, it can act as a messenger molecule, activating receptors in the brain. This activation is like a switch to further promote sleep neurons to increase sleep. 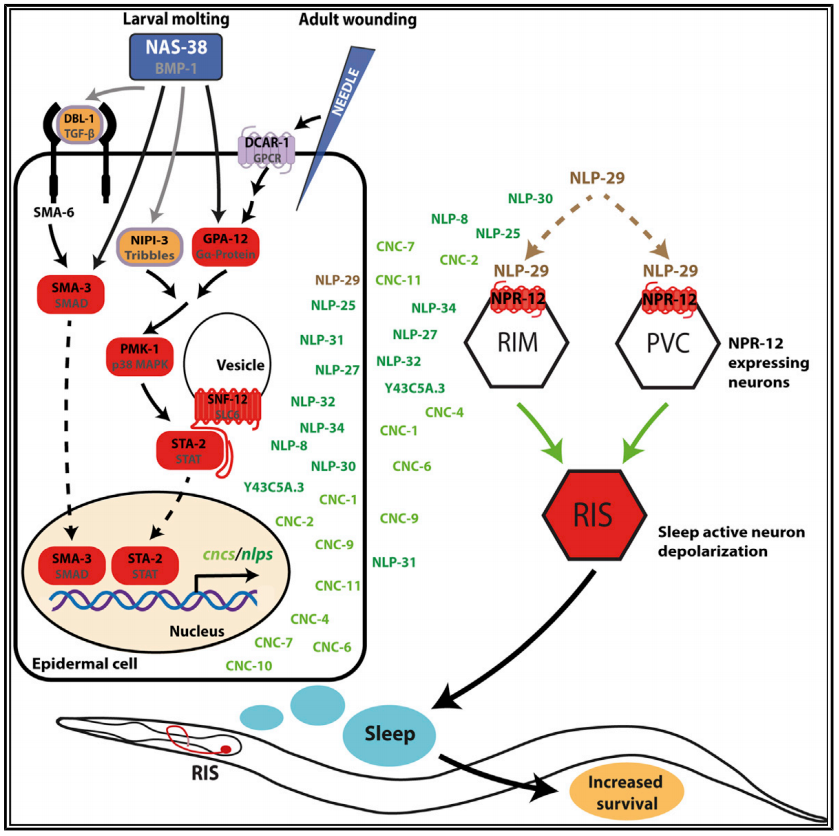 All in all, this study has discovered a new mechanism-antimicrobial peptides produced in skin wounds can be used as remote signaling molecules to signal to the nervous system to increase protective sleep. This result further emphasizes the important role of sleep in trauma recovery, and the cross-organizational sleep-promoting signal function of antimicrobial peptides may also promote sleep in other animals, including humans.