NEJM: Most effective weight-loss drug in history was successfully tested

The so-called three catties fatter during the festive season, just after the Spring Festival, I believe that many young friends face the same topic, that is, weight loss.

In contemporary society, maintaining a healthy weight seems to be becoming more and more difficult, weight loss has become a trend, and various ways to lose weight are emerging one after another. Many people hope to “restore” their weight through dieting after “eating and drinking”. In China, there are over 300 million people who are overweight and obese. It is worth noting that obesity is both a feature and a disease.

On February 10, 2021, the research team of University College London published a study titled “Once-Weekly Semaglutide in Adults with Overweight or Obesity” in the top international journal “NEJM”, the results of the study It shows that the new weight-loss drug semaglutide (semaglutide) is effective. Once subcutaneously injected once a week, participants lost an average of 15.3 kg in weight. 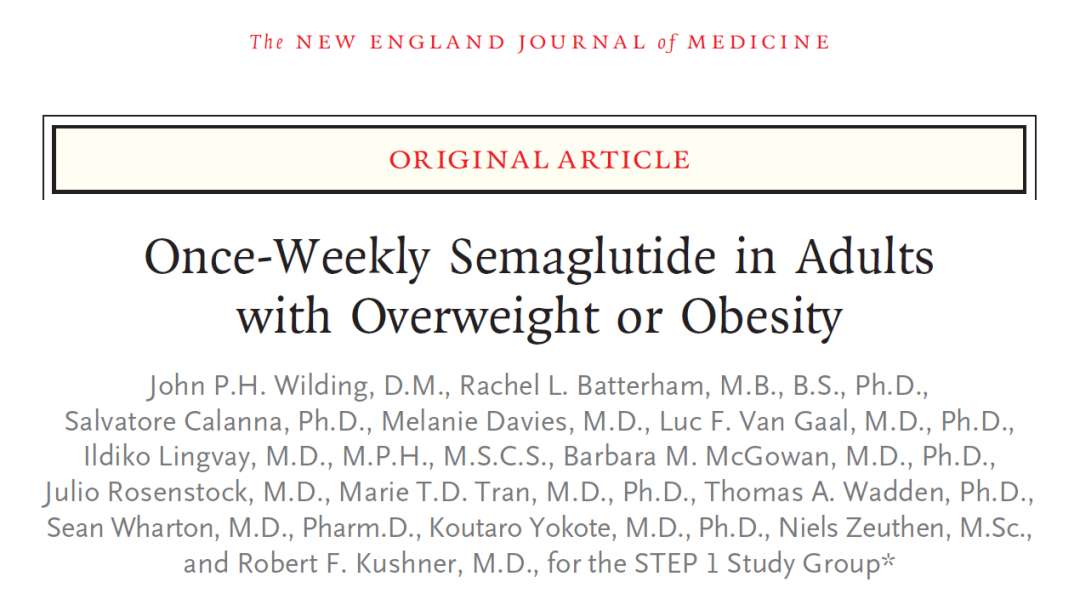 The so-called fat three catties during the festive season, just after the Spring Festival, I believe that many young friends face the same topic, that is, weight loss. Obesity is related to the increased risk of various cancers and the lower prognostic survival rate. The impact of obesity on health has exceeded that of COVID-19 and has increased the risk of many life-limiting serious diseases, such as heart disease, type 2 diabetes, liver disease, and certain types of cancer.

In this double-blind trial, 1961 adults with a body mass index (weight in kilograms divided by the square of height in meters) greater than or equal to 30 were recruited in 129 locations in 16 countries in Asia, Europe, North America and South America. They did not have diabetes. .

Participants received a weekly subcutaneous injection of 2.4 mg of Semalutide or a placebo, similar to how diabetic patients injected insulin. Overall, 94.3% of participants completed the 68-week study that began in the fall of 2018. 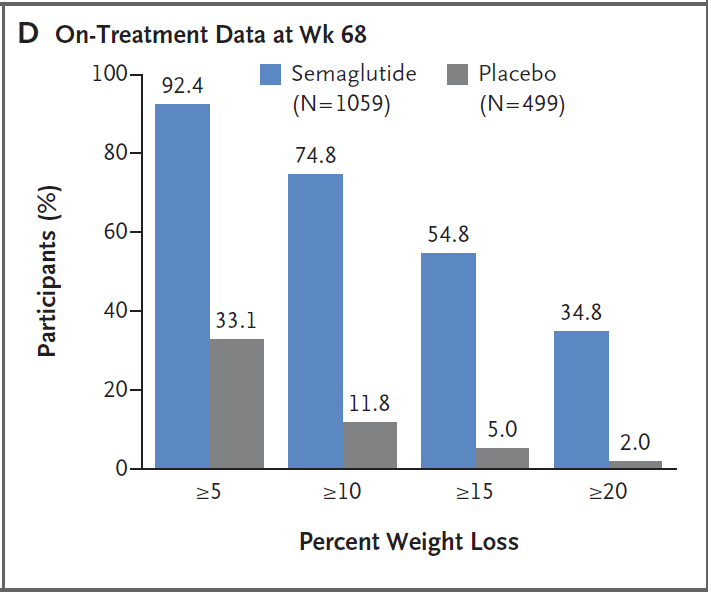 People who have taken semaglutide also found reduced risk factors for heart disease and diabetes, such as waist circumference, blood lipids, blood sugar, and blood pressure, and reported an improvement in their overall quality of life.

Human glucagon-like peptide 1 (GLP-1) is a brain-gut peptide secreted by human ileal endocrine cells. It is released into the blood from the intestine after a meal and can reduce hunger and increase satiety.

Semaglutide, developed by Novo Nordisk, is a structural analogue of human glucagon-like peptide 1 (GLP-1) that can mimic its effects and has been approved for the treatment of type 2 diabetes.

Because semaglutide can reduce hunger, reduce diet, and reduce calorie intake, it is considered to be used to treat obesity.

Although the study has passed phase I and II clinical trials to evaluate the safety of the 2.4 mg dose, in the phase III trial, some participants reported the side effects of the drug, including mild to moderate nausea and diarrhea, These side effects are temporary.

It is reported that Somarut has been submitted to the U.S. Food and Drug Administration (FDA), European Medicines Agency (EMA) and the National Institute of Health and Clinical Optimization (NICE) for marketing approval as an obesity treatment drug.

The impact of obesity on health has been focused on by scientists, and it also brings the risk of many serious diseases. This drug may have a significant impact on the future.