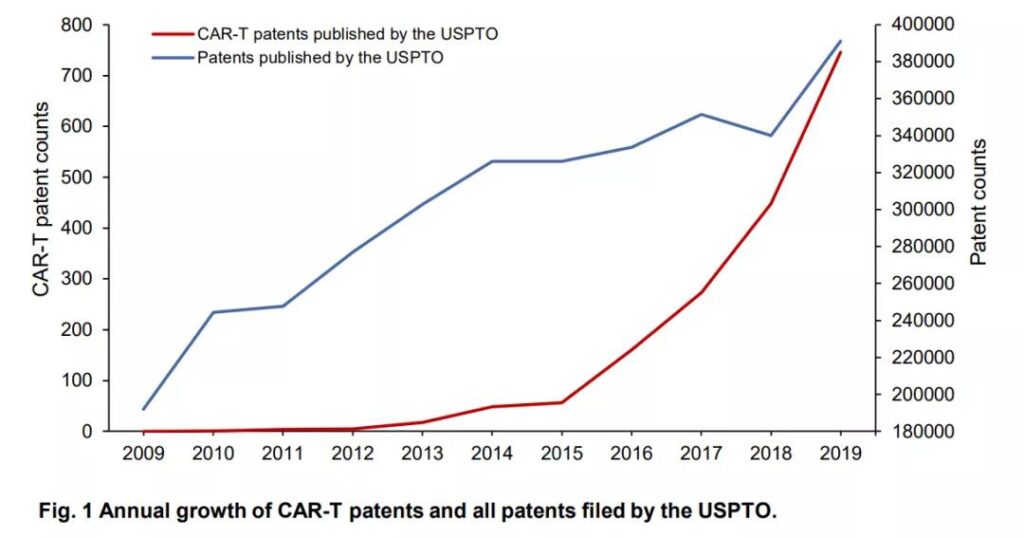 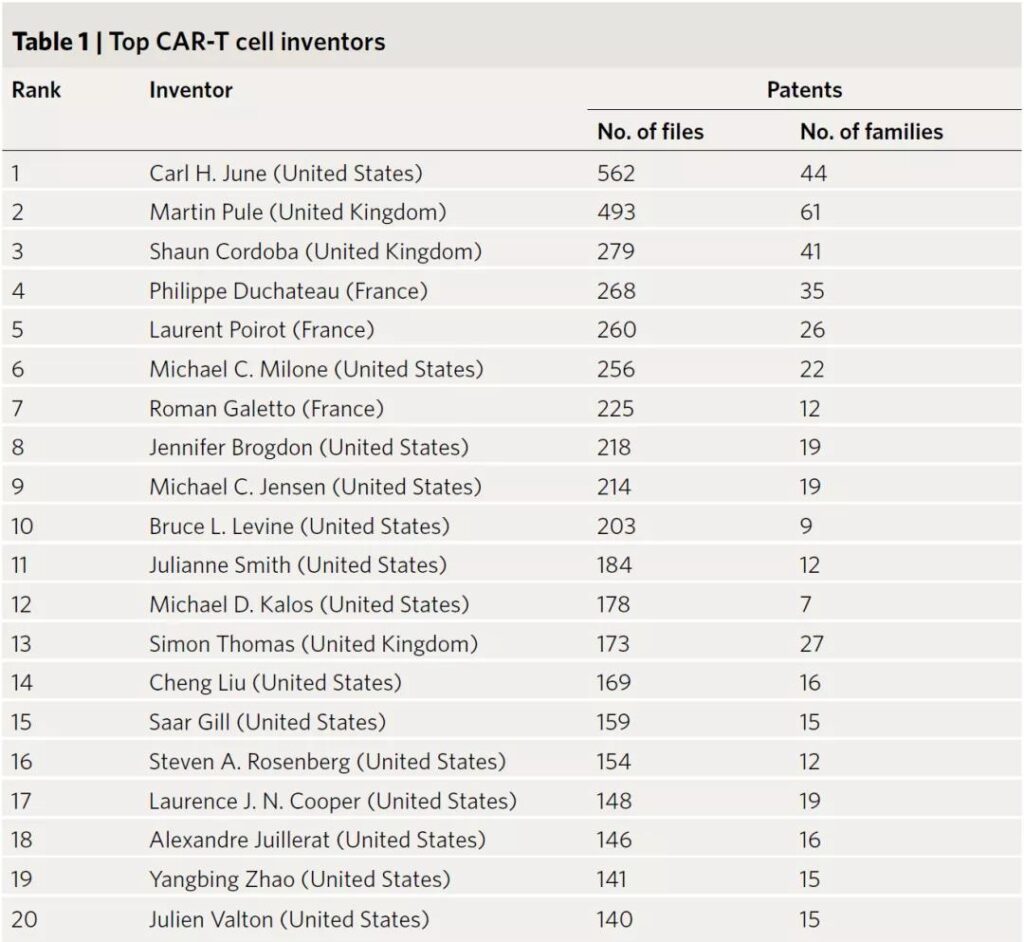 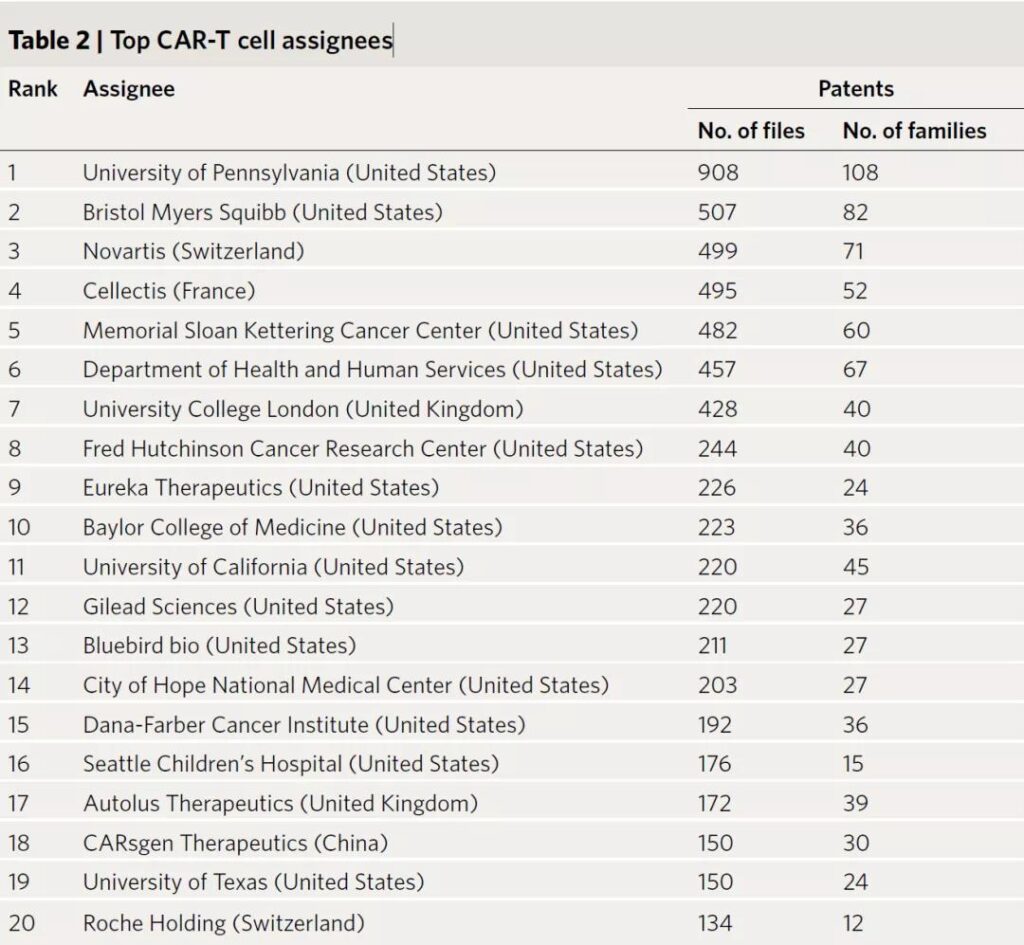 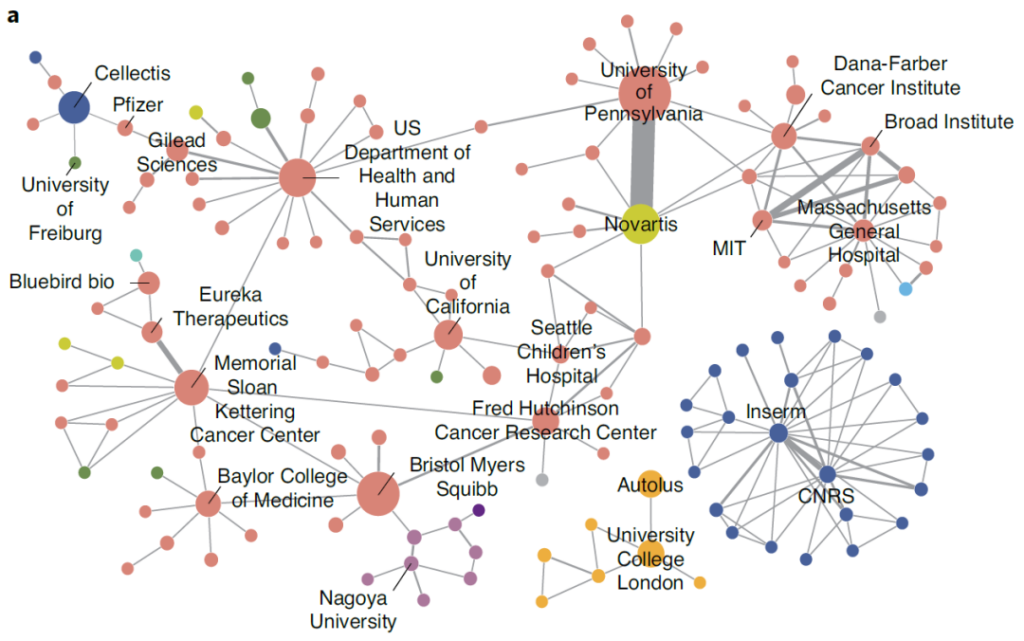 The University of Pennsylvania and Novartis have the closest cooperative relationship. 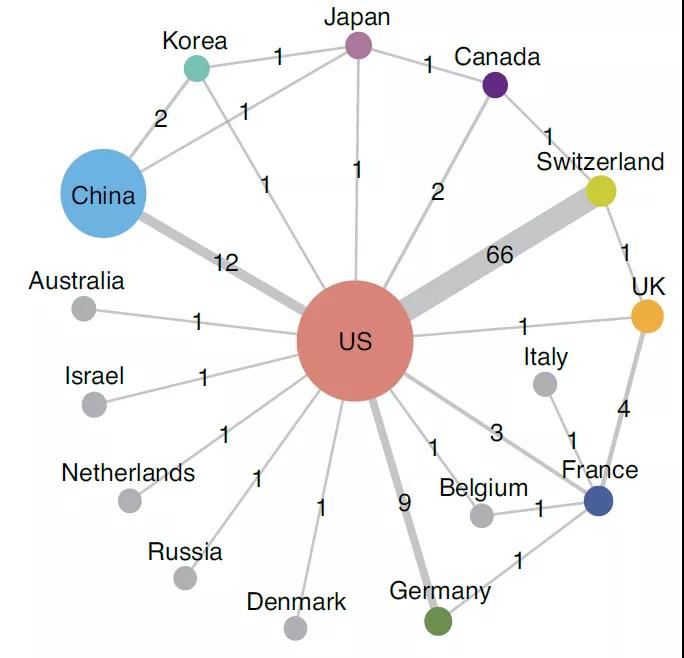 In contrast, although China is the second largest node after the United States, it has relatively little cooperation with neighboring countries Japan and South Korea.

Among the top 20 targets, CD19 is the most common, followed by BCMA and CD20. The American and Chinese assignees cover all targets and are in a leading position in all top targets. 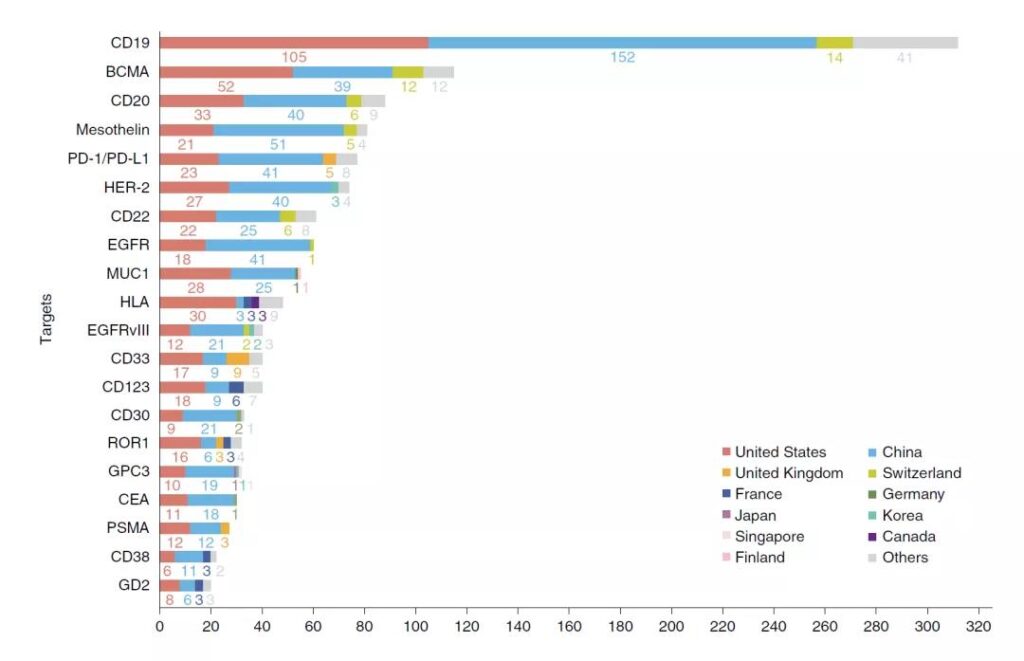 The pink clusters mainly focus on allogeneic cells and related methods, such as WO2013176915 (methods for engineering allogeneic and immunosuppression-resistant T cells for immunotherapy), WO2014191128 (methods for engineering T cells for immunotherapy by using an RNA-guided Cas nuclease system) ) And WO2014039523 (multi-chain chimeric antigen receptor and uses thereof). These three patents have the same assignee, the French biopharmaceutical company Celectis. 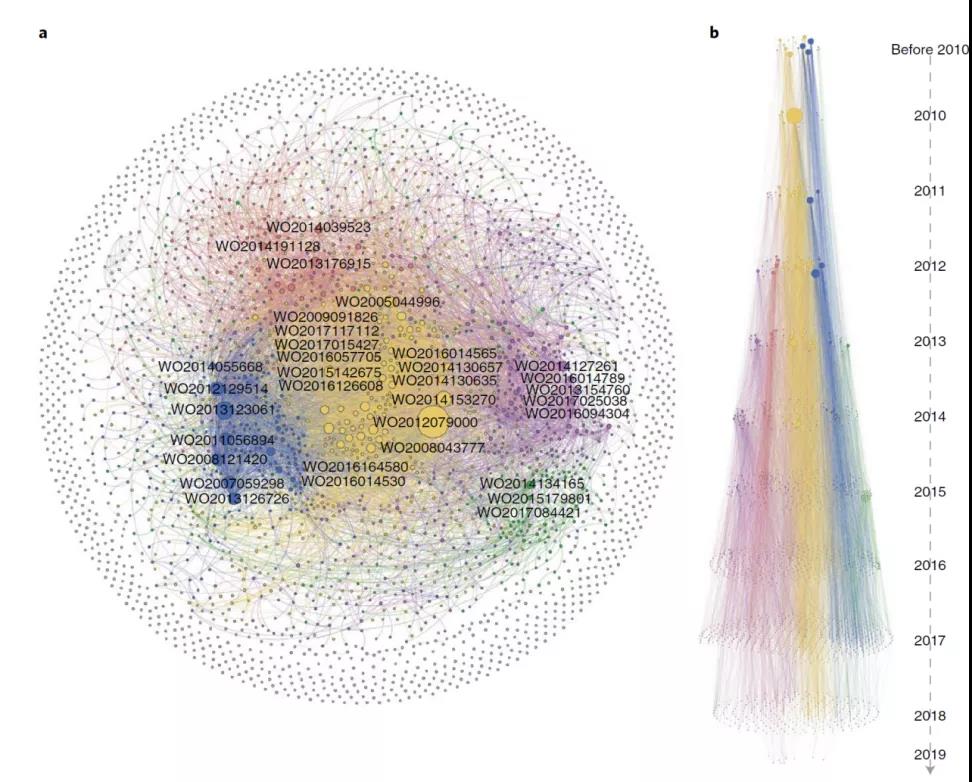