The existing anti-inflammatory drug treatment is basically aimed at the end-stage chronic inflammation. At this time, joints and other tissues may have suffered irreversible damage and it is difficult to recover.

This article introduces an article published by Stanford University in Nature Immunology. According to the process of RA, they are divided into three main stages and set up three detection points. They hope to be able to more analyze and characterize the characteristics and mechanisms of early disease, find diagnosis and Methods of intervention treatment.

Three checkpoints in the course of RA (Reference 2)

Epidemiological studies in the early 1990s showed that RFs existed long before synovitis occurred. RA autoimmunity is not directed against natural peptide sequences, but against post-translationally modified proteins (including glycosylated IgG Fc). Because the thymus chooses not to eliminate T cells that recognize protein modification, peripheral tolerance deficiency occurs, which is considered to be the main cause of RA.

The main genetic risk factors of RA promote the production of autoantibodies. Shared epitope-positive HLA-DRB1 alleles and PTPN22 variants are related to the production of RFs and anti-citrullinated protein antibodies (ACPA). In the context of HLA-DRB1*04, T cells can recognize citrullinated antigens, and B cells contain a large number of autoimmune B cells against citrullinated proteins, which present antigens to T cells. The mechanism that controls the stability and progression of the autoimmune phase depends on T cells.

The limonin and carbonylation reactions are different chemical reactions. There are both general reactions and physiological reactions, and there is no disease specificity. Carbonylation is an enzyme-independent derivatization of lysine and requires the active metabolite cyanate, which is essentially irreversible. In contrast, citrulline is an enzyme-mediated deimination of arginine residues. Tissue inflammation and smoking up-regulate the expression of peptidyl arginine deiminase. The abundance of autoantigens is not very important for the destruction of peripheral tolerance.

After a long period of asymptomatic autoimmunity, RA patients enter a period of acute tissue inflammation. The destruction of self-tolerance is initiated outside the joint. As innate and adaptive immune cells enter the synovium, the location of the disease changes to the joint.

Checkpoint 2, clinically marked by synovial inflammation, which is closely related to the inherent defects of CD4+ T cells. 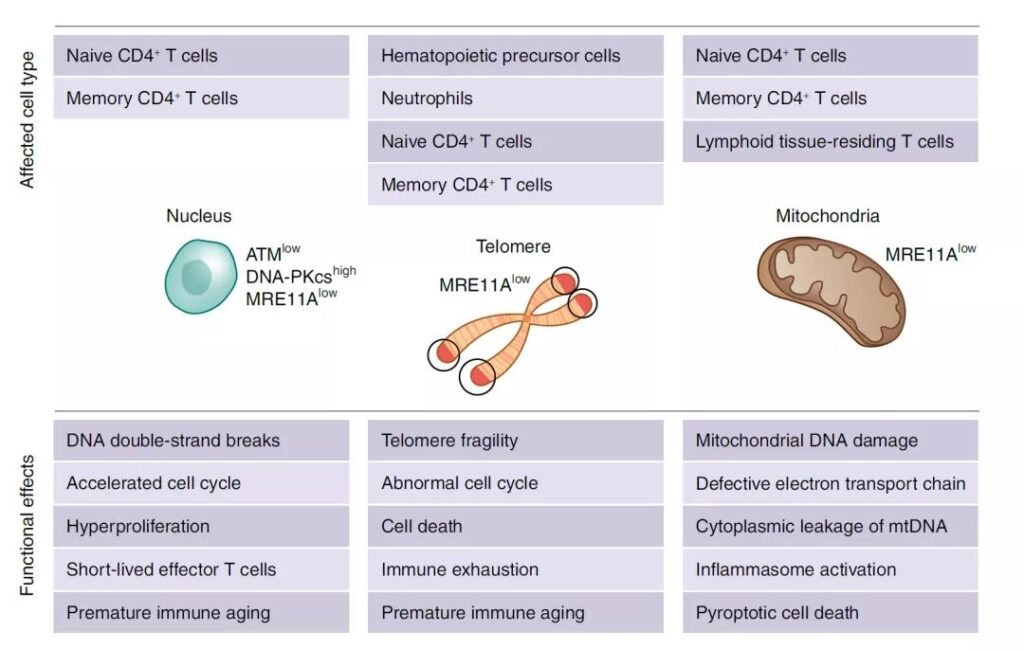 Insufficient DNA repair in hematopoietic stem cells, neutrophils and naive and memory CD4 T cells leads to the accumulation of damaged DNA in the nucleus, telomere ends and mitochondria. 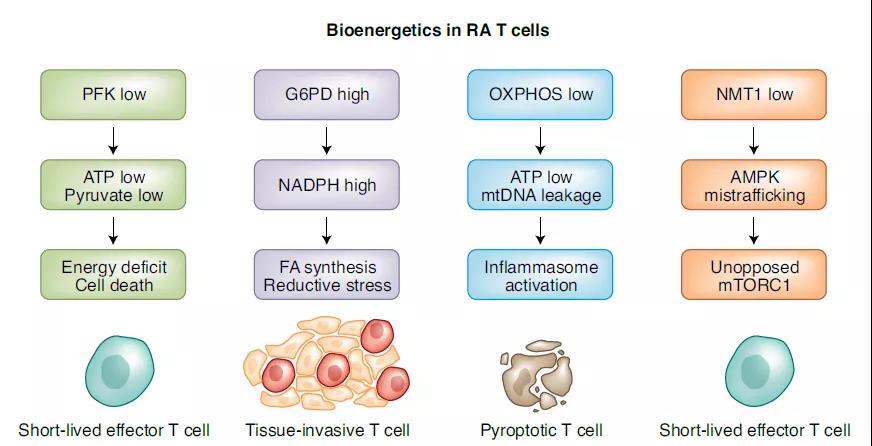 The rupture of mtDNA affects the electron transport chain, impairs the production of ATP and metabolic intermediates, and reprograms the cell’s energy production and biosynthesis programs.

How synovial fibroblasts are activated is unclear, but tissue-infiltrating T cells that undergo pyrolysis are powerful inducers of inflammation and remodeling. Another way for disease-causing T cells to drive chronicity is to form tertiary lymphoid tissues and produce continuous chronic inflammation.

The following table shows the main inflammatory cell subgroups and markers in the synovial tissue of RA patients: 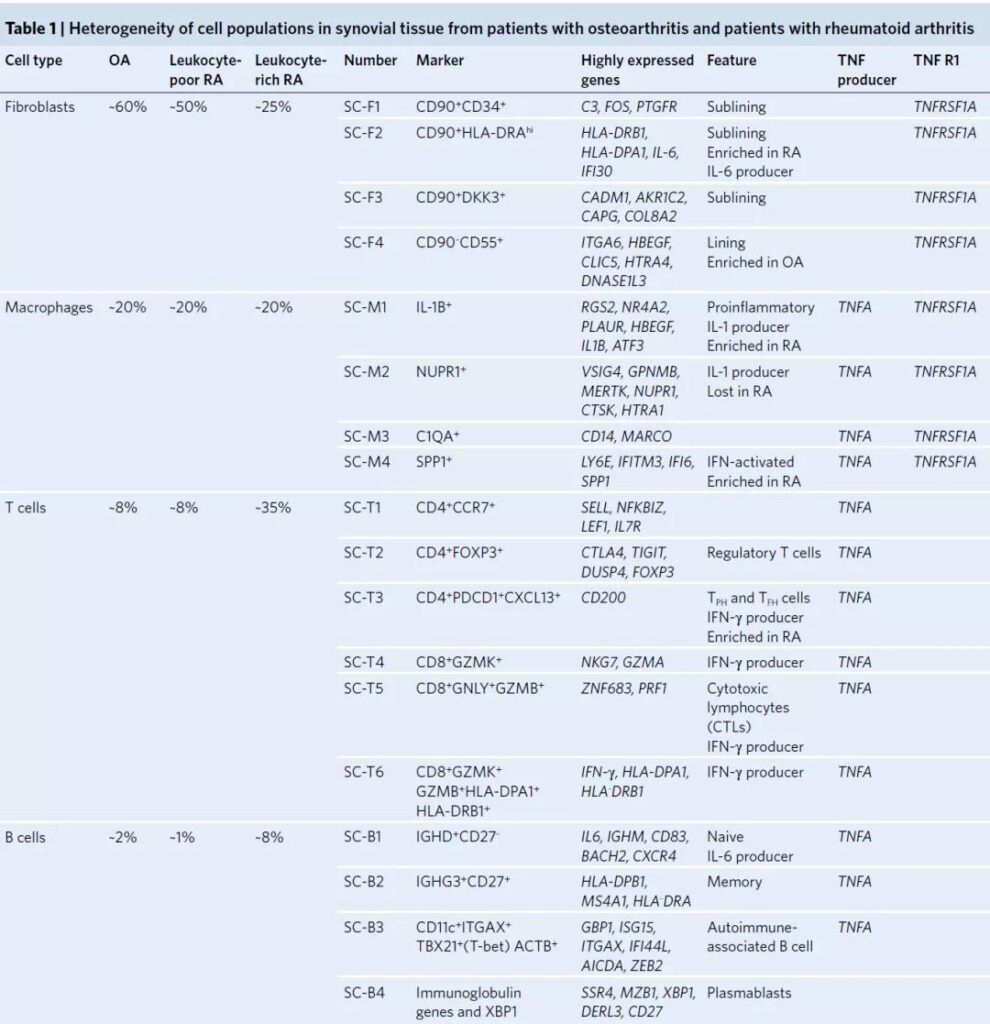 Before irreversible damage occurs and before the formation of tertiary lymphoid tissue, early intervention and treatment are important for patients with rheumatoid arthritis to obtain a better prognosis and improve the quality of life.

Obviously how to maintain peripheral tolerance, such as reducing non-essential protein post-translational modifications of proteins in the body, reducing DNA damage of T cells or enhancing DNA repair, maintaining the normal differentiation of T cells, and reducing pathological T cells are all of great significance. the study. These are more or less related to life and work habits, and doing a good job of education and management may be equally important.