Merck: One subcutaneous implantation can prevent HIV for up to a year!

One subcutaneous implantation can prevent HIV for up to a year!   New data from Merck: Support islatravir implants for pre-exposure prophylaxis (PrEP)!

Merck & Co recently announced the results of a Phase 1 safety study at the 2021 Retrovirus and Opportunistic Infection Conference (CRIO). The study is evaluating the tolerability and pharmacokinetics (PK) of a subcutaneous drug-eluting implant that has the potential to allow islatravir (formerly known as MK-8591) to be administered for long-term use in HIV- 1Pre-exposure prevention (PrEP).

Islatravir is a new nucleoside reverse transcriptase translocation inhibitor (NRTTI) under research by Merck , And as a single drug to prevent HIV-1 infection. The new interim data of Phase 2a clinical trial (NCT04003103) announced at the HIV Prevention Research Conference (HIVR4P 2021) in January 2021 supports two doses (60mg and 120mg, once a month) as a monthly Potential of oral PrEP regimen.

The research results announced at the CRIO meeting showed that in the three doses of islatravir studied (48mg, 52mg, 56mg), the active drug concentration reached by the implant at 12 weeks was higher than the pre-specified PK threshold; At a dose of 56 mg, the implant can provide a drug concentration above the pre-specified PK threshold for up to a year. Based on these findings, Merck plans to initiate a phase 2 trial to further explore the potential of islatravir subcutaneous implants as a long-term PrEP solution for up to 12 months.

Dr. Joan Butterton, Vice President of Global Clinical Development for Infectious Diseases of Merck Research Laboratories, said: “We are very pleased to share our early data at CROI 2021 to support the possibility of using the subcutaneous implant islatravir once a year. We know about PrEP. It has a positive impact on curbing the spread of HIV, and we look forward to further evaluation of our implants with a view to formulating new long-term options for HIV prevention.” 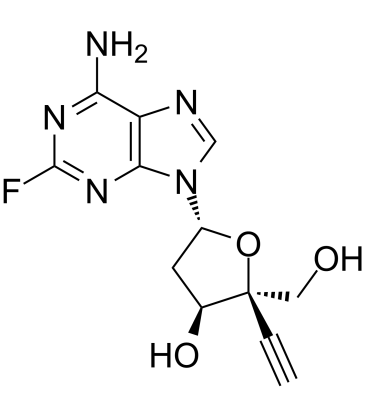 The Phase 1 double-blind placebo-controlled trial was carried out in healthy subjects to evaluate the safety, tolerability and PK of islatravir administered by subcutaneous implantation of drug-eluting implants. In this study, healthy subjects were subcutaneously implanted with an implant containing islatravir or placebo: 48mg (n=8), 52mg (n=8), 56mg (n=8), placebo (n=12) ; Each dose level 4). After 12 weeks, the implant was removed and the subject was evaluated for an additional 8 weeks.

The results of this study, together with previous evaluations of islatravir implants, provide evidence for the potential of the implants to produce islatravir triphosphate levels above the target PK threshold for at least one year.