The incidence of colorectal cancer in young people is increasing year by year.

A study with a large sample of 140 million people: The incidence of bowel cancer is rising in the age of 20-49! Don’t wait for colonoscopy until 50 years old!

Recently, a study published in BJM showed that the incidence of colorectal cancer in young people is increasing year by year. 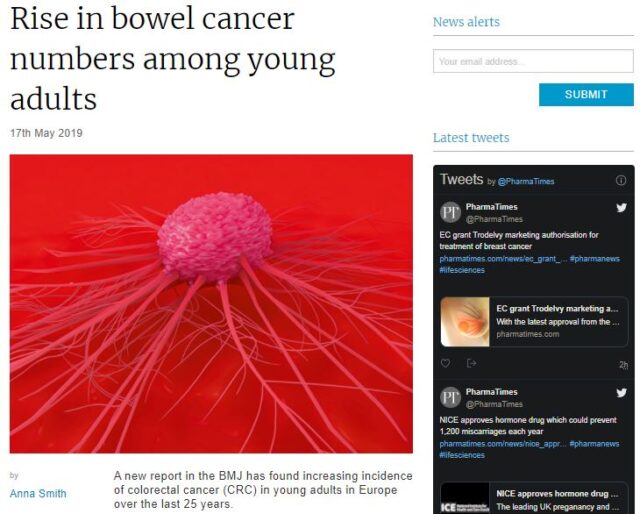 Recently, a new report from BMJ shows that the incidence of colorectal cancer (CRC) among young people in Europe has been increasing over the past 25 years.

Although the incidence of CRC has increased in most European countries, some heterogeneity has been found among countries.

Researchers still don’t know why this happens, but obesity and poor diet are possible factors , and doctors are urged not to ignore the symptoms of young people.

In people in their 30s, the incidence of bowel cancer has also increased , although it is not so sharp, and the population between 40 and 50 also fluctuates.

The results of the study are supported by a study in the Lancet Gastroenterology and Hepatology, which also found that between 1995 and 2014, the number of colon cancer cases in people under the age of 50 in the UK increased by 1.8%, and the number of rectal cancer cases An increase of 1.4%.

Dr. Marzieh Araghi, the lead study author from the Lyon International Agency for Research on Cancer, said: “Although population screening for people under 50 is not cost-effective due to the relatively low incidence, family history may help identify genetic predispositions. Young people at risk of rectal cancer for further evaluation.”

Should the first colonoscopy be advanced to 30-40 years old?

Although the starting age of screening in various countries is between 45-55 years old, experts believe that the earlier the screening, the greater the benefit!

For people with family history, this age is obviously even more advanced to about 30 years old.

The incidence of colorectal cancer in young people is increasing year by year.