Magic target! It can not only be used for cancer immunotherapy but also fight against autoimmune diseases! “JCI Insight” latest research.

Believe that the more we understand the immune system, we will have more ways to fight cancer. These new ways will bring immunotherapy to a new level.

If you want to vote for the most effective anti-cancer progress in the past 30 years, then immunotherapy can definitely enter the list-unlike previous cancer treatments including surgery, radiotherapy and chemotherapy, and targeted drugs, immunotherapy does not directly target cancer cells.

Instead, it exerts an anti-tumor effect by removing the natural enemy of cancer cells-the suppression of immune cells or activating immune cells. It is this magical treatment that has helped many patients overcome cancer and regain their health.

You must know that cancer cells are very cunning. In the process of escaping, cancer cells learn how to blind immune cells and make them lose their combat effectiveness-and the passage of cancer cells to suppress immune cells can be reactivated. Cells, thus exerting the function of killing cancer cells.

But lifting the suppression of immune cells means that immune cells will enter an active state-and this is definitely a disaster for patients with autoimmune diseases.

But what is unexpected is that the targets used for immunotherapy can also be used to treat patients with autoimmune diseases. This research was published in the latest issue of “JCI Insight” magazine.

First of all, what we need to know is how autoimmune diseases occur.

However, in patients with autoimmune diseases, their own immune cells will misrecognize their own cells and develop immune cell diseases.

At this time, various diseases will appear, such as systemic lupus erythematosus and rheumatoid joints that we often hear Inflammation and ulcerative colitis.

And one of the most important immune cells that cause autoimmune diseases is CD4+ T cells.

In the process of immunotherapy, the researchers discovered a miraculous target-the CD6 target, and developed an anti-CD6 monoclonal antibody-UMCD6 based on the CD6 protein.

Whether in breast, lung or prostate cancer in vitro experiments, it has been found that UMCD6 antibody can activate immune cells to work well to kill cancer cells. 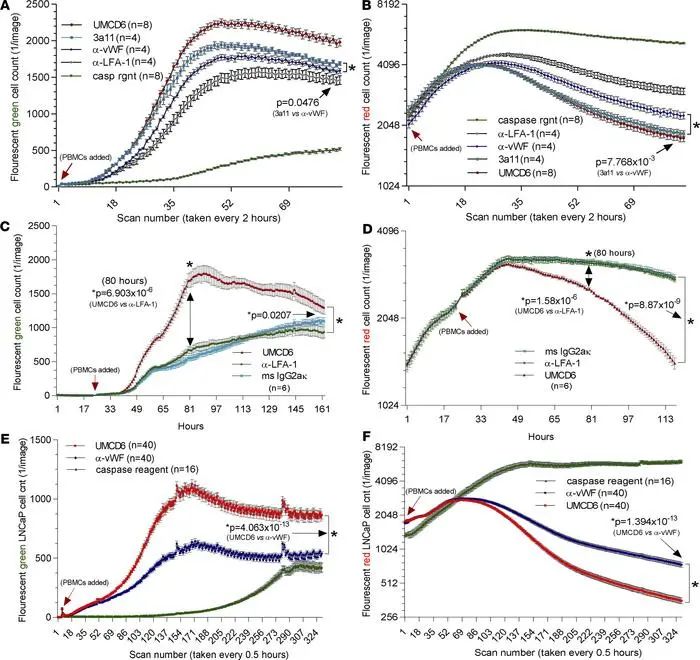 So in further research, the researchers conducted experiments in a mouse model, and the results also found that UMCD6 antibody can still help us fight cancer.

In the mouse model, it can be seen that the use of UMCD6 antibody effectively reduces the number of cancer cells. 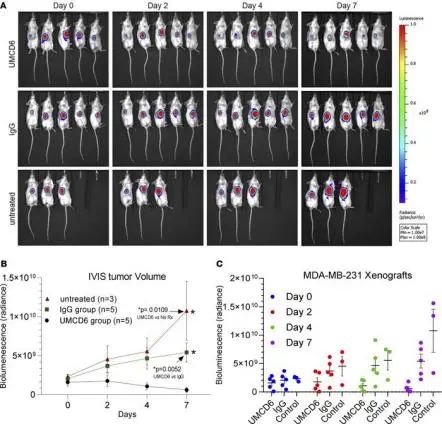 However, the interesting point is that as early as in previous studies, anti-CD6 antibodies have been found to play an important role in autoimmune diseases in mice, including rheumatoid arthritis, multiple sclerosis and uveitis.

In this experiment, when UMCD6 was used for treatment, the researchers also found that the mice’s autoimmunity and organ damage were greatly reduced.

This has aroused the interest of researchers: Why are anti-CD6 antibodies so special?

After research, it was found that when UMCD6 binds to specific immune cells, it can form a small CD6 cluster, and then sneak into the cell-which makes CD8+ T cells more actively seek and kill cancer cells, but And because the CD6 cluster is hidden, the activity of another CD4+ T cell is reduced-and CD4+ T cells are the important cells that cause autoimmune diseases. 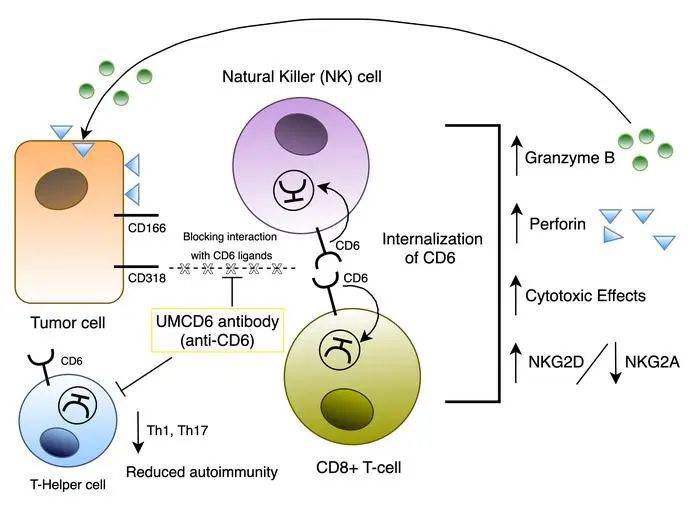 Believe that the more we understand the immune system, we will have more ways to fight cancer. These new ways will bring immunotherapy to a new level.