Combined immunotherapy pointing out a new way to fight cancer 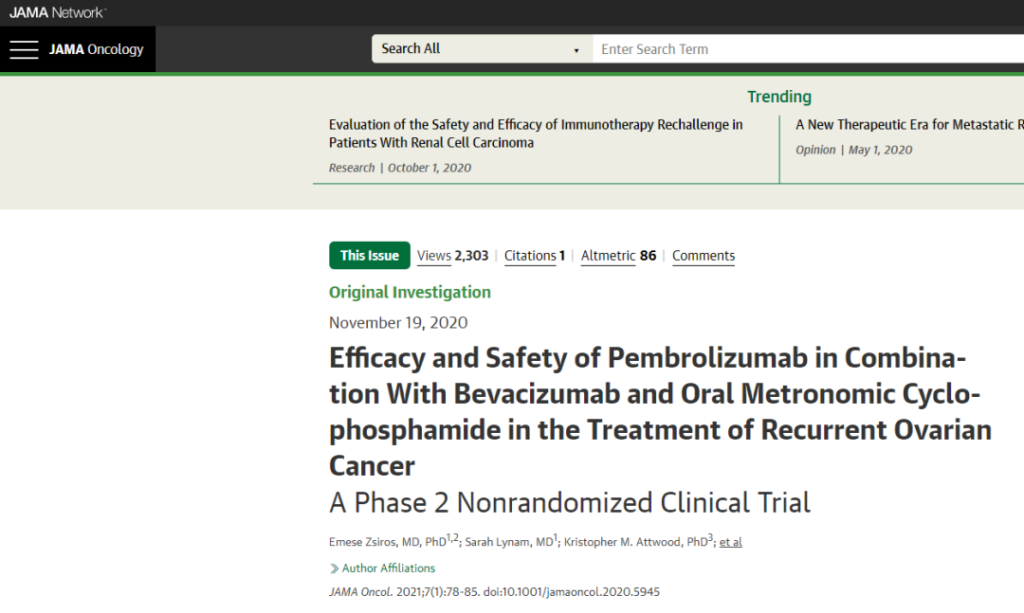 Immunotherapy has also been progressing in recent years, and it has begun to move towards 100% step by step.  Believe that with the progress of immunotherapy and the exploration of the combined use of multiple treatment methods, it is expected to help us better fight and even cure tumors. .

In the previous articles, we have already said that from the principle of immunotherapy, immunotherapy can be combined with surgery, radiotherapy and chemotherapy, and targeted drugs to improve the therapeutic effect.

On the one hand, we weaken the tumor itself (surgery, radiotherapy and chemotherapy, and targeted drugs directly target the tumor), on the other hand, we help the immune cells that fight cancer cells to recover or become stronger (immunotherapy), which may result in 1+1>2 Effect. It can be said that the combination of immunotherapy and other therapies for cancer treatment is indeed a direction that can be tried and is worth trying.

By combining PD-1 inhibitors and chemotherapy, the therapeutic effect of melanoma can be doubled, but what is unexpected is that if you try a bolder treatment: immunotherapy + targeted drugs + rhythm therapy (chemotherapy In the treatment of patients with advanced ovarian cancer, a 100% cancer control rate has been achieved.

This latest study was published in the top international journal “JAMA Oncology”. The data comes from a phase 2 clinical trial conducted by Professor Emese Zsiros from New York, USA. The results are surprising.

A total of 40 patients with advanced ovarian cancer were enrolled in this study. The patients participated in a clinical trial in an institution in the United States from September 6, 2016 to June 27, 2018, and from the start of enrollment until February 20, 2020. Relevant data collection will be conducted every day. The data of these 40 patients can be divided into 2 groups, one group is 10 patients who are sensitive to chemotherapy (platinum-containing regimen) but are subsequently resistant to chemotherapy, and the other group is shown to chemotherapy (platinum-containing regimen) at the beginning 30 patients who resisted.

After the first group of 10 patients received treatment, the effect can be said to be quite good. Most of the 6 patients have remission, one patient is stable for a long time, and the remaining 3 patients have stable tumors for more than half a year, and the overall tumor control rate has reached 100. %! This means that patients who are sensitive to chemotherapy may have a better therapeutic effect if they try this triple immune combination therapy.

Although the 30 patients in the other group were not sensitive to chemotherapy (platinum-containing regimens), they still achieved good results after triple immunotherapy. The tumors of 3 patients disappeared completely, and most of the tumors of 10 patients Remission, 15 people had stable tumors, and the overall cancer control rate was 93.3%.

Corresponding to the treatment effect, there is a more surprising harvest-patients receiving treatment generally can obtain long-term and long-lasting curative effect, and the median curative effect duration of treatment can reach 5.5-11.5 months, and until the end of observation At this time, the patient whose remission lasted the longest has been more than 3 years, and this duration is also quite good data.

It can be said that this triple immune combination therapy has created a new beginning, which is to combine a variety of different treatment methods together for treatment, so as to achieve a better solid tumor treatment effect. From this extension, there are many ways to combine and arrange, and it is possible to provide more personalized treatment plans for various cancer patients.

The current anti-cancer drugs are not ineffective, but there are few drugs that can produce 100% control effects on tumors. If a single drug fails to meet our expectations, can we try a combination of multiple treatments to improve the effect What?

In the past, it was possible that multiple treatments could not be performed at the same time due to the rejection between the drug and the mechanism of action. However, many studies have confirmed that the combination of immunotherapy and other therapies is not only feasible but also can improve the effect. This is We provide more ideas for fighting solid tumors.

Immunotherapy has also been progressing in recent years, and it has begun to move towards 100% step by step. I believe that with the progress of immunotherapy and the exploration of the combined use of multiple treatment methods, it is expected to help us better fight and even cure tumors. .