Nature: The reason Why elderly people are prone to cancer is related to mitochondria

The reason elderly people are prone to cancer is related to mitochondria.   Why the older you are, the more likely you are to get cancer. Mitochondria are the key. Mutations in mitochondrial genes related to aging cause metabolic changes

Metabolism is one of the key signs of tumor cells. As early as 100 years ago, Otto Warburg observed that tumor cells would preferentially use glycolysis to produce ATP instead of mitochondrial oxidative phosphorylation (OXPHOS). It is worth noting that, as a special semi-autonomous organelle, mitochondria have their own DNA and also perform the important function of an “energy factory” in the cell.

So, what is the connection between mitochondria and the occurrence and development of tumors?

This study shows that age-related mitochondrial DNA mutations cause defects in mitochondrial oxidative phosphorylation (OXPHOS) function, leading to changes in cell metabolism and accelerating the occurrence of intestinal tumors. 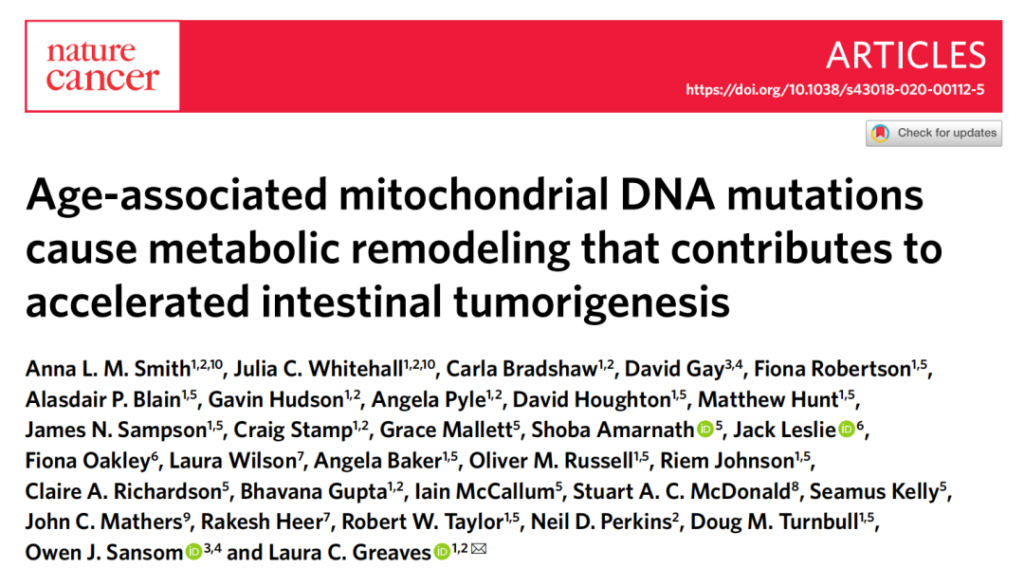 In fact, scientists have discovered that in tumor cells, the OXPHOS function of mitochondria is in a down-regulated state in many types of tumors. At the same time, the defects in the OXPHOS system are also a common feature in many human aging tissues.

Among the many types of cancer, colorectal cancer will increase with age and is closely related to mitochondrial DNA (mtDNA) mutations. Therefore, in this study, the research team led by Laura C. Greaves explored whether age-related mtDNA mutations play an important role in the occurrence and development of colorectal cancer.

To verify this, the researchers constructed a mouse model of colorectal cancer (Lgr5-creER; Apcfl/fl) in which the APC tumor suppressor gene was knocked out and defective in the OXPHOS system (Lgr5-creER; Apcfl/fl) with mtDNA mutations. Knockout of the APC tumor suppressor gene accelerated tumor cell proliferation and decreased apoptosis, resulting in larger tumors in these mice than in the control group. 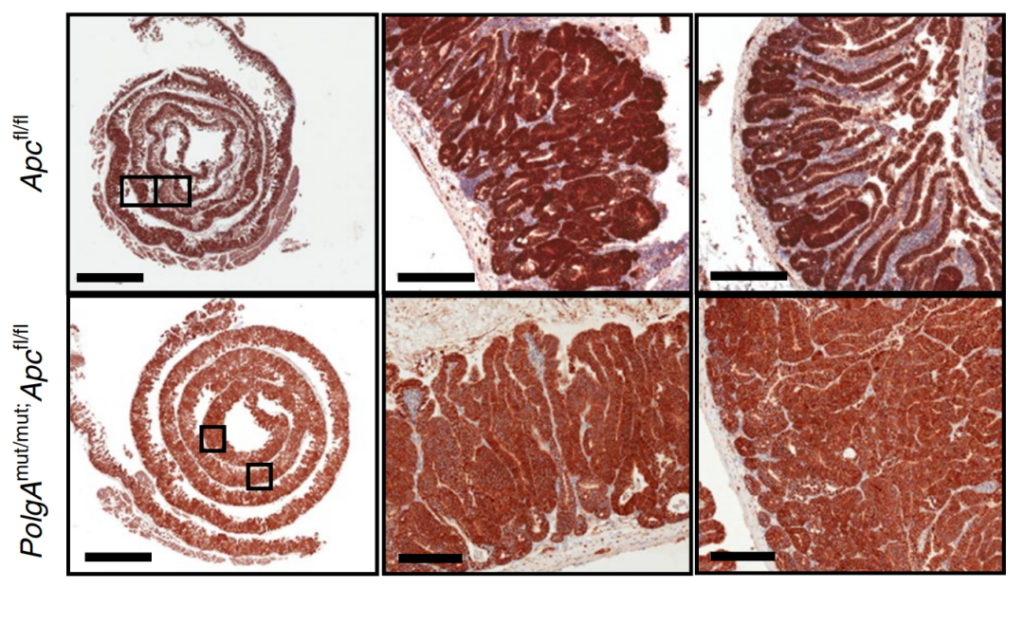 Then, the research team also discovered that these colorectal cancer cells can upregulate the de novo serine synthesis pathway (SSP) to undergo metabolic remodeling to deal with OXPHOS system defects.

At the same time, the research team also performed in situ immunohistochemistry (IHC) analysis in human colorectal cancer samples. They found that of 22 OXPHOS-deficient tumor samples, 18 had one or more mtDNA mutations. In addition, they also observed a similar mtDNA mutation profile in normal aging intestinal tissue samples.

In fact, there are multiple copies of the mitochondrial genome, but with age, different copies of mitochondrial DNA (mtDNA) will accumulate more and more mutations, until the same somatic mtDNA mutations accumulate to a high level in a single cell. , Which may eventually lead to defects in the OXPHOS system.

Anna Smith, the first author of the paper, said that a single or a few mitochondrial DNA mutations will not have much impact, but when these mutations accumulate to a certain extent, they will lead to OXPHOS defects and metabolic changes, which will provide in the process of tumorigenesis. The advantage of selective metabolism, in addition, the process of mutation accumulation is inseparable from aging!

Anna Smith also said that their research results also raise an important question-is there an increase in the incidence of colorectal cancer among patients with mitochondrial diseases caused by hereditary disease-causing mtDNA mutations? 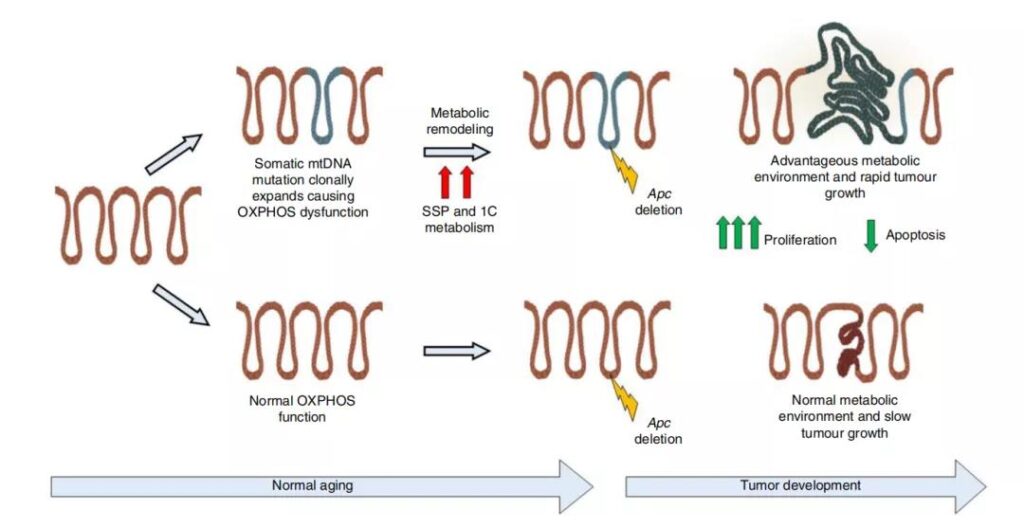 All in all, this study confirmed in mouse models and human clinical samples that with age, mitochondrial DNA (mtDNA) continues to undergo mutations, leading to defects in mitochondrial oxidative phosphorylation (OXPHOS) function, thereby changing the way cells are metabolized. , And ultimately accelerate the occurrence and development of colorectal cancer.

More importantly, this study also found that age-related mitochondrial OXPHOS defects can promote the growth and survival of intestinal cancer cells by up-regulating the serine de novo synthesis pathway (SSP). Given that metabolic pathways are important targets for tumor therapy interventions, they can be developed in the future Targeted drugs for SSP can effectively treat colorectal cancer and other intestinal tumors.