Red meats: DNA damage and colorectal cancer-related gene mutations.  Colorectal cancer (CRC) is a general term for cancers that initially develop in the tissues of the colon or rectum. It is one of the most common malignant tumors worldwide.

According to the latest global data released by the International Agency for Research on Cancer (IARC) under the World Health Organization in 2020, colorectal cancer is the third most common cancer after breast and lung cancer, accounting for 9.4% of patients.

The IARC working group investigated more than 800 studies in 2015, and the most influential evidence has shown a link between the consumption of red meat and processed meat and more than a dozen cancers, including colorectal cancer.

Factors such as higher intake of red meat and processed meat, lower dietary fiber, higher alcohol intake and lower education are known to be risk factors for colorectal cancer. However, the role of these factors in directly causing mutations in patients remains to be elucidated.

On June 18, in a new study published in the top journal of international cancer research, Cancer Discovery (IF=29.5), the journal of the American Association for Cancer Research, from the Dana-Farber Cancer Institute, Harvard Medical School, Oncology The research team led by Dr. Marios Giannakis, for the first time, linked the characteristics of colorectal mutations with the consumption of processed or non-processed red meat, provided a mechanistic link between the two, and further clarified the role of red meat in the occurrence and development of colorectal cancer. .

Preclinical model experiments have shown that eating red meat may promote the formation of carcinogenic compounds in the colon, but the study failed to show a direct molecular link with the development of patients with colorectal cancer.

The researchers said that there is currently a lack of proof that the specific mutation pattern of colorectal cancer patients is caused by the ingestion of red meat. Therefore, determining the molecular changes in colon cells that cause cancer can not only reveal the role of red meat in the development of colorectal cancer, but also provide new ways for cancer prevention and treatment.

In this study, in order to determine the relevant genetic changes, the researchers participated in three US national prospective cohort studies (Nurse Health Study I/II and Health Professional Follow-up Study) 900 matched colorectal cancer patients with normal and colon Rectal cancer tissues were subjected to whole-exome DNA sequencing. All patients provided information on diet, lifestyle, and other factors in the years prior to the diagnosis of colorectal cancer. 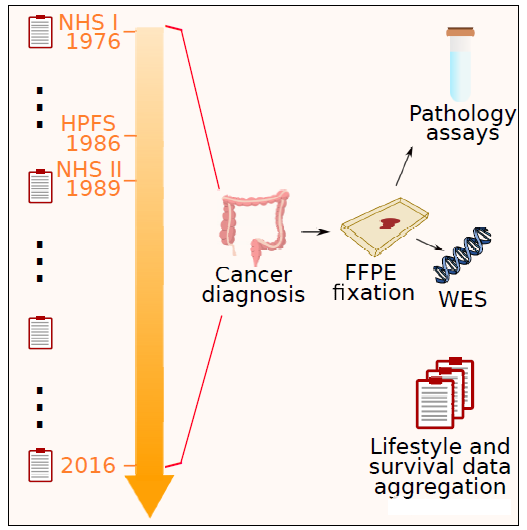 Analysis of DNA sequencing data showed that there are some mutational features in normal and cancerous colon tissues, including a feature that indicates alkylation, which is a form of DNA damage. DNA alkylation damage can lead to mismatches in the replication process, which has been thought to be the cause of gene mutations and related diseases. 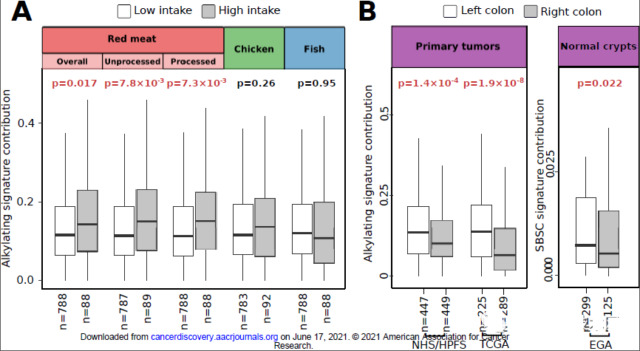 In previous studies, the Giannakis team found that eating red meat is related to the incidence of cancer in the distal colon. The alkylation damage of normal and cancer tissues in the distal colon was significantly higher than that in the proximal colon tissue.

The researchers used a predictive model to determine that KRAS and PIK3CA genes are potential targets for alkylation-induced mutations. Consistent with this prediction, they found that colorectal tumors with KRAS G12D, KRAS G13D, or PIK3CA E545K-driven mutations had a higher degree of enrichment in alkylation characteristics than tumors without these mutations. Alkylation characteristics are also related to patient survival: Compared with patients with lower levels of injury, patients with the highest level of alkylation injury on the tumor have a 47% higher risk of specific death from colorectal cancer. 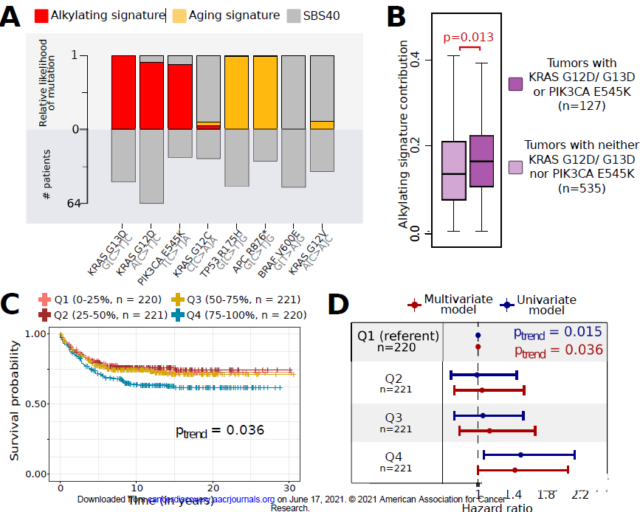 This study found for the first time an alkylation mutation signature in colon cells and linked it to red meat consumption and cancer driver mutations. These findings indicate that eating red meat may cause alkylation damage and induce carcinogenic mutations in KRAS and PIK3CA, thereby promoting the development of colorectal cancer.

The data provided by this study further supports the consumption of red meat as an important risk factor for colorectal cancer, and also provides opportunities for the prevention, detection and treatment of this disease. “
Giannakis explained that if doctors can identify individuals who are genetically prone to accumulate alkylation damage, they can advise them to limit their red meat intake as a precise form of prevention.

In addition, the characteristics of alkylation mutations can be used as a biomarker to identify patients with a higher risk of colorectal cancer or to detect cancer at an early stage. Since the characteristics of alkylation are related to the survival rate of patients, it may also be used as a prognostic biomarker. But Giannakis said that further research is needed to explore these possibilities.

The researchers pointed out that one of the limitations of this study is the potential selection bias of the study participants, because it is not possible to obtain tissue specimens from all the onset colorectal cancer cases in the cohort study. Currently, Giannakis’ team is exploring the potential role of red meat intake and alkylation injury in different patient groups.