On February 22, 1984, David, who had struggled with illness and loneliness for 12 and a half years, enjoyed the dignity and freedom of life and passed away quietly. Before his death, David’s mother finally touched him, the first and last time.

Severe combined immunodeficiency disease (SCID) is very rare and very serious, with an incidence of only one in 100,000. People with SCID do not have any immune system in their body, so they do not have any ability to resist bacteria and viruses. For patients, the outside world is full of fatal threats, and even a loving kiss or hug from the mother may bring terrible consequences to them, often due to infection soon after birth. 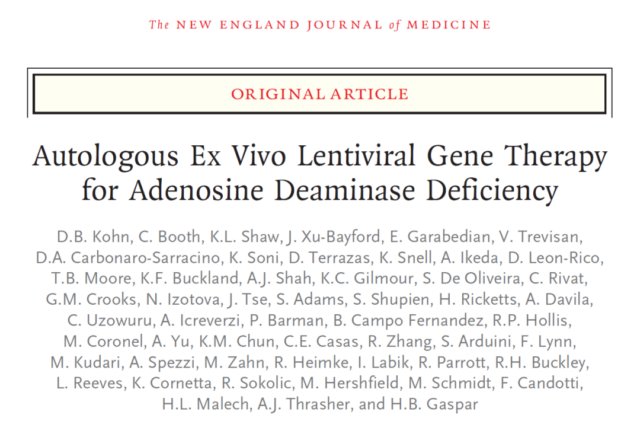 The research team used the patient font CD34+ hematopoietic stem and progenitor cells (HSPC) to transduce the correct adenosine deaminase (ADA) gene through self-inactivating lentivirus in vitro. These cells, which have been genetically repaired by the lentivirus, are then returned to the patient’s body.

The gene therapy was developed by Orchard Therapeutics, which was established in 2015 to treat rare genetic diseases through gene therapy.

The clinical results show that the lentiviral gene therapy for Adenosine Deaminase Severe Combined Immunodeficiency (ADA-SCID) has a significant effect. At the 24-month and 36-month follow-up, the overall survival rate of all 50 treated patients was 100%. 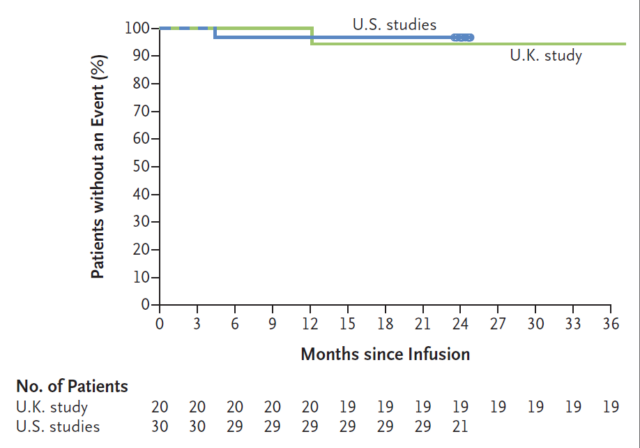 In addition, none of the patients found any signs of monoclonal amplification, leukocyte proliferative complications, or replication-type lentiviruses, and no autoimmune or graft-versus-host disease events occurred. Most of the adverse events were low-grade.

Prior to this, on April 18, 2019, the New England Journal of Medicine (NEJM) published a research paper from the St. Jude Children’s Research Hospital in the United States. The research team used the lentiviral gene therapy developed by Mustang Bio. Combined with low-dose busulfan, 8 babies with SCID-X1 were successfully treated. 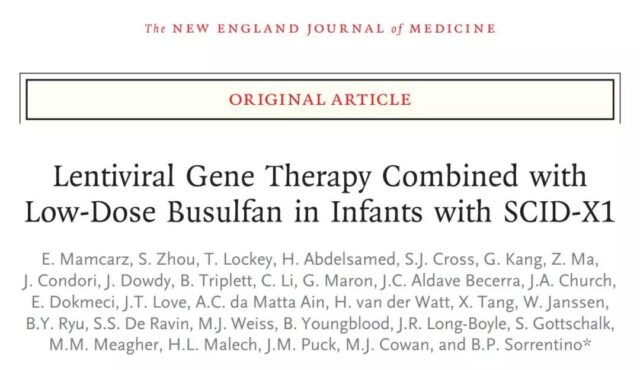