NEJM: Breakthrough! The treatment period for tuberculosis has been shortened by 30% to only four months.

A 4-month phase III clinical trial of tuberculosis treatment proved to be as effective as the 6-month standard treatment.

Pulmonary tuberculosis (TB), also known as the “white plague”, is a disease caused by tuberculosis bacillus infection. It usually causes lung infections and also infects other systems of the body. According to statistics from the World Health Organization, a quarter of the world’s population suffers from latent tuberculosis.

Currently, the standard treatment for tuberculosis consists of four drugs, rifampicin, isoniazid, pyrazinamide and ethambutol. With this treatment, approximately 95% of patients can be cured of tuberculosis.

Recently, researchers from the University of Texas Health Science Center published a research paper entitled “Four-Month Rifapentine Regimens with or without Moxifloxacin for Tuberculosis” in the top international medical journal “NEJM”.

The study showed that a 4-month phase III clinical trial of tuberculosis treatment proved to be as effective as the 6-month standard treatment.

The researchers said that the treatment time of the treatment plan was significantly shortened, not inferior to standard treatments, and it was safe and well tolerated. 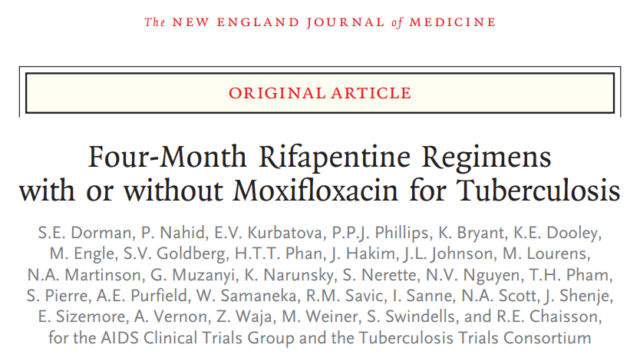 Participants were followed up for 18 months, and the main result of the study was TB-free survival within one year after the study was randomized. 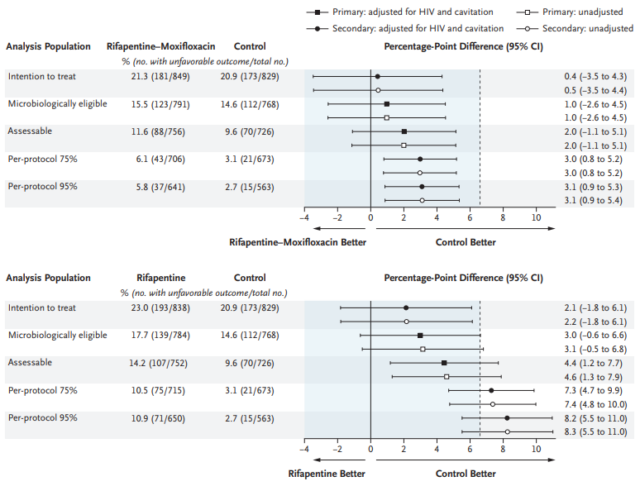 The study found that in the moxifloxacin group, the efficacy of the rifapentine-based 4-month regimen in the treatment of tuberculosis was not inferior to the current standard 6-month regimen.