Nature: Why people who have never smoked can also get lung cancer?

Nature: Nature: Why people who have never smoked can also get lung cancer?, and their cancer cells come from it?

In modern society, as the average life expectancy increases, lifestyle changes, and pollutants increase, the incidence of cancer is also increasing. Among the many types of cancer, lung cancer is undoubtedly one of the most terrifying cancers, and its morbidity and mortality are among the forefront of malignant tumors.

According to the latest global cancer burden data released by the International Agency for Research on Cancer (IARC) of the World Health Organization, in 2020 there will be 2.2 million new lung cancer cases worldwide (second only to breast cancer) and 1.8 million new lung cancer deaths (far more than others). Cancer). It is worth noting that most lung cancer patients have a history of smoking, but there are also 10%-20% of lung cancer patients who have never smoked. Moreover, women who have never smoked are more likely to develop lung cancer, and they develop the disease earlier than smokers.

Environmental risk factors, such as exposure to second-hand smoke, radiation, air pollution, and asbestos, or previous lung diseases, can explain some lung cancers among never-smokers, but until now, scientists still don’t know what causes these never-smokers. The specific cause of the patient’s illness.

On September 6, 2021, the National Cancer Institute (NCI), in conjunction with multiple research structures, published a research paper entitled: Genomic and evolutionary classification of lung cancer in never smokers in the journal Nature Genetics. 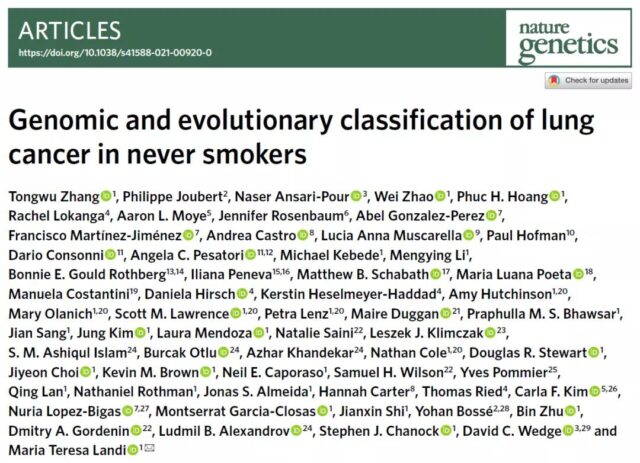 In this large-scale epidemiological study, researchers performed whole-genome sequencing on 232 never-smokers with lung cancer (mainly European descent), and compared and analyzed the genetic differences between their tumor tissues and normal tissues to describe Genomic changes in tumor tissue.

The tumor types of these lung cancer patients include 189 adenocarcinomas (the most common type of lung cancer), 36 squamous cell carcinomas, and 7 other types of tumors. At the time of the study, these patients had not yet received cancer treatment. 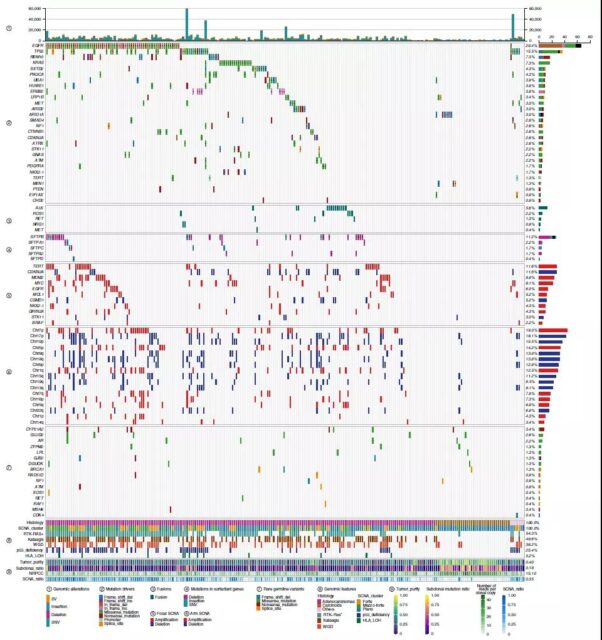 Then, the researchers sorted out the mutation characteristics of the tumor genomes of these never-smokers with lung cancer. Mutation characteristics are mutation patterns associated with specific mutation processes, such as damage caused by natural human activities (such as DNA repair defects or oxidative stress) or exposure to carcinogens. Mutation features are like archives of tumor activity, leading to the accumulation of mutations and providing clues for the development of cancer.

They found that most tumor genomes of never-smokers have mutations associated with damage to endogenous processes (that is, natural processes that occur in the body).

As expected, because the study was limited to people who had never smoked, the researchers did not find any mutations that were previously associated with direct exposure to tobacco. In addition, they did not find these characteristics in 62 patients exposed to second-hand smoke. However, in view of the small sample size of the study, the degree of exposure has also changed greatly, so further research is needed to confirm this.

Not only that, genome analysis also revealed three new molecular subtypes of lung cancer in never-smokers, and researchers named them based on the level of tumor genome changes.

The “piano” (musical term: weak) subtype has the least mutations. It seems to be related to the activation of stem cells. Tumors of this subtype grow very slowly, often take many years, and are difficult to treat because it may have many different Drive mutations.

The “mezzo-forte” (music term: mid-strong) subtype has specific chromosomal changes and mutations in the growth factor receptor gene EGFR, which is a common type of mutation in lung cancer and shows faster tumor growth. 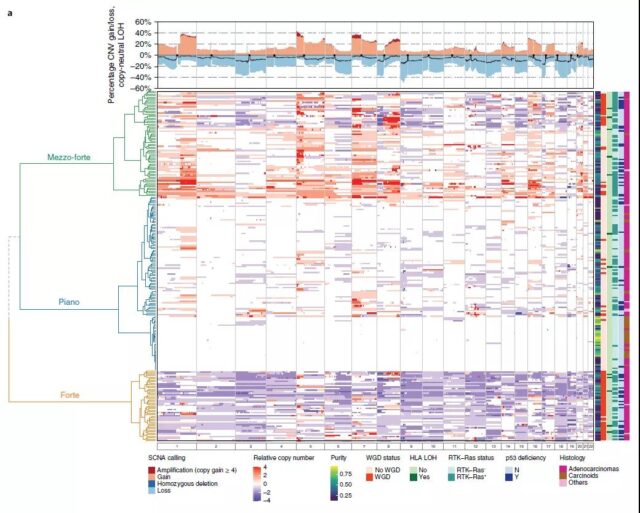 The corresponding author of this study and epidemiologist Dr. Maria Teresa Landi said: “What we see is that there are different subtypes of lung cancer among never-smokers, and they have different molecular characteristics and evolutionary processes. In the future, we It may be possible to perform different treatments based on these subtypes.”

More importantly, the findings of this study will guide the development of treatment methods for the prevention of lung cancer in never-smokers. For example, the slow-developing piano subtype can provide clinicians with a window of opportunity to detect these tumors early, because these tumors are not easy to treat. In contrast, the rapidly evolving mezzo-forte and forte subtypes have only a few major driver mutations, indicating that these tumors can be identified by a single biopsy and can benefit from targeted therapy.

Dr. Maria Teresa Landi said that the future research direction is to expand the research sample to cover people of different ethnic backgrounds and geographic locations, and have a good description of its history of exposure to lung cancer risk factors. He said: “We are just beginning to understand how these tumors have evolved, and our analysis shows that there is heterogeneity and diversity in lung cancer among people who have never smoked.”