Doctors can quickly identify 128 genetic diseases by scanning your face

[The Lancet Magazine] The accuracy rate is 88%! Can doctors quickly identify 128 genetic diseases by scaning your face? This is not a “Fantasy Night”, the new child genetic syndrome assessment model does it

A recent study published in “The Lancet Digital Health” shows that a child genetic syndrome assessment model based on machine learning can quickly identify genetic syndromes through facial features with an accuracy rate of 88%.

By providing screening and risk stratification, this technology can accelerate the identification of genetic syndromes and provide an opportunity for early preventive care, which may ultimately reduce morbidity and mortality.

Researchers at the National Children’s Hospital in Washington, USA have developed a new biometric analysis tool that can screen for 128 genetic diseases by observing children’s facial features.  Although the tool has not yet been approved for patient care, it has been licensed by MGeneRx to seek regulatory approval and commercialization to use it as a diagnostic and screening tool.

Researchers published an article titled “Development and evaluation of a machine learning-based point-of-care screening tool for genetic syndromes in children: a multinational retrospective study” in The Lancet Digital Health earlier this month.

Marius Linguraru, chief researcher at the Sheikh Zayed Institute of Pediatric Surgery Innovation at the hospital, said the machine learning model stratifies patients based on their genetic risk. Researchers observe photos of patients with genetic diseases of different races, ages, and genders to observe how these diseases manifest on their faces. Its purpose is to serve as a population screening tool that can indicate to patients who may benefit from further genetic counseling.

The tool has been in development since 2012. It has received two sets of training. One group is a picture of a child without genetic syndrome to understand normal changes and expected changes in facial features, and the other group is diagnosed with genetics. Photos of patients with disease to identify key markers.

The study subjects were 2,800 children from 28 countries. They had 128 different genetic conditions, including Williams-Beuren syndrome, Cornelia de Lange syndrome, and Down syndrome, ranging from newborns to late adolescence. 2800 retrospective facial photos of children, of which 1,400 children were diagnosed with 128 genetic diseases, and 1,400 photos of control individuals without genetic syndromes. The photos are traced from three publicly available databases, the archives of the National Children’s Fund, and photos taken with a smartphone in the hospital.

The deep learning architecture designed by the researchers consists of three neural networks: 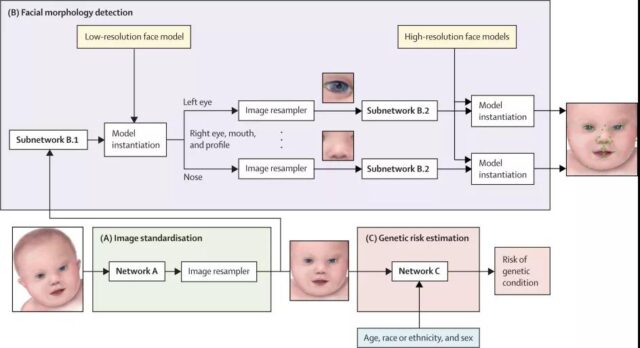 The research team split the photos into smaller parts for cross-validation and retrained the tool, Linguraru said, seeing improvements. But these improvements are not surprising, because as the machine learning algorithm sees more patients, it is “more good at determining” relevant facial features.

He said: “The more data it has, the smarter it becomes and the more focused it becomes.”

At present, research results show that the tool can identify patients who may have genetic diseases with an accuracy of 88%, a sensitivity of 90%, and a specificity of 86%. 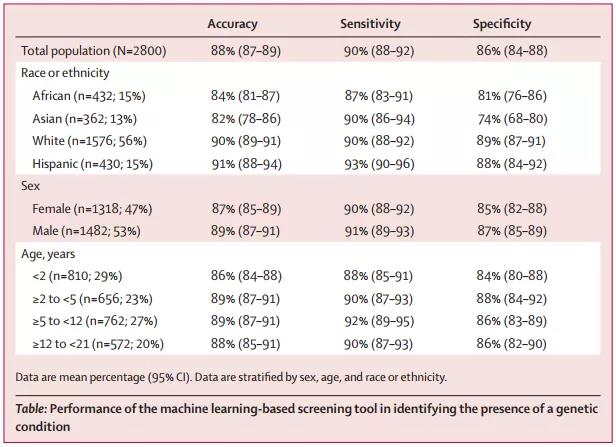 Linguraru said that the machine learning model “does in-depth analysis of the patterns of human faces.” The algorithm observes “everything on the face”, such as the pattern of lines and depressions on the face, the distance between the eyes and the length in a person, and then it “looks for changes” in these measurements. It then measures these distances and analyzes the pattern of these lines, returning a result in about a second, showing the patient’s risk of genetic disease. Although it can be used for people of all ages, the focus of development is for children under 21 years of age. 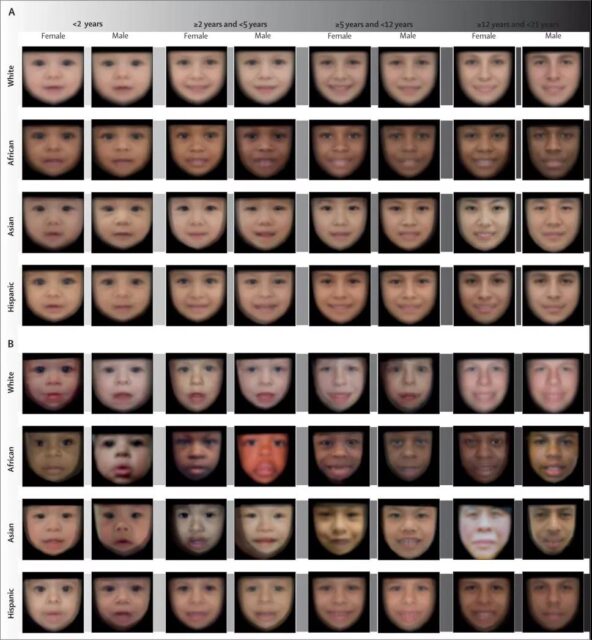 Linguraru said that by observing a global population that includes all races and mixed races, the team has worked hard to circumvent potential prejudices-some other facial recognition software tools are less efficient in detecting genetic syndromes in non-Europeans.

The research team tried to obtain “as much diverse data as possible to ensure that the tool can identify important facial features of all patients.” Linguraru said that there are also differences in the patterns and measurement methods of different ethnic groups, and this tool must be trained to realize this.

They also stated that they use a broad definition of race or ethnicity, and may not be able to distinguish more subtle differences in the population—for example, the Asian group includes patients from China, Japan, India, and Thailand. They wrote: “This broad group of individuals may be another reason for the difference in performance.”

The researchers pointed out that the next step for the tool is to use a prospective patient cohort for clinical validation and determine “sufficient operational threshold” in the classifier to provide “clinically meaningful” sensitivity and maintain acceptable specificity.

This tool is not for geneticists. Rather, it is for “first-level care”, such as primary care doctors, who can further guide patients.

Linguraru said that early detection of genetic diseases is beneficial because it can significantly improve the survival rate of patients, and patients can see genetic experts and receive preventive care more quickly.

There are also many other researchers who have used biometric analysis for medical diagnosis, including a German team that published a paper in 2003 to study whether computers can recognize facial patterns for specific diseases. A team from the University of Oxford and Chinese researchers have developed a tool that specifically recognizes the facial features of Turner syndrome.

In addition, Boston’s FDNA has commercialized Face2Gene, a facial recognition software used in genetics. In a study published in “Clinical genetics” in 2015, the accuracy of the software reached 87%. 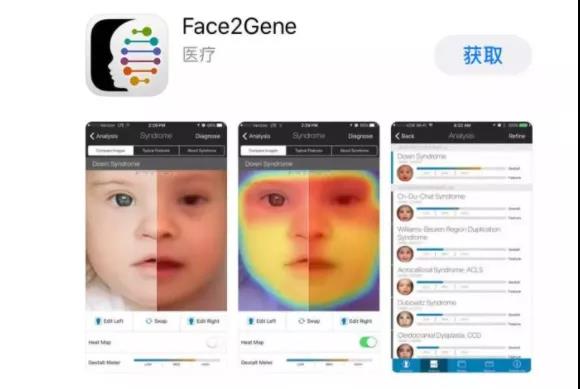 However, a new study published earlier this year in “American Journal of Medical Genetics” found that the overall diagnosis rate was 57%. When cases diagnosed with a syndrome not recognized by Face2Gene were eliminated, the diagnosis rate increased. To 82%.

All intellectual property rights related to the National Children’s Hospital tool have been licensed to MGeneRx, which will develop it into a commercial product in the future.

Nasser Hassan, the acting CEO of MGeneRx, said the company plans to use the technology primarily as a smartphone application because it will be “the most direct way to find a pediatrician.” The company also plans to work with different hospitals to integrate the tool into their electronic medical records, allowing pediatricians to use it directly for screening in the office.

Hassan said that the current main focus is to use it as a screening tool, which is exactly what it is cooperating with the US Food and Drug Administration, but MGeneRx also sees the potential of this technology as a diagnostic tool for rare diseases-it is actively working Explore this.

He said that MGeneRx is currently raising funds to further develop and commercialize the tool, and is seeking government, private and charitable funds. He added that the company is also improving the tool to make it work well on all different mobile devices.

It may also be authorized for use by hospitals or medical systems, rather than as a direct-to-consumer application-although it can be used directly. Hassan pointed out that for a “sensitive topic”, patients hope to get appropriate advice from a doctor.

He said the company is working to commercialize it first in the United States, which is expected to be realized within a year, and then expand to other countries, including low- and middle-income countries, where children may not be able to get genetic counseling. As long as it can connect to the Internet and adapt to the environment, it can be used anywhere.

Hassan said: “We developed it because of the social impact of such a product.”

Doctors can quickly identify 128 genetic diseases by scanning your face.