We often hear that DNA mutations can cause cancer, which is also considered to be one of the underlying causes of aging.

However, protein synthesis errors that affect the health of the body have been largely ignored. In fact, errors introduced during the synthesis of new proteins are more frequent than mutations during DNA replication.

The study found that reducing the naturally occurring errors in protein synthesis can improve the health and lifespan of different model organisms, proving for the first time the direct link between reduced protein errors and lifespan.

In addition, the researchers also found that some drugs approved for humans that can correct the mistranslation of proteins also have anti-aging properties. 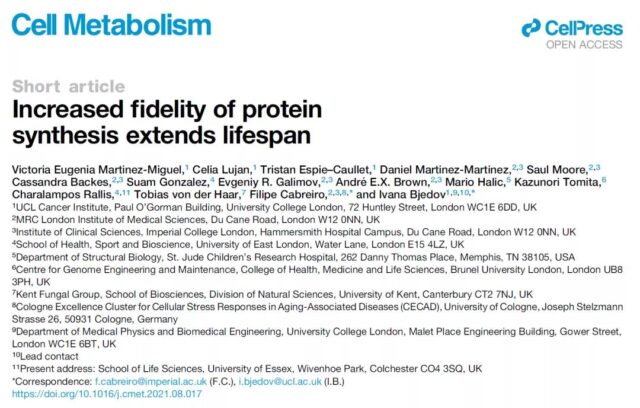 Protein is the main bearer of life activities. Although protein error translation is the most error-prone step in gene expression, there has been much less research and understanding of protein translation errors in the scientific community than DNA mutations.

The frequency of protein mistranslation is about one-thousandth to one-millionth, depending on the organism and codons, but even at the lowest frequency, it is higher than DNA mutations (one-in-a-million) Several orders of magnitude.

In fact, the breakdown of protein balance is a key factor in the occurrence of aging and age-related diseases.

Therefore, in the context of biological aging, a better understanding of the biological effects of protein translation errors is very necessary.

Dr. Ivana Bjedov from the Cancer Institute of University College London said: “In this study, we focused on protein errors. We tried to explain whether the reduction of protein errors could improve health and even prolong life.”

The research team investigated an evolutionary “ultra-precision” mutation, called RPS23 K60R, which was found in the ribosomes (organelles responsible for protein synthesis in the cell) of thermophilic archaea, which can be exposed to extreme heat. Single-celled organisms that survive under.

Dr. Ivana Bjedov said: “We hypothesize that improving the fidelity of protein synthesis may be an anti-aging intervention for multicellular organisms.

Therefore, we studied the physiological consequences of directly changing the single evolutionary conserved residue in the ribosome decoding center, and tested the effect of increasing the fidelity of protein synthesis on aging in a variety of model organisms for the first time. “

The researchers found that when the RPS23 K60R ribosomal mutation was introduced, yeast, Drosophila melanogaster, and C. elegans had fewer errors in protein translation, so they became more heat-resistant and lived longer.

This is also the first proof that changing an amino acid in the decoding center of the ribosome can reduce protein synthesis errors and improve the organism’s tolerance and lifespan.

Not only that, the research team also found that some drugs that have been approved for use in humans can reduce protein errors, such as rapamycin, Torin1 and trametinib.

Interestingly, these drugs are also considered anti-aging drugs. They affect the ability of cells to sense nutrients, so when used in small amounts, they can produce similarities to calorie restriction (a known treatment that is beneficial to longevity). Effect.

Dr. Victoria Eugenia Martinez-Miguel, the first author of this study, said: “People’s great interest in aging biology stems from the possibility that pharmacological methods can simulate the effects of longevity mutations on the body’s physiology, thereby improving the elderly’s physiology. healthy.”

All in all, this study found that reducing protein translation errors can improve the health and lifespan of multiple model animals.

Therefore, we can achieve higher translation accuracy through pharmacology to treat aging and age-related diseases, especially those neurodegenerative diseases that are affected by the deterioration of protease homeostasis. 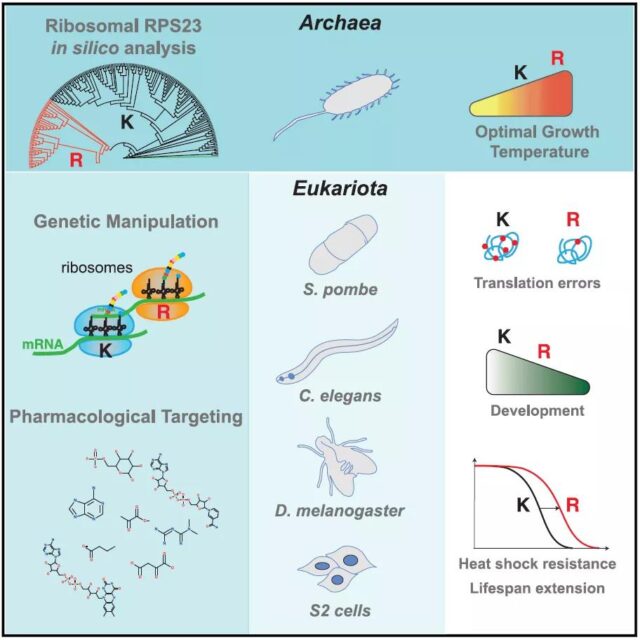 Dr. Filipe Cabreiro, the co-corresponding author of the study, noted: “This is the first study in a multicellular animal to reveal that fewer errors in proteins can increase health and lifespan.

We hope that this research can be extended to mammals, which may guide treatments that improve the health of the elderly. “