Japan will completely lift COVID-19 emergency and it caused controversy

Japan will completely lift COVID-19 emergency and it caused controversy.

For the first time in six months, Japan will completely lift the epidemic emergency, causing controversy.

According to a report on the website of the Japan Broadcasting Association (NHK) on the 28th, the Japanese government decided that from September 30th, the “Declaration of Emergency Situations” against 19 prefectures and prefectures including Tokyo, Osaka and Hokkaido will be lifted. “, and “key measures such as spreading prevention” for 8 counties including Kagawa Prefecture.

Kyodo News reported that it will be the first time since April 4 if the epidemic emergency and key epidemic prevention measures are completely lifted. 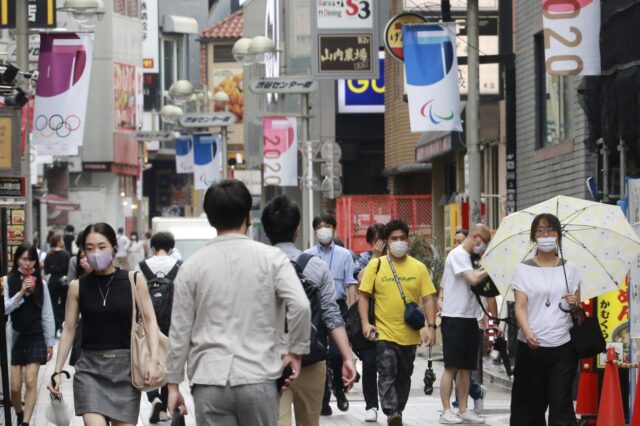 It is reported that on the 28th, the Japanese government held a COVID-19 pneumonia virus countermeasures headquarters meeting at the prime minister’s residence and made a decision to remove it.

At the press conference that night, Japanese Prime Minister Yoshihide Suga explained that the “declaration” and “measures” were lifted, saying, “At present, the occupancy rate of hospital beds in all prefectures is less than 50%, and the number of severely ill patients with COVID-19 pneumonia has increased from 9.

After reaching the peak at the beginning of the month, it showed a downward trend. At one time, more than 130,000 people across the country were isolated and recuperated at home, but now it has dropped to about 30,000, and it is still decreasing. The current situation meets the criteria for lifting the’declaration’ proposed by experts. So the decision was made.”

Behind the improvement of the epidemic is the increase in the coverage of the COVID-19 vaccine in Japan. As of the 24th, Japan’s COVID-19 vaccination had more than 150 million doses, and the proportion of the population who completed two doses was 55.8%.

Suga Yoshihide also said at the press conference that after the “manifesto” is lifted, it is still necessary to maintain a high degree of vigilance against the COVID-19 virus, and will gradually relax restrictions on restaurants, izakayas and other dining venues.

In addition, he also emphasized that the COVID-19 vaccination will be further promoted in the future, and research will be done to relax restrictions on the entry of international business people and foreign students into Japan. The Japanese government’s announcement of the lifting of the “declaration” and “measures” has received mixed reactions in Japan.

Some people think that lifting the state of emergency is beneficial to economic development, but there are also people who worry that it will lead to repeated epidemics if it is lifted too early.

Japan will completely lift COVID-19 emergency and it caused controversy