On October 4, local time, the Nobel Prize in Physiology or Medicine was announced. This honor was awarded to American researchers David Julius and Ardem Patapoutian. The two scientists were awarded for their breakthrough achievements in “discovering temperature and tactile receptors.”

Although most people hope that the Nobel Committee will endorse vaccine research, after all, billions of people have been vaccinated with the COVID-19 vaccine in the past year, and the vaccine has also saved countless lives. But this year’s Nobel Prize in Medicine or Physiology turned its attention to other research. 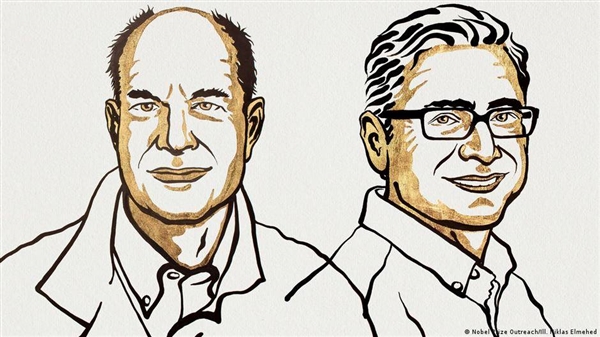 Winners of the Nobel Prize in Physiology or Medicine: American researchers David Julius and Ardem Patapoutian, these two scientists for “discovering temperature and tactile receptors” Awarded for breakthrough achievements

When explaining the reasons for the award, the Nobel Committee pointed out that two scientists, Julius and Pataptian, explained “how heat, cold, and tactile pressure trigger the human body’s nerve impulses, allowing us to perceive and adapt to this world.” .

The Nobel Prize Committee also emphasized that most people are accustomed to these perceptions, but they don’t know how these nerve impulses are triggered, and how they make us perceive temperature and pressure. This year’s award-winning scientists answered this through their own research. Very important question.

Some scientists are disappointed by the Nobel Prize’s “ignorance” of the COVID-19 vaccine. This “sentiment” is even more pronounced in messenger RNA technology (mRNA) vaccines.

“The Nobel Prize winners could have used this year’s awards to do something to directly assist the global health work, but they chose not to do so. This is completely negligent.”

Alexey Merz, a cell biologist at the University of Washington in Seattle, wrote on Twitter on October 6th, local time: “Research on the mechanism behind feelings” will lead to this year’s medical or physiology award Loss of life.

However, insiders of the Nobel Prize said that time, technical details and political factors mean that this year’s award evaluation is a long process. However, they did not ignore the impact of the COVID-19 vaccine and the potential progress.

“The development of the mRNA vaccine is a wonderful story, which has had a huge positive impact on humans. We are all very grateful to the scientists.” G?ran Hansson, Secretary General of the Royal Swedish Academy of Sciences in Stockholm, who was responsible for selecting the winners Say, “This is a discovery that will be nominated, but we need time.”

mRNA, “Birth is not in time”

This year, it is not good for the COVID-19 vaccine mRNA technology to win the Nobel Prize. Nominations for this year’s awards must be submitted before February 1. Hansen pointed out that this is more than two months after the first batch of mRNA vaccines and other vaccines have proved their effectiveness in clinical trials, and before their impact on the COVID-19 pneumonia is fully clear, “follow-up work is indeed still in progress. “.

History is also “shaking his head” about the COVID-19 vaccine. Santo Fortunato, a physicist and director of the Indiana University Institute of Network Science in Bloomington, said that over time, from discovery to gaining a promise The gap between the Bell Prize in Science is getting bigger and bigger, and it now averages more than 30 years.

The first experimental mRNA vaccines were tested in the mid-1990s, but the key advances in vaccine development by Moderna and Pfizer/BioNTech did not appear until the 2000s. It can even be said that the impact of the technology did not become apparent until this year.

But Fortunato said that major discoveries tend to be recognized more quickly. A potential parallel example of an mRNA vaccine is the detection of gravitational waves. Einstein predicted the existence of gravitational waves in 1915, but it took researchers a century to develop tools to detect them directly. The researchers announced their findings in February 2016, which left observations and theoretical work behind Of scientists won the 2017 Physics Prize.

Regarding the mRNA COVID-19 vaccine, Fortunato said, ” To be honest, I am not depressed if mRNA did not win this year, because I believe it will be awarded the Nobel Prize in the future, soon .”

When it comes to COVID-19 pneumonia, Brian Uzzi, a computational scientist at the Northwestern University Research Science Award in Evanston, Illinois, predicts that the Nobel Committee’s vision will be broader than vaccine development, he said, “No. The Bell Prize is more likely to be awarded to scientists who teach people how to fish rather than teach people how to fish. They like to give prizes to those who do basic research. These studies can continue and solve different problems, not just one. Kind of problem.”

Uzi speculated that the committee may be waiting to measure the impact of mRNA vaccine technology on other infectious diseases.

To whom? This is a problem

In fact, the mRNA COVID-19 vaccine has already won many important scientific awards. Last month, one of the breakthrough prizes with a prize of $3 million was awarded to two scientists. The modification they developed can suppress unnecessary immune responses. This technology is the successful development of vaccines by biotech companies such as Moderna and Pfizer/BioNtech. key.

Similarly, the researchers also won one of the annual awards of the Lasker Foundation, which is usually regarded as a “harbinger” of the Nobel Prize by some scientists. The Nobel Prize Committee is often interested in research that will stand the test of time, rather than the latest developments, so Uzzi predicts that there will be more awards for mRNA vaccines before the Nobel Prize “knocks”.

Scientists say that if the vaccine is awarded the Nobel Prize, the committee will need to make some difficult decisions about who to commend and what to commend. David Naylor, a doctor and scientist at the University of Toronto in Canada, said: “I hope the committee will not focus on the academic and corporate teams developing vaccines, but instead focus on more basic work, such as the basis of mRNA vaccines. Researcher.”

Arturo Casadevall, a microbiologist at Johns Hopkins University and Bloomberg School of Public Health in Baltimore, Maryland, also believes that “mRNA vaccines are obvious candidates, but vaccines are deeply developed. Rooted in several disciplines, the committee needs to take time to determine who is contributing. After all, many fields have contributed.”

Hansen said, “It will take time to give credit to the right person and the right discovery. Please give time for the Nobel Prize.”