These findings, together with the recent Phase 3 clinical data published in the “Lancet Infectious Diseases”, support the potential preventive use of this vaccine program to protect people at risk of Ebola (Ebola) crowd.

Johnson & Johnson’s Ebola vaccine program (Zabdeno®+Mvabea®) received marketing authorization from the European Commission (EC) in July 2020, and was prequalified by the World Health Organization (WHO) in April 2021.

Since the outbreak of the West Africa epidemic in 2014, with the power of global public-private cooperation, Johnson & Johnson’s Ebola vaccine program (Zabdeno®+Mvabea®) obtained regulatory approval in less than 6 years.

The specific vaccination plan of this vaccine program is:

(1) Zabdeno® is used as the first immunization vaccine, which is developed based on Janssen’s AdVac technology;

The data published in the journal PLOS Medicine come from the second phase of the EBL2002 study. The study was conducted in Burkina Faso, Côte d’Ivoire, Kenya and Uganda and enrolled 668 healthy adults and 142 HIV-infected adults. During the study, no worrying safety signals were found. 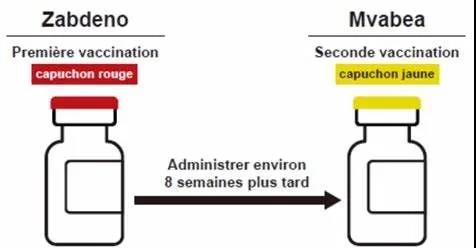 This is critical to our vision of protecting the world’s most vulnerable and underserved people (including those living with HIV) by preventing an Ebola outbreak before the Ebola outbreak.

Recently, the Ebola virus The re-emergence of the Democratic Republic of the Congo is the latest in a series of outbreaks in Africa last year, which further illustrates the need to take a proactive approach to address this continuing public health threat.”

Since the Ebola virus was discovered in 1976, more than 30 outbreaks have been announced, the most serious of which has occurred in Africa in the past seven years. Johnson & Johnson accelerated the development of an Ebola vaccine at the beginning of the 2014-2016 Ebola crisis, which caused more than 11,000 deaths.

Johnson & Johnson responded to the recent Ebola epidemic by providing vaccine programs to governments and the World Health Organization (WHO).

The most recent time was in May 2021, Johnson & Johnson announced that it would provide up to 200,000 doses of Ebola vaccine to support the WHO’s early access to clinical programs in response to the Ebola outbreak in Guinea and the prevention of Ebola in West Africa.

In addition to assisting in the response to the epidemic, the company is also committed to ensuring that the countries and communities most in need in Africa have wider access to its Ebola vaccine program.