Recently, there have been reports that after the Tokyo Olympics ended in mid-August this year, the COVID-19 epidemic in Japan was effectively controlled nationwide, and the number of newly diagnosed patients showed a cliff-like decline.

According to data from the Ministry of Health, Labour and Welfare of Japan, the number of new confirmed cases per day in Japan has fallen below 1,000 since October 7. On October 31, a total of 215 people were diagnosed across Japan, and 14 new cases in 47 prefectures were cleared. In Tokyo, there were only 9 new confirmed cases on November 1. 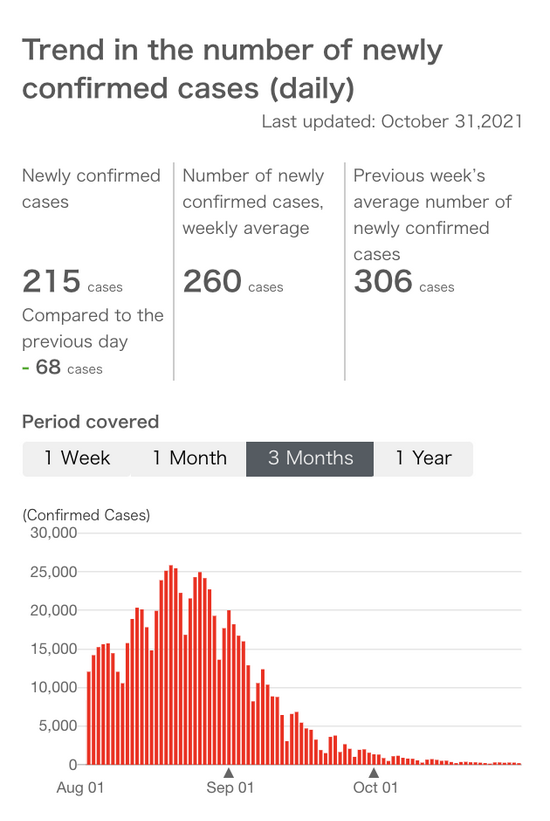 Visualized data from the Ministry of Health, Labour and Welfare

However, while the number of confirmed diagnoses announced in Japan continues to decline, voices of doubts such as “data falsification” are gradually rising.

A few days ago, the famous Korean current affairs commentator Kim Yu-joon accused the Japanese government of “fraud” in his personal program “Kim Yu-joon’s News Factory”, saying that the Japanese media did not point out the government’s improper behavior. At the same time, Some voices said that Japan’s apparent “cooling of the epidemic” may be due to the decrease in the number of nucleic acid tests.

So, are the confirmed data released by the Japanese government accurate? Has the number of nucleic acid tests been reduced? Are there other explanations that might cause the infection rate to fall?

Are the confirmed data accurate?

The Ministry of Health, Labour and Welfare has attached an explanation of the data sources and statistical methods under the chart of newly diagnosed people in a single day announced by it. The note shows that the number of newly confirmed diagnoses in Japan is calculated based on data from the HER-SYS system. However, the value within 14 days from the date of information update is calculated by accumulating the number of cases issued by each local government (including re-positive cases). 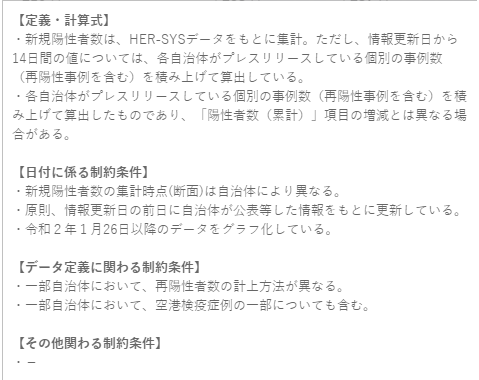 According to the Ministry of Health, Labour and Welfare, HER-SYS is a national information collection system designed by the Japanese government in response to the COVID-19 epidemic and will be put into use at the end of May 2020. Any medical institution and individual can log in to the system to report the diagnosis information in a timely manner.

Nevertheless, the accuracy of the statistics obtained by HER-SYS is often questioned. As early as mid-February this year, the Japan Jiji News Agency reported that the Minister of Health of the Ministry of Health, Labour and Welfare, Mr. Masabayashi, publicly admitted to the public at a meeting of the House of Representatives held on February 17 that：

Japanese government’s statistics on the number of newly infected people with the COVID-19 The method is obtained by entrusting the employees of the outsourcing company to go to the official website of 47 prefectures and prefectures to confirm the data with human eyes after 24 o’clock every night, and then calculate it manually.

The then Japanese Prime Minister Yoshihide Suga also stated that he was aware of the matter.

On October 30, the Japan Broadcasting Association (NHK) reported that the Tokyo Metropolitan Government announced on October 29 that it would monitor the number of infections announced in the six months from April 2, 2021 to October 2, 2021. Large-scale correction.

A total of 4,512 cases of COVID-19 pneumonia infection were missed, and another 447 cases were double-counted, which means that the actual number of people infected with the virus in Tokyo during this six months needs to increase by 4065. 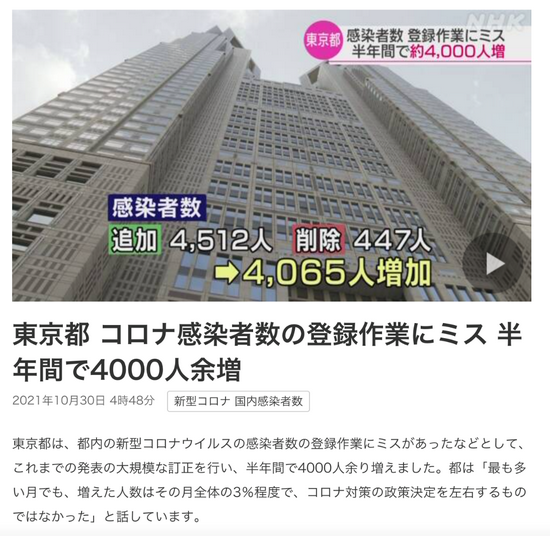 When reporting on this amendment, the “Daily Shimbun” pointed out that the information of infected persons is stored in the HER-SYS database. It stands to reason that when using this system, the staff of the public health organization need to click on a special button to indicate these cases. Has been confirmed by the Public Health Center.

But in practice, a large number of public health organizations have forgotten to confirm the data because they are busy responding to the needs of patients. A Tokyo Metropolitan Government official admitted to the Mainichi Shimbun: “We are reflecting on the fact that we cannot accurately transmit the daily (confirmed) numbers.”

Has the amount of nucleic acid detection decreased?

According to the Japanese Ministry of Health, Labour and Welfare, those who are judged by doctors as potentially infected persons need to undergo nucleic acid testing. In addition, in Japan, people can apply for testing on their own, and testing is provided by governments, universities, local organizations, and private organizations. 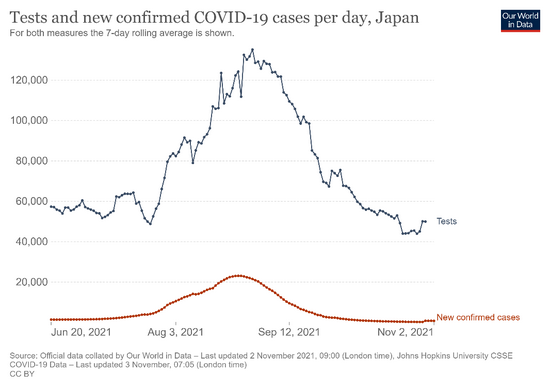 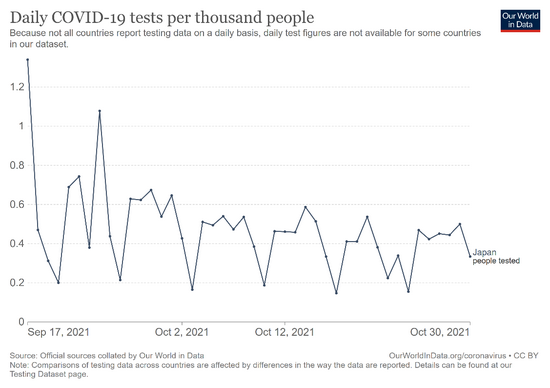 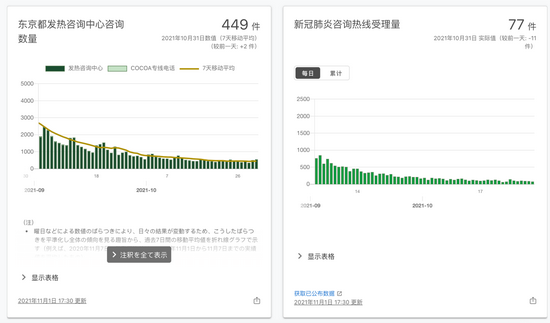 Correspondingly, in the first week of September (August 30 to September 6), a total of 101,177 samples were tested in Tokyo, and by the last week of October (October 25 to October 31), the test The number of samples was reduced to 40,251, and the total detection volume dropped by 60.2%.

In addition, despite the decline in the number of tests, the positive detection rate in Japan has increased significantly compared with August, rising from less than 6% to around 7%. 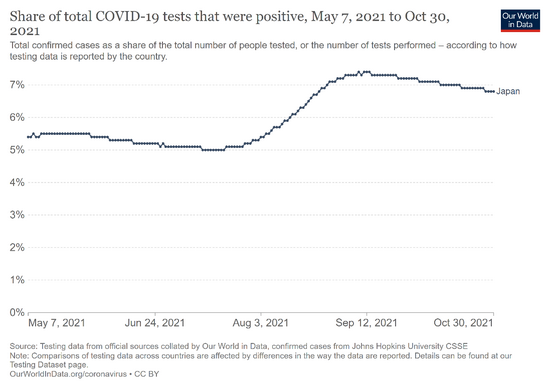 Other factors that may cause the infection rate to fall

The New York Times reported on October 28 that even Japanese experts did not know exactly what caused the sudden drop in the number of new infections in Japan every day, but they all believed that the high vaccination rate and the population wearing masks Behavior may be an important factor in curbing the spread of the virus.

In comparison, 80% of the people in South Korea, which is only a thin strip of water with Japan, have completed the first dose of vaccination, and 75% have completed the full vaccination, and the number of vaccination shots per 100 people has reached 152. However, since the beginning of July, in South Korea, where the total population is less than half of Japan, the number of daily cases has remained above 1,000, and it has continued to rise. 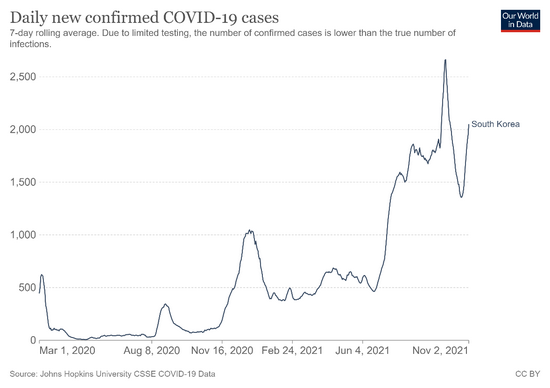 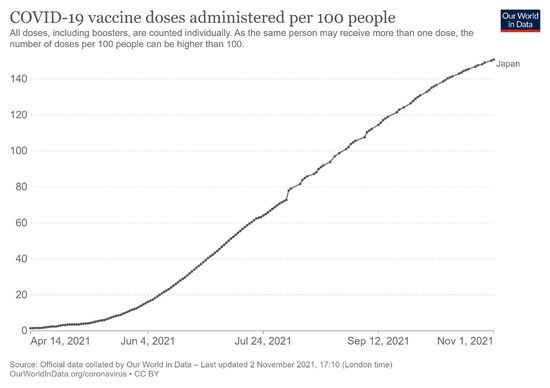 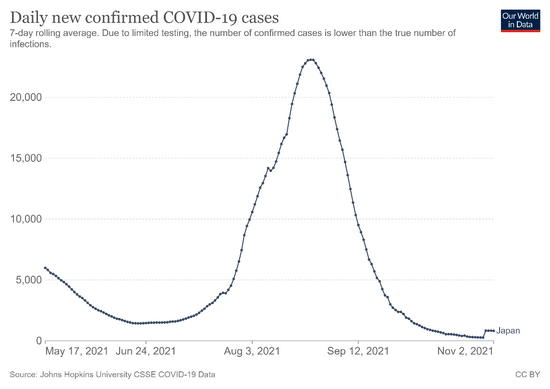 Therefore, the sudden “cooling” of the epidemic in Japan is attributed to vaccination or inaccuracies.

In response to the cliff-like decline in the number of confirmed diagnoses, Japanese officials have also given many other explanations, including the reduction in the flow of people, the active cooperation of the people, and the alleviation of congestion in medical facilities.

When Reuters interviewed Kyoto University professor Hiroshi Nishiura in early October, the latter stated that the main reason for the sharp increase in the number of summer cases and the subsequent sharp drop was the change in human activities.

From mid-July to early September is the traditional summer vacation for Japanese schools, during which national holidays such as Sea Day (July 22), Sports Day (July 23), and Mountain Day (August 8) are interspersed.

Hiroshi Nishiura believes that during holidays, people are more likely to interact and eat in a face-to-face environment, which intensifies the spread of the epidemic. He also pointed out that the new round of epidemic growth in South Korea and Singapore since September may also be related to their mid-year holidays.

The Japanese government’s COVID-19 epidemic expert group Nagao Min Shigeru also expressed similar opinions at a September 28 press conference, saying that as the holidays are over, the flow of people decreases and the efficiency of virus transmission decreases.

However, it is still difficult to determine what factors have played a decisive role in the prevention and control of the epidemic in Japan. However, there has been a saying in Japanese academic circles recently that the toxicity of the new coronavirus may have been weakened.

According to Japan’s Kyodo News Agency, on October 30, Japan’s National Institute of Genetics and Niigata University published a joint study, suggesting that the cessation of the epidemic in Japan may be related to changes in an enzyme called “nsp14” in the delta strain of the new coronavirus. . This enzyme can repair the virus and make the virus continue to multiply. With the decrease in the effect of the nsp14 enzyme, the new coronavirus is too late to “repair the mutation” and cause it to self-digest. 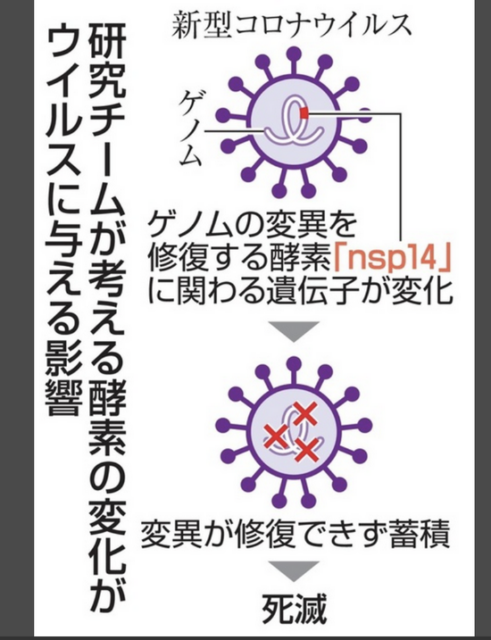 The research results were first published by Professor Ishiro Inogami from the National Institute of Genetics at the 66th Congress of the Japanese Society of Human Genetics on October 15.

However, it can be seen from the topic published at the conference that the main object of the research on Inoshang is the COVID-19 mutant strain in Shizuoka Prefecture.

Whether its research results can be extended to virus strains in other prefectures in Japan is still open to question. 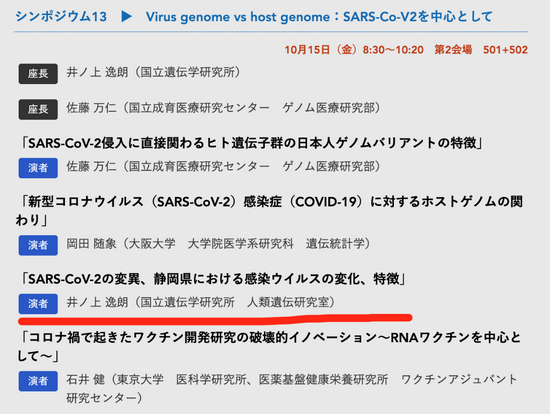 Based on the information currently available, we can know: