She became a millionaire after receiving two doses of COVID-19 vaccine.

According to a report by the 7th News Channel of Australia on the 8th, a female student in New South Wales of the country won the “Million Australian Dollar Vaccine” award after receiving the second shot of the COVID-19 vaccine, and transformed into a millionaire.

According to the report, after winning the prize, 25-year-old Zhu Qiongna said: “I’m dreaming, is this true? I can’t believe it.” She plans to spend part of the money she won on her family. “If Yes, I want to pick up my family during the Spring Festival. I will buy them first-class tickets and let them stay in a five-star hotel.” 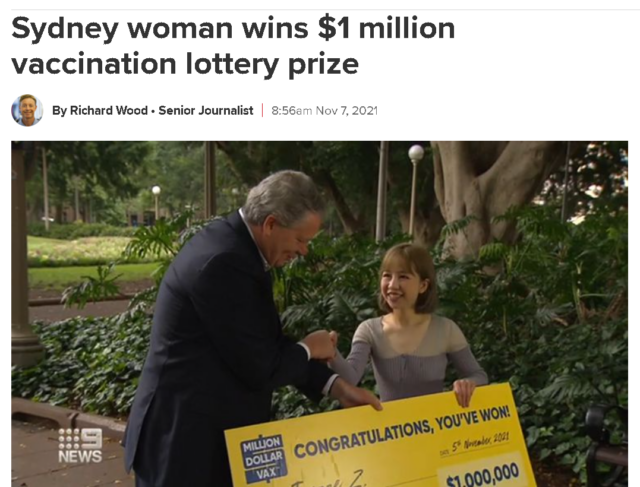 She also plans to buy some gifts for her family and then use the remaining money For investment, “so that I can make more money in the future.”

The “Million Australian Dollar Vaccine” award was initiated by a charitable organization in the country to increase the local COVID-19 vaccination rate to more than 80%. The agency’s spokesperson Winkler said that the girls’ joy of winning is beyond words. It is reported that Australia has reached an 80% vaccination rate target on the 6th.

Previously, many “anti-vaccine” groups in Western countries, including Australia, were instigated by conservative forces in the United States, and caused serious disruption and damage to the epidemic prevention policies and vaccination work of these countries.

So Australia and even the United States and other countries have appeared in this way of using bonuses to motivate people to vaccinate.

However, a report in the US “Wall Street Journal” stated that an investigation found that such cash incentives would not change the minds of those who opposed vaccination. 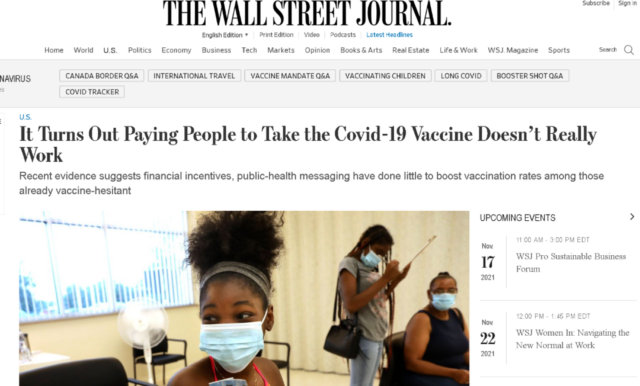