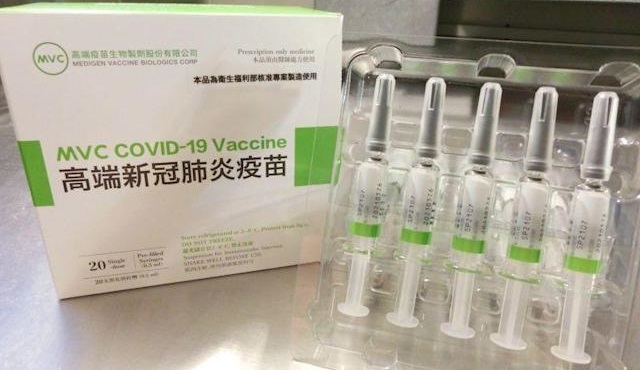 According to the report, since the official vaccination of the Midgen vaccine, 286,957 people have been vaccinated, and a total of 4 deaths after vaccination have been reported. 1 case of aortic dissection, 1 case of drug use, and 1 case of chronic disease are known. Is the exact cause of death related to the vaccine? The relevant remains to be clarified.

In this regard, Chen Shizhong, the commander of the epidemic command center in Taiwan, said on the afternoon of August 25 that in addition to clarifying the cause of death, it will also analyze whether the death is related to a specific vaccine batch number. If there is any doubt, experts will be invited to discuss it.

Previously, the Taiwanese media ChinaNews reported that on August 24, Taoyuan City reported the first case of unwell death after a Midgen vaccine was administered.

According to reports, the deceased was a 56-year-old Malaysian writer surnamed Lu. He was given a Midgen vaccine on the 23rd. On the morning of the 24th, his family members found that he had no breathing or heartbeat. He was still declared dead after being sent to the hospital for emergency treatment. Whether the cause of death was related to the vaccine remains to be investigated. . Family members said that he has a history of hypertension, but no other physical diseases.

Another Taiwanese media revealed that the deceased was named Lu Zhijun, a Malaysian national, and he was 56 years old. Lu Zhijun also posted on Facebook on the morning of the 23rd that his family of three went to Taoyuan Dayuan International High School to get Midgen vaccines, and said that he was honored to get Midgen vaccines in the same batch with Taiwanese leader Tsai Ing-wen. Lu Zhijun also shouted in his Facebook message, saying that scientifically proven, Midgen vaccines are the most effective and safest.

The R&D and production company of Midgen vaccines is Midgen Vaccine Biologics Co., Ltd. (MVC). Before the COVID-19 pandemic, the company was mainly engaged in the R&D and production of enterovirus and influenza vaccines. According to the company’s website, the “Midgen vaccine” is a recombinant subunit protein vaccine, developed by a Midgen vaccine company in cooperation with the National Institutes of Health (NIH) to transfer the genetically recombinant S-2P spike protein technology to Taiwan.

On August 23, the Midgen vaccine company officially announced the launch of its COVID-19 vaccine MVC-COV1901. On the day of vaccination, Taiwanese President Tsai Ing-wen also vaccinated.