Taiwan’s COVID-19 fatality rate exceeds 4% and ranks No.1 in the world

[Global Times Comprehensive Report] Suspected adverse events caused frequent sudden deaths after the island was vaccinated with the AstraZeneca vaccine donated by Japan. According to news from Taiwan’s United News Network on June 22, the death toll after vaccination that day was 35, far exceeding the 6 deaths due to COVID-19 pneumonia. 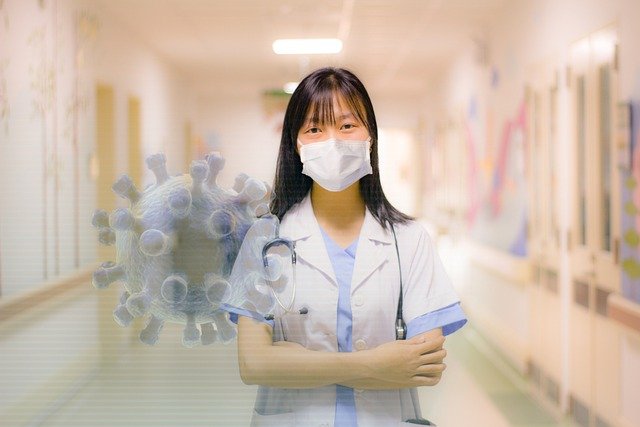 The successive unidentified deaths have seriously affected the people’s willingness to vaccinate. The Taichung City Government investigated the reasons why 446 middle-aged and elderly people were not vaccinated in the UK, and found that 41% were worried about sudden death and side effects caused by vaccination.

“Taiwan Daily News” stated on the 22nd that the former “Director of the Disease Management Bureau” Su Yiren once said that for people whose family members are vaccinated to death, their family members are dead. But obviously, the DPP authorities do not seem to want to do this.

Perhaps they are worried about the fact that most of the deaths are actually caused by vaccination after the autopsy, and they are also worried about subsequent compensation and international negotiations (such as the problem of good and bad vaccine donated by Japan) . The article bluntly stated that it is not a responsible move to deliberately push the chronic disease history to the vaccinated before death.

At the same time, the fatality rate in Taiwan remains high. Taiwan’s Epidemic Prevention Command Center announced on the 22nd that there were 79 new confirmed cases on the island that day, including 78 local cases and one overseas immigration, and 6 new deaths among the confirmed cases.

Lin Yingran, chairman of the Taiwan Primary Medical Association, said that since the implementation of the third level of alert in Taiwan, the number of new cases has soared from double digits to more than 400 cases every day, and even as many as 700 cases one day. Because the number of infected people cannot keep up with the number of beds, and there are more middle-aged and elderly people, and there are many chronic medical histories, many people still lack surgery even if they are sent to the hospital for treatment.

Some patients have to wait for hospital beds at home, or cannot be treated immediately when they are in the epidemic prevention hotel, and die of “hidden hypoxia.” Lin Yingran said frankly that the amount of medical care in Taiwan has been trapped in a vicious circle in the past. If the epidemic in Taiwan can be controlled within this week and the fatality rate will fall in double digits, it can be expected.

As for the mixed-playing strategy adopted in some areas to increase the speed of vaccination, Zhang Shangchun, the convener of the Taiwan Expert Advisory Group, said on the 22nd that because there is no international data on AstraZeneca before playing Moderna after vaccination, mixed-playing is not recommended.

Taiwan’s COVID-19 fatality rate exceeds 4% and ranks No.1 in the world