India’s terrorist virus spreads from person to person, with a fatality rate of 75% and no cure! A 12-year-old boy died of infection!

May pose a greater threat than the COVID-19 epidemic

The Delta variant that was first discovered in India is still raging around the world, but it was unexpected that a wave of unrest occurred again. Recently, a rare virus that is more deadly than the COVID-19 virus appeared in India, which has already caused the death of a boy! 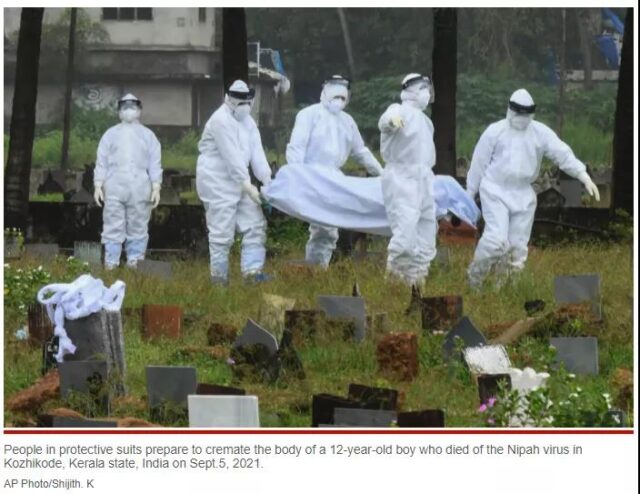 In the state of Kerala in southwestern India where the COVID-19 virus is raging, according to local officials, an unidentified 12-year-old boy was infected with Nipah virus and died on Sunday.

According to reports, the boy’s family suspected that he might have contracted the virus after consuming rambutan and died after developing fever, encephalitis, and myocarditis.

The boy was hospitalized with fever last week and died early on Sunday after testing positive for the Nipah virus. This put the local health bureau on high alert. 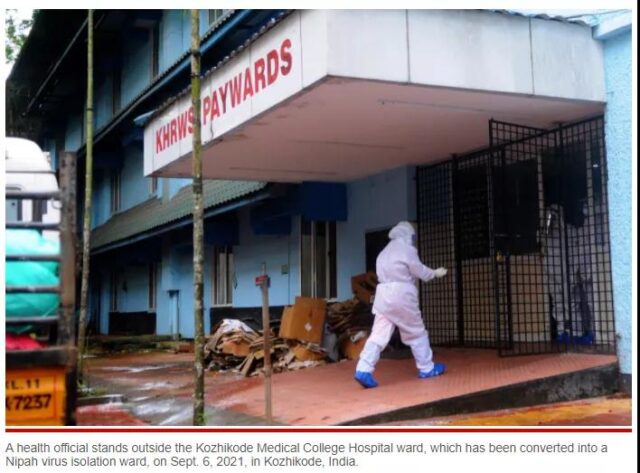 According to local media reports, the boy had been to two other hospitals before his death and may have been in contact with hundreds of people. At present, 11 people have developed underlying symptoms.

Nipah virus first broke out in Nipah, Malaysia in 1998, causing 265 infections and 105 deaths.

Viruses are usually carried by bats and spread. They have a wide host range and have recently appeared as pathogens that can cause zoonotic infections, causing diseases and even deaths in domestic animals and humans.

According to estimates by the World Health Organization, the death rate of Nipah virus is between 40% and 75%, so it is more deadly than the new coronavirus.

The CDC of the US Centers for Disease Control and Prevention said that in previous epidemics, it has been proved that Nipah virus can spread from person to person. This has aroused people’s concern that Nipah virus will start a global pandemic like COVID-19.

The local media “India Today” also warned its readers: “If the epidemic goes out of control, depending on the nature of the Nipah virus infection, it may pose a greater threat to public health than the COVID-19 epidemic.”

Kerala handled a Nipah virus outbreak in 2018, when a dozen people died. At this point in time, the sudden appearance of Nipah virus is even more scary, because the key symptoms of Nipah virus are very similar to those of COVID-19, including fever, cough, sore throat and difficulty breathing.

However, the local COVID-19 epidemic in Kerala is still quite serious. There were nearly 20,000 COVID-19 infection cases on Monday, which accounted for the vast majority of India’s total number (31,222) at that time.

Because the symptoms are similar, it is difficult to distinguish whether the patient is infected with the new coronavirus or the Nipah virus, which also allows the spread of the virus. 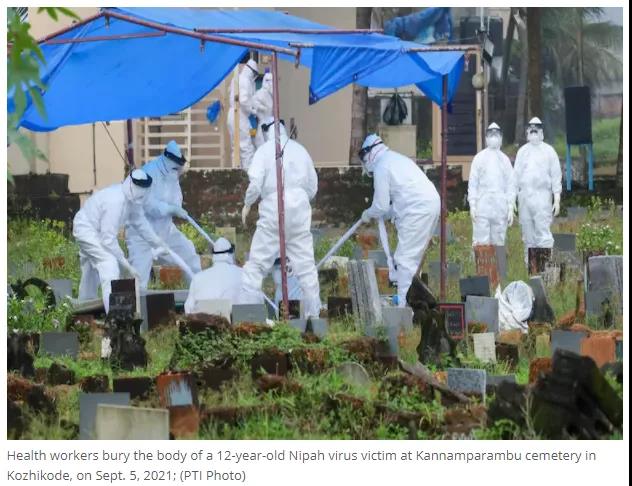 In addition to symptoms such as fever and cough, infected people often suffer from encephalitis or swelling of the brain. If they are lucky enough to survive, they will often experience constant convulsions and even personality changes.

The CDC warns that this infectious disease can remain dormant in the patient’s body, and that the patient may suddenly become ill “months or even years after exposure” and may die as a result.

There is currently no vaccine for Nipah virus. The only treatment is to provide supportive care to the patient to control complications and make the patient feel as comfortable as possible.

At present, more than 100 potential contacts of the boy who died in India have been quarantined, and 48 of them are being monitored in a hospital in Kerala.

The Health Bureau has sealed a 3.2 km radius around the boy’s home to ensure that the virus will not spread further. Officials will also conduct door-to-door monitoring and identify secondary contacts.

Health officials are urgently testing as many contacts as possible, but it is a bit gratifying that the boy’s main contacts, including his family and medical staff, are currently testing negative.