Science: A major breakthrough for patients paralyzed by spinal cord injury! A single injection of the new amphiphilic supramolecular peptide fiber scaffold restored the ability of paralyzed mice to walk within 4.

They injected an injection into the tissue surrounding the spinal cord of paralyzed mice. After only four weeks, the mice regained their ability to walk.

The relevant research results were published in the Science Journal on November 12, 2021, with the title of the paper “Bioactive scaffolds with enhanced supramolecular motion promote recovery from spinal cord injury”.

(1) The severed neuron extension, the axon, can be regenerated ;

(2) Glial scars, that is, tissues that may cause physical obstacles to regeneration and repair, are significantly reduced;

(3) Myelin, the insulating layer of axons, is very important for effective transmission of electrical signals, and re-forms around cells;

(4) Forming functional blood vessels to deliver nutrients to cells in the injured area;

After this therapy performs its function, the scaffold is biodegraded into nutrients for the cells within 12 weeks, and then disappears completely from the body without obvious side effects. This is the first study to show that scientists have changed the chemical structure to control the collective movement of the molecules in this scaffold, thereby improving the therapeutic effect.

The corresponding author of the paper and Northwestern University’s Samuel I. Stupp said, “Our research aims to find a treatment that can prevent individuals from becoming paralyzed after a major trauma or illness. This has been a major challenge facing scientists for decades. Because the central nervous system of our body, including the brain and spinal cord, does not have any obvious self-repair ability after injury or degenerative disease . We will directly apply to the U.S. Food and Drug Administration ( FDA ) to begin approving this new The therapy is used in human patients because these patients currently have very few treatment options.”

Since the 1980s, the life expectancy of patients with spinal cord injuries has not improved

According to data from the National Spinal Cord Injury Statistics Center, there are currently nearly 300,000 people suffering from spinal cord injury in the United States.

The lives of these patients can be extremely difficult. Less than 3% of patients with complete spinal cord injury can recover basic physical functions.

Approximately 30% of people will be hospitalized again at least once in any year after the initial injury, and each patient spends an average of millions of dollars in medical expenses in their lifetime.

Stupp said, “Currently, there is no treatment to trigger spinal cord regeneration. I want to make a difference in the clinical outcome of spinal cord injury and solve this problem because it may have a huge impact on the lives of patients.

Moreover, solve spinal cord injury. The new scientific discoveries made can have an impact on neurodegenerative diseases and stroke strategies.”

Use this scaffold to combine with a mobile target

The secret behind Stupp’s new breakthrough therapy is to adjust the molecular motion in the scaffold so that they can find and properly bind to the constantly moving cell receptors.

Injected in liquid form, this scaffold immediately condenses into a complex network of nanofibers in the body to mimic the extracellular matrix of the spinal cord.

By matching the structure of the extracellular matrix, simulating the movement of biomolecules and integrating signals into receptors, this synthetic scaffold can communicate with cells.

Stupp said, “Receptors in neurons and other cells are constantly moving. The key innovation in our research is to control the collective movement of more than 100,000 molecules in our nanofibers , which has not been done before.

By making these Molecules move,’dance’, and even temporarily jump out of the structure of this amphiphilic supramolecular peptide fiber scaffold. They can more effectively bind to receptors on the cell surface.”

Stupp and his team found that by making the peptide sequence of the amphiphilic monomer in this scaffold mutate a tetrapeptide domain outside the signal transduction region, it can move more quickly and enhance the molecular movement in this scaffold. , So as to produce greater curative effect on paralyzed mice.

Stupp said, “Given the cells themselves and their receptors are in constant motion, you can imagine that molecules that move faster will encounter these receptors more often. If the molecules are slow and less’social’, they You may never come into contact with these cells.”

Once connected to the corresponding receptors in the cell, the two peptide sequence molecules moving in the scaffold trigger two cascades of signals that are essential for spinal cord repair.

A signal activates the transmembrane receptor β1-integrin, which promotes the regeneration of the long tails of neurons in the spinal cord — axons.

Similar to wires, axons send signals between the brain and the rest of the body. Severing or damaging the axons can cause the body to lose sensation and even paralysis. On the other hand, repairing axons can increase communication between the body and the brain.

The second signal activates basic fibroblast growth factor (bFGF), which helps neurons to survive after injury, because it can make other types of cells proliferate and promote the loss of key cells for neuron and tissue repair. Nourish the blood vessels to re-grow. The therapy can also induce the remodeling of myelin sheath around the axons and reduce glial scarring, which acts as a physical barrier that prevents the spinal cord from healing. 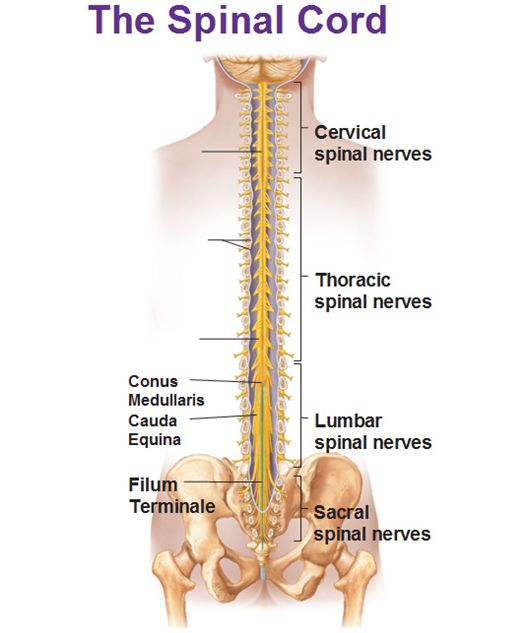 Zaida álvarez, the first author of the paper and a former research assistant professor in Stupp’s laboratory, said, “The two signals used in this study mimic the natural proteins needed to induce the desired biological response. However, the half-life of the protein is extremely short and The production cost is high. Our synthetic signal is a short, modified peptide sequence. When thousands of these peptide sequences are combined, they will survive for several weeks and maintain biological activity. The final result is a more costly production Low, longer duration therapy.”

Although this new therapy may be used to prevent major trauma (car accidents, falls, sports accidents, and gunshot wounds) and paralysis after illness, Stupp believes that the basic discovery — “supramolecular motion” is biological A key element of activity—can be applied to other therapies and goals.

In addition, our basic findings about controlling the movement of molecular assemblies to enhance cell signaling may be universally applicable to the entire biomedical goal.”