It’s messed up! Over 100,000 people in Australia demonstrated against the government’s epidemic prevention measures, claiming to be “free”

According to reports from the Australian News Network, “Russia Today” (RT) and other media, protesters flocked to the streets of major Australian cities on the 20th local time to hold “for freedom” rallies to oppose the Australian government’s multiple epidemic prevention measures, including blockades, vaccine authorizations, and Proposals to expand the government’s power to prevent epidemics. 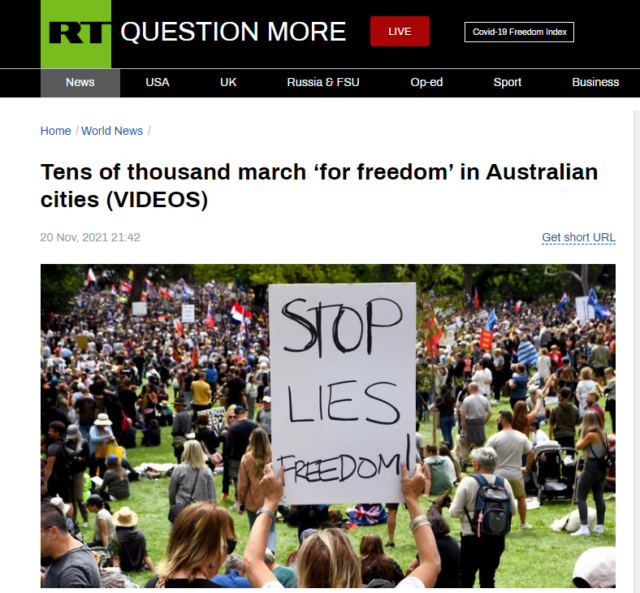 RT: Thousands of people marched “for freedom” in Australian cities

“Thousands of people flooded the streets”-“Sky” reporter Sophie Ellsworth described the situation in Melbourne, Australia’s second largest city, that day. RT said that there was news that more than 100,000 people participated in the protests that day.

According to reports, the march in Melbourne was carried out after a week of small protests aimed at opposing Victorian Governor Daniel Andrews’s controversial anti-epidemic bill. Once the bill is passed by the state legislature, the governor will be able to Declare an indefinite state of emergency, issue public health orders, etc.

In addition, according to the Australian “9news.com” website, a large number of protesters also appeared in Sydney, Australia’s largest city, and even more than 600 police officers were sent to the rally. The demonstrators held up slogans of “tyranny”, chanted “freedom” and demanded the dismissal of state officials. According to reports, according to the epidemic prevention orders imposed by some state officials, Australians who have not been vaccinated are deprived of many privileges. 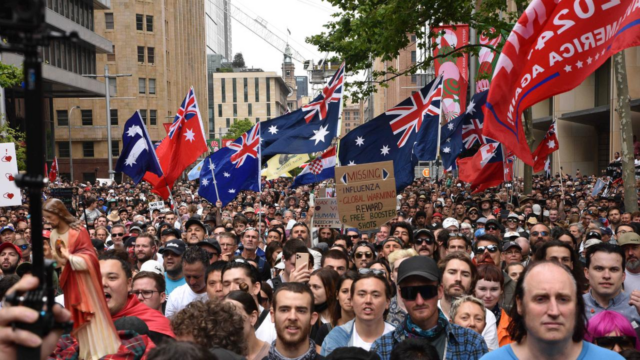 At this time, Australian Prime Minister Morrison is still planning to form alliances against other countries? The “threat” that hype does not exist? Divert domestic attention and dissatisfaction?