On March 4, the Italian Ministry of Health notified that it is reminding regions to allocate resources to ensure that sufficient COVID-19 tests and vaccines are provided to Ukrainian refugees.

The notice, signed by the Italian Ministry of Health’s Director of Disease Prevention and Health Planning, requires that “local health authorities must also ensure the necessary surveillance, prevention and vaccination prevention activities for other infectious diseases”.

The notice further stipulates that for citizens from Ukraine, regardless of nationality, if they do not hold a vaccine certificate, they must be tested by the local health bureau within 48 hours of entry. Individuals provide Covid-19 vaccinations. 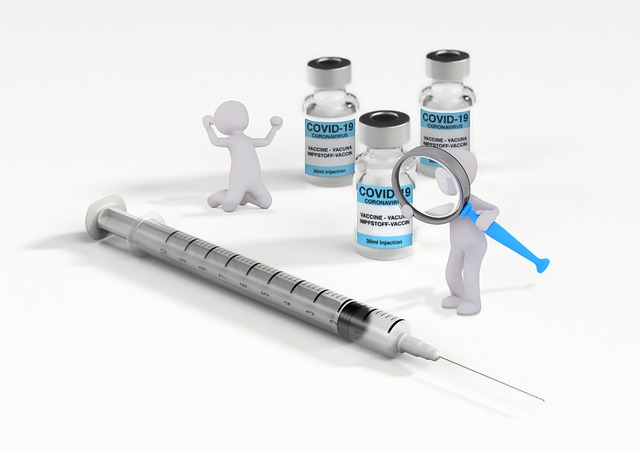 It has been a week since the outbreak of the Russian-Ukrainian war. As Russia’s military operations against Ukraine escalate, more and more Ukrainian residents have decided to flee their homes.

874,000 people have left Ukraine since the war began, according to a tally released by the UN refugee agency on Wednesday (March 2).

The European Union is undoubtedly the destination for the vast majority of refugees, many of whom will also arrive in Germany. The new wave of refugees is reminiscent of the refugee crisis of 2015, when nearly a million people fled from the Middle East to the European Union to seek asylum.

Compared to them, however, refugees from Ukraine are arguably treated differently: Although they are not EU citizens, they are allowed unimpeded access to the EU all the way.

Shortly after RND Putin announced a military operation against Ukraine, EU countries bordering Ukraine expressed their willingness to accept refugees, including Poland and Hungary, which are still opposed to the distribution of Afghanistan and Syria among EU member states. refugees from the country.

It is reported that on Ukraine’s borders with Poland, Hungary, Slovakia and Romania, the lines of fleeing vehicles can sometimes be several kilometers long. Some say there will be a 60-hour wait to cross the border into a safe neighbor.

The United Nations expects up to 4 million more people will try to leave Ukraine in the coming weeks and months.

For those who are determined to go to the EU, they may not be able to plan for the rest of their lives.

The interior ministers of EU member states are said to discuss on Thursday the issue of Ukrainian refugees, who are expected to be granted residency rights for up to three years.

However, for Ukrainians, there is still a real problem to live in the EU: most of them are not vaccinated against the COVID-19 approved by the EU!

According to statistics, only about 35% of people in Ukraine have been fully vaccinated with EU-approved vaccines; another 30% have received China’s SINOVAC vaccine, which has not yet been approved by the EU.

The war has come to Europe, and the COVID-19 is not far away-in the EU, where the vaccine proves to be almost a “pass”, the lives of most Ukrainians may be subject to many restrictions.

In Germany, which is still some distance away from Ukraine, people are already worried. According to reports, at the request of the state of Bavaria, a meeting of health department heads on Friday will discuss how to deal with the vaccine status of Ukrainian refugees.

It can be expected that the meeting will discuss the corresponding compromise plan, and the possibility of giving the green light to the Ukrainians is not ruled out.

However, according to the Federal Office for Migration and Refugees (BAMF), as most of the refugees are taken in by Ukraine’s neighbors, it is not believed that too many people will flock to Germany. According to recent German media reports, more than 5,000 Ukrainian refugees have arrived in Germany.

The Association of German Towns and Towns estimates that more than 100,000 people will come to Germany for asylum in the future – even so, this may not be too much compared to the overall number of refugees