Breast cancer is the most common cancer in women, and in 2020, breast cancer replaced lung cancer and has become the world’s largest cancer , according to the latest global cancer burden datareleased by WHO International Agency for Research on Cancer (IARC) in 2020.

Globally, there were 2.26 million new cases of breast cancer and 680,000 deaths. In some countries, the incidence of breast cancer is also increasing year by year. According to the WHO forecast, there will be 410,000 new breast cancer cases in China in 2020.

Most breast cancers have a good prognosis, but about 15% of breast cancers are triple negative breast cancers (TNBC) , which are caused by estrogen receptor (ER) , progesterone receptor (PR) , human epidermal growth factor receptor- 2 (HER-2) deficiency is named after it.

This study found that cancer stem cells in triple-negative breast tumors underexpressed ligand-dependent corepressor (LCOR) , which led to their escape from immunotherapy.

On this basis, the research team used LCOR mRNA in combination with a PD-L1 inhibitor to completely eliminate triple-negative breast cancer cells in a mouse model, prevent the recurrence of cancer, and achieve a complete cure. 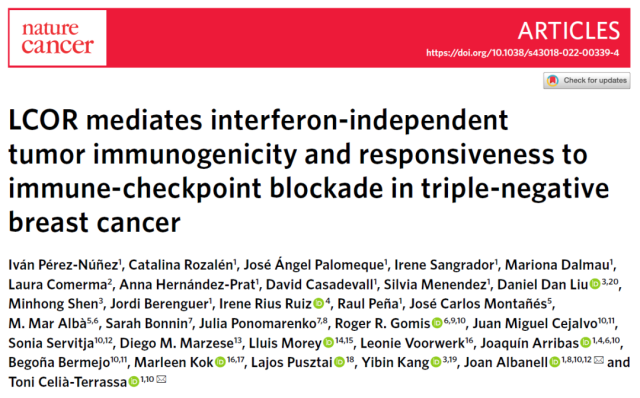 Cancer stem cells (Cancer Stem Cells) are cells in tumors with self-renewal ability and can generate heterogeneous tumor cells, which play an important role in the survival, proliferation, metastasis and recurrence of cancer cells.

When using immunotherapy such as immune checkpoint inhibitors, cancer stem cells are able to evade immunotherapy, leading to evasion and resistance to immunotherapy. What is the mechanism behind this?

The research team further found that activating the expression of the LCOR gene in a mouse model reversed the immune escape of cancer stem cells and resensitized them to immunotherapy.

The research team validated it in clinical samples from triple-negative breast cancer patients and found that patients who responded to immune checkpoint inhibitors had higher levels of LCOR gene expression .

Inspired by the COVID-19 mRNA vaccine , the research team wants to deliver the mRNA of the LCOR gene into tumor cells in a similar way, so that the immune system can re-recognize it.

The research team used LCOR mRNA delivered by extracellular vesicles in combination with PD-L1 inhibitors to treat a mouse model of triple-negative breast cancer. The results showed that 49 of the 50 treated mice developed cancer.

Complete remission, the only one that did not respond was because of loss of ectopic expression of LCOR. All 49 mice in complete remission were free of tumor recurrence 2 months after drug withdrawal .

The research team further followed up 15 of the mice for up to 1 year. None of the mice had tumor recurrence, while the lifespan of laboratory mice was only 1-3 years, which shows that this combination therapy can eradicate and completely The tumors in these mice were cured. 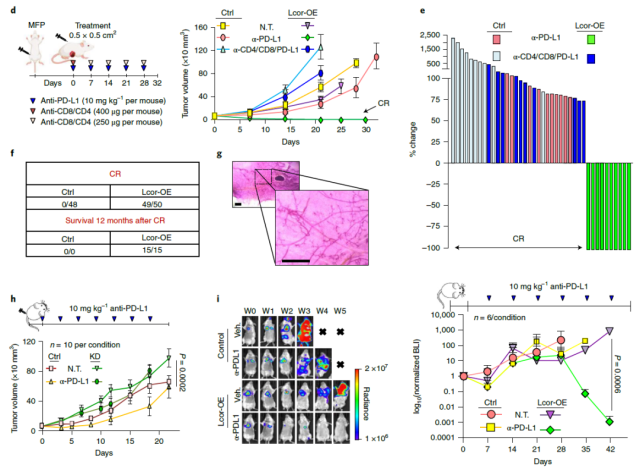 Collectively, this study found and demonstrated an important role for the LCOR gene in regulating tumor immunogenicity and cancer cell response to tumor immunotherapy. In triple-negative breast cancer, the expression level of LCOR in cancer stem cells is associated with the clinical efficacy of immune checkpoint inhibitors.

These data support the LCOR gene as a promising target for enhancing immune checkpoint blockade therapy in triple-negative breast cancer. 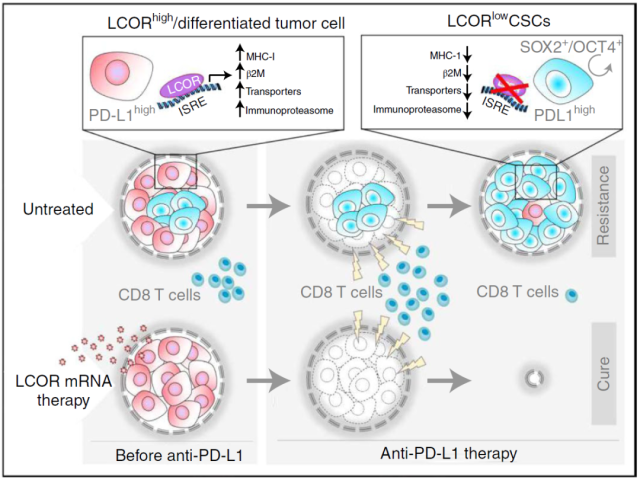 It is reported that the research team has applied for a technology patent for the combined use of LCOR mRNA and immunotherapy, and will create a company to transform this technology patent and promote its clinical application.