For men, there are far fewer options for contraception/birth control.

Currently, there are only two effective birth control/birth control options for men: condoms and vasectomy .

However, condoms are disposable and prone to failure. Vasectomy, although sometimes reversible, is expensive and not always successful, so it can almost be considered a permanent method of sterilization.

Scientists have been trying to develop effective male contraceptives for decades, but so far without success.

The male contraceptives currently undergoing clinical trials are basically hormonal drugs, targeting the male hormone testosterone, which may cause side effects such as weight gain, depression, and increased LDL cholesterol levels.

On March 23, 2022, Dr. Gunda Georg of the University of Minnesota reported at the Spring Meeting of the American Chemical Society (ACS) a new study, they confirmed a non-hormonal male oral contraceptive , confirmed in mice experiments. , The contraceptive can significantly reduce the sperm count, the contraceptive effective rate is as high as 99%, and no side effects are observed, and it can recover and successfully give birth to mice 4-6 weeks after the drug is stopped.

To develop a non-hormonal male contraceptive, Gunda Georg’s team set their sights on retinoic acid receptor alpha (RAR-alpha) , a form of vitamin A that plays a role in cell growth, differentiation (including sperm formation) and While RAR-α is one of three nuclear receptor families that bind retinoic acid, knocking out the RAR-α gene in male mice rendered them sterile without any apparent side effects.

Using this information, they designed and synthesized approximately 100 compounds and evaluated their ability to selectively inhibit RAR-α in cells.

Ultimately, they discovered and named one of the compounds , YCT529 , which inhibits RAR-alpha very efficiently and specifically, but not RAR-beta and RAR-gamma. 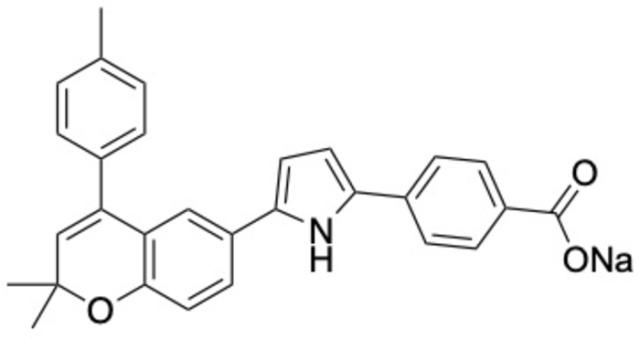 When the male mice were given the YCT529 drug orally for 4 weeks, the male mice had significantly reduced sperm counts and were 99 percent effective in contraception without any observable side effects. These male mice recovered 4-6 weeks after drug withdrawal and were able to give birth to females again.

Gunda Georg said that human clinical trials of the drug will begin in the third or fourth quarter of this year, and they are currently modifying existing compounds and exploring new ones in an effort to develop an effective, long-lasting and reversible male contraceptive.

At present, some foreign startups are developing non-hormonal contraceptives, such as YourChoice Therapeutics, Mucommune and so on.