The Shanghai Municipal Health Commission announced today that there were 50 new confirmed cases of local COVID-19 pneumonia and 3,450 asymptomatic infections.

Among them, 17 confirmed cases and 2,833 asymptomatic infections were found in isolation, and the rest were found in the investigation of relevant risk groups. 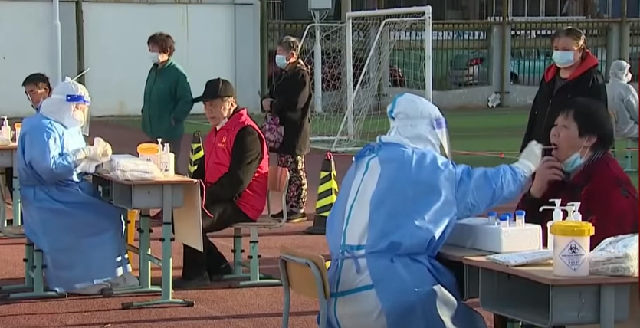 Shanghai announced on the evening of the 27th that starting from 5:00 on March 28, Shanghai will implement regional blockade and control operations in batches with the Huangpu River as the boundary, although the Shanghai authorities did not use the word “closed city”, but named it “district”. “Lockdown”, but it’s essentially the same as “lockdown”.

Before the implementation of the lockdown, many supermarkets in Shanghai were crowded with people rushing to buy goods. Many Chinese netizens took pictures of many supermarkets in Pudong on Weibo. They saw a large number of people queuing up to check out, and the vegetables and food in the stores were almost swept away.

Authorities in Shanghai, China announced on Monday (March 28, 2022) a two-phase total lockdown to quickly curb the rapid spread of the novel coronavirus.

The authorities ordered that during the closure and control period and in the closure control area, the residential area is under closed management, and all residents are not allowed to go out; all enterprises implement closed production or work from home; the public transportation system is completely suspended.

Shanghai, China’s financial center, has been grappling with a new round of outbreaks for nearly a month, trying to avoid a full-scale closure of the city that would adversely affect the economy like Xi’an and Jilin, instead adopting localized closures that seal areas At the same time, large-scale compulsory nationwide testing was adopted, nucleic acid screening was carried out for residents in key areas, and antigen testing was carried out for residents in non-key areas. At present, more than 14 million people have been tested for antigen in Shanghai.

Although Shanghai’s infection numbers are very small compared to the rest of the world, Shanghai’s 26 million inhabitants are currently the target of China’s stringent “zero” epidemic prevention policy in an attempt to control the spread of the highly contagious Omicron variant. test subject.