Do ordinary people need a fourth dose of the COVID-19 vaccine? The latest researches have some inspirations….

The U.S. FDA stated that the above decision was made with comprehensive reference to clinical trial data in Israel, as well as factors such as the risks posed by the Omicron variant.

Vaccine makers Pfizer and Moderna have both submitted evidence to the FDA that the levels of neutralizing antibodies in clinical trial participants “raised significantly” after the fourth dose.

The current research on the fourth dose is mainly from Israel. The fourth dose of the mRNA vaccine has been widely used in Israel since the end of January. 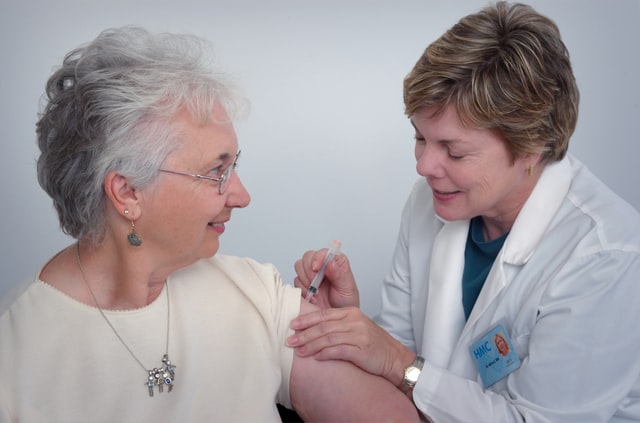 Overall, however, the death toll in both groups was low. Whether they got three or four shots, less than 1 percent of infected Israelis were seriously ill during the surge in the Omicron variant.

This means that the third shot played an important role in preventing severe illness and death.

At the same time, the net benefit from the fourth dose is relatively small. Another Israeli study, published in the New England Journal of Medicine, found that while the 4th dose increased antibodies, it did not result in much of an increase in protection.

The study targeted young, healthy populations, primarily the Israeli healthcare workforce. The study found that health care workers who received the fourth dose were 43 percent less likely to develop symptoms compared to those who received only the third dose. However, the symptoms of these two groups are basically mild, so the net benefit brought by the fourth dose is “minimal”.

Further complicating the question of whether a fourth dose is necessary, the boost it brings may be temporary. The “greater additional protection” from the fourth shot remained stable over the nine-week follow-up, but there was evidence that the protective effect of the fourth shot wore off faster than the third shot. According to the Los Angeles Times, studies have shown that it is not impossible for antibodies to drop after a month or two.

The “Atlantic Monthly” article said that what can be said now is that the protective effect of the fourth dose may be small and temporary. But for some people, something is better than nothing, especially as it benefits older adults more.

However, which groups of people are considered to have a sluggish immune system does vary from person to person and age. In general, immune responses decline after age 60. However, the immune function of 100 different elderly people can also vary greatly.

Having other medical conditions, such as obesity or diabetes, can make a 50-year-old’s immune system less sensitive, making it similar to a 70-year-old.

In short, the criteria for judging who might need it and who absolutely needs it is “a bit shaky,” said Otto Yang, associate director of infectious diseases at UCLA.

It is with these factors in mind that the FDA adopted what experts call “permissive” emergency use, which essentially means that the product is available to more people, not necessarily that it is actually needed.

Dan Barouch, one of the developers of Johnson & Johnson’s COVID-19 vaccine, said that for people who are older, have weakened immune systems or have a medical condition such as diabetes, a fourth dose is now necessary, but for the general public or healthy 50-year-olds The situation is not entirely clear.

What are the potential risks?

So far, the scientific community’s description of the potential downsides of booster needles has been “pretty vague.”

One idea is that too many booster shots may lead to “immune failure.” That is, a person’s relevant T cells may become exhausted and begin to die after prolonged attempts to repel the invader. This may affect people with chronic infections such as AIDS, tumors, etc.

The New York Times article stated that repeated strengthening needles “provide worse and worse results.” A recent study, to be published in the journal Cell in April, found that people who got three shots had their antibody levels up as much as 100-fold. But in those who were exposed to the virus for a fourth time, either actively or passively, the increase in antibodies was much smaller. This is an example of “diminishing returns”.

University of Pennsylvania professor E. John Wherry told The Atlantic that the smaller increase could have a knock-on effect on the rest of the immune system and ultimately limit the B-cell response the next time it encounters the virus.

In theory, unnecessary vaccinations could put people at an immune disadvantage in another way. When receiving a booster shot or being re-infected with the virus after vaccination, B cells in the body enter a structure in lymphoid tissue called a germinal center, which acts as a training camp to generate other, more diverse B cells to respond to respond to various intrusions.

If the boot camps are kept long enough, they also produce long-lived plasma cells that continue to make antibodies in the bone marrow. But an extra booster shot could interrupt the process, preventing the body from getting the full long-term benefits of these plasma cells, says University of Washington immunologist Marion Pepper.

In addition, getting too many vaccines developed based on the original strain may make the body less responsive to later improved formulations, which may be even more detrimental for long-term immunity.

This risk was also mentioned in the Times article, which said that repeated exposure to vaccines designed around the original strain could make a person’s immune system fail to recognize the new variant.

The aforementioned University of Washington immunologist Marion Pepper said that this effect is theoretically possible, but there is no evidence to support it, and it is not worth worrying about at this time.

John Wherry, an immunologist at the University of Pennsylvania, also said that these risks are only theoretical, and for the new coronavirus, there is no good human data showing that too frequent lifting can cause damage to the system.

Akiko Iwasaki, an immunologist at Yale University, said there’s no evidence that booster shots more than four months apart deplete a person’s immune system, but if they were given weekly, that’s a different story.

Marion Pepper of the University of Washington agrees that this shortcoming won’t work, at least for those who got their third shot four months ago. He also recommends that people wait at least four months after their most recent infection before getting a booster shot, for the same reason.

This may mean that the longer you wait between shots, the longer your protection will last. E. University of Pennsylvania. In animals, the benefits of this waiting start to level off after about six months, but in humans the optimal delay is unclear, John Wherry said.

E. John Wherry prefers to make decisions with a trade-off mindset. For those who have been vaccinated or who have been infected for more than four months, whether they want short-term protection against infection (mainly conferred by antibodies), or long-term protection against severe illness and death (B and T cells, he said) field), whether to choose the fourth dose is a balance between these two options.

He believes that older people should pay more attention to the former, which is short-term protection against infection. Nonetheless, he also emphasized that it is necessary to combine his own health level, such as a 67-year-old marathon runner with no comorbidities and no health problems, and a 72-year-old lymphoma patient who is taking immunomodulatory drugs. Definitely very different.

In addition, some experts believe that too many booster needles can also bring psychological risks. Those risks include “vaccine fatigue and skepticism,” tweeted Céline Gounder, a former member of the Biden administration’s COVID-19 transition team.

How do ordinary people judge?

To the average person, the fourth dose appears to be a personal judgment based on individual circumstances. William Moss, executive director of the Center for International Vaccine Access at the Johns Hopkins Bloomberg School of Public Health, said it’s unclear whether the average person is now eligible for a fourth dose.

If the general population gets a fourth dose now, the neutralizing antibodies it brings could drop in just a few months, he said. In his view, if there is a surge in cases in the late fall and early winter this year, additional booster shots may be needed at that time.

Also unclear is whether healthy young adults need a fourth shot. Studies of Israeli healthcare workers cited by the FDA showed that the fourth shot added little or no additional protection for this age group.

How do you know if you need a fourth dose?

In this regard, Leana Wen, a professor at the School of Public Health at the Milken Institute of George Washington University, did not give a direct answer, but she specifically pointed out the importance of the first booster immunization, that is, the third shot. According to her, there is a lot of data showing the protective effect of the third shot against the virus, including the Omicron variant.

What factors should the average person consider when deciding whether to get a fourth shot? Leana Wen said the first thing to consider is your own medical risk factors. For those who are elderly and have multiple medical conditions, or who have moderate to severe immune compromise, she tends to recommend a fourth shot now.

For people who are generally healthy and have received the third dose, given that the vaccine can still provide protection in severe cases, she believes that these groups are less urgent to receive the fourth dose, and waiting may be more advantageous.

Senior FDA official Peter Marks said at the release that they will soon weigh whether to approve another round of booster shots, either for a wider population in late summer or early fall, or for boosters specifically for the new variant.

In this regard, Leana Wen said that for those who have not yet received the third dose, it is not recommended to wait for this special booster. reasonable.

In her view, the main issue centers on the timing of vaccinations. Now is the best time to get the fourth shot? Or is it better to delay vaccination? It depends on each person’s medical risk, and their tolerance for risk, especially how important it is to them to avoid infection.

From this, she argues, there is no “one-size-fits-all” recommendation for everyone as to whether or not people should get the fourth shot, requiring an individual risk-benefit analysis.