Experts are divided on who should get fourth dose of COVID vaccine.

Most fourth-dose programs around the world are currently limited to the very elderly and susceptible populations. However, experts are divided on whether additional boosters should now be offered to more age groups.

Since the initial two-dose COVID-19 vaccine regimen began rolling out in late 2020, the question has been: When will another dose be necessary? As 2021 progresses and new SARS-CoV-2 variants emerge, it is clear that a three-dose vaccine is the best protection against severe disease. But now in 2022, many are wondering when a fourth dose will be needed.

A new study published in The Lancet Infectious Diseases provides one of the most powerful insights into the immune response to a fourth COVID-19 vaccine dose.

The UK study closely measured various immune biomarkers in elderly subjects who received a fourth dose of the vaccine about seven months after their third dose. 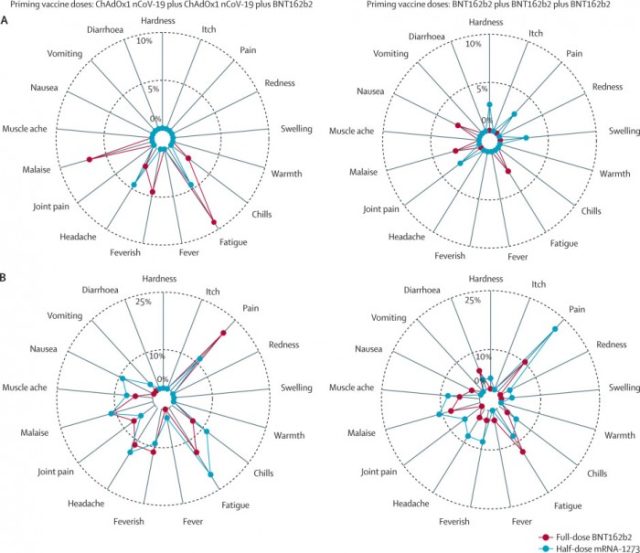 Interestingly, the study reported that the effectiveness of the fourth dose was related to the degree of attenuation of the third dose in any given individual.

Those subjects who had sustained humoral and cellular immune responses in the third dose did not show a strong benefit from the fourth dose.

“This finding was replicated in participants with a history of SARS-CoV-2 infection, suggesting that there may be an upper limit or maximal anti-spike IgG titers and T cell responses,” the researchers wrote in the study. If the baseline response is high, the fourth dose may not improve the humoral and cellular responses.These individual data are important for policy makers as those who have had high levels of immune responses from recent infections or vaccinations That said, the benefit of the fourth dose may be less.”

These results were complemented by another recently published study, comparing COVID infection rates between third and fourth doses of vaccine in a large number of elderly subjects.

The study surveyed about 1.2 million people over the age of 60 in Israel. Half of the subjects received three doses of the COVID vaccine, and the other half received four doses. 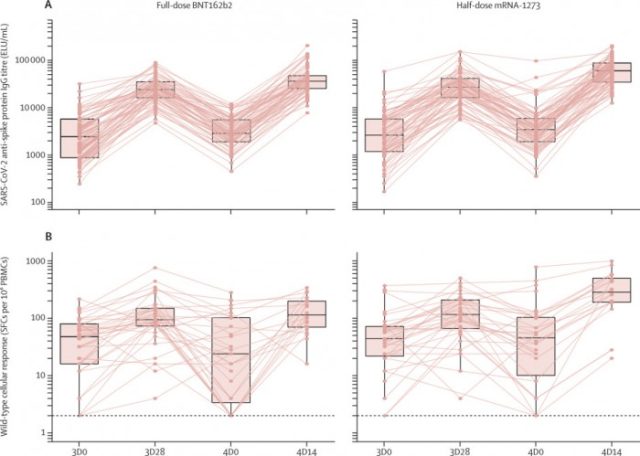 This protection against infection peaked four weeks after the fourth dose. By eight weeks, the study found no difference in infection rates when comparing the three- and four-dose cohorts.

However, in the four-dose cohort, protection against severe disease was significantly increased threefold.

And the protection appeared to be maintained for at least six weeks, suggesting that the fourth dose may be important in older and susceptible populations.

Fourth-dose vaccine programs have begun in many parts of the world, but there is no consensus on which groups should receive the additional booster.

For example, the UK offers a fourth dose of the vaccine to people over 75, while the US sets the standard at 50.

Most countries offer a fourth dose of the vaccine to people with severe immunosuppressive diseases, but excludes other vulnerable groups, such as those with chronic diseases or cancer.

A big conundrum for regulators around the world is how widely the fourth dose should now be distributed. Some researchers, like Danny Altmann, an immunologist at Imperial College London, believe the new findings affirm the value of pushing the fourth dose broadly across all ages. Finn told the Guardian: “I think it’s questionable whether young, healthy people will be offered another COVID vaccine after the third dose – at least as far as the vaccines and variants we have now. By immunizing healthy young people (further) with these vaccines, you’re not going to get any very useful results, because they rarely get sick — vaccines prevent it.”

Another issue in the fourth-dose debate is the possibility of Omicron-specific vaccine boosters.

Both Moderna and Pfizer are in the later stages of developing more targeted booster vaccines, but it’s unclear exactly when those new vaccines will arrive.

Both companies are working on booster needles for Omicron’s BA.1 subtype. The problem is that the recently emerged Omicron subtypes (BA.2.12.1, BA.4, and BA.5) are suspected of evading immunity from BA.1 infection.

So while Moderna estimates it could have a new booster ready from September, that time frame is based on the assumption that BA.1 is the right antigenic target.

Some virus evolution experts have recently warned that the production of variant-specific vaccines will be too slow at a time when the virus is evolving rapidly.

They argue that a booster shot must be given to susceptible populations now to help reduce the incidence of severe disease in the coming months.

In a review in The Lancet, the two researchers wrote: “Heterologous boosters using next-generation vaccines, such as polyvalent vaccines (vaccines that provide protection against different variants simultaneously), universal coronavirus vaccines, Vaccines, or mucosal vaccines (intranasal or oral) that elicit stronger T-cell responses, are one of the future options for COVID-19 vaccination. However, while waiting for these next-generation vaccines, booster immunization is critical for restoring vaccines to clinically vulnerable populations The effectiveness of the severe consequences is crucial.”