The damage caused by COVID-19 epidemic to us will never stop at the current physical symptoms. It is still the “stealer of the years”, quietly taking away our lifespan.

Recently, a study showed that in the past two years, with the raging of COVID-19 virus, life expectancy in the United States has dropped by two years in two years. The relevant article was published on the medRxiv preprint.

The impact of a lingering epidemic on our lifespans exceeds that of a war, perhaps not only in the United States. We can’t help but ask: What should we do when COVID-19 begins to spread across the country?

In the past two years of COVID-19 epidemic, life expectancy in the United States has rarely dropped significantly

The average life expectancy is shortened – this seems a little ridiculous in today’s modern medical progress. But this phenomenon has been confirmed by a new study in the United States.

A study authored by public health experts in Colorado, Virginia and Washington, D.C., and posted in preprints, found that life expectancy in the U.S. continues to plummet, mostly among white Americans. 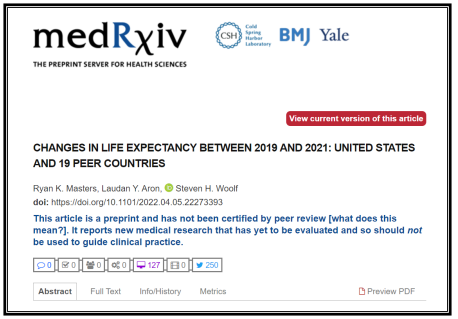 As early as 2020, there was a trend in the U.S. that their life expectancy was falling, but at that time the decline was concentrated among Hispanics and black Americans, with a relatively less pronounced drop in life expectancy among whites.

At the time, this reflected the disproportionate impact Covid-19 had on people of color, but new findings in 2021 are upending that perception. 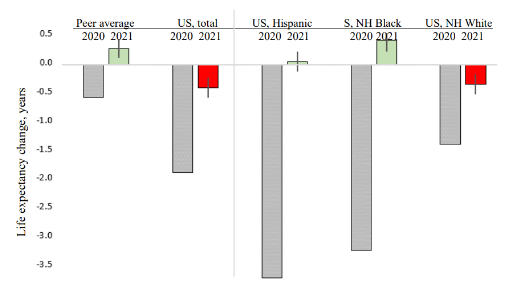 Comparison chart of changes in life expectancy among whites, Hispanics, and blacks 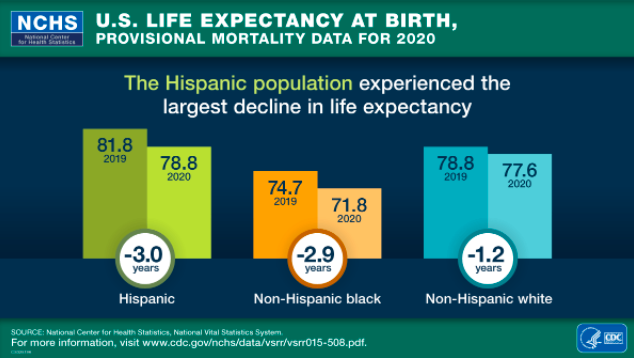 This devastation is enormous and rare. After all, let’s go back to World War II (1943), when the population declined dramatically and life expectancy was greatly affected, and the largest overall decline in life expectancy in the United States was only 2.9 years.

It can be seen that the long-term impact of the new coronavirus on human lifespan has exceeded the impact of world wars on human beings.

The mastermind behind the US lifespan crisis: COVID-19 is only one, not the only

The so-called life expectancy is actually a reflection of the health status of a country in a specific period (the higher the life expectancy, the lower the current all-cause mortality).

The reason for this catastrophic fluctuation in life expectancy is either related to the number of people dying from the new coronavirus itself, or to the “secondary” harm caused by the epidemic, said Woolf, the author of the paper .

That said, there is some inevitable link between the decline in life expectancy and the presence of the new coronavirus.

But the virus isn’t the only contributing factor. It is more of a catalyst, accelerating the exposure of factors that have been hidden behind the crisis.

Historically, the life expectancy of the United States, or the human population as a whole, has risen from a historical point of view before the outbreak of COVID-19.

With the development of modern medicine, the reduction of infant mortality rate and the improvement of technology to treat infectious diseases, cancer and other diseases, the common causes of premature death have been alleviated and avoided to a certain extent, followed by human beings increase in average life expectancy.

However, in recent years, the growth of life expectancy in the United States has slowed down, and it has begun to regress due to the fermentation of the epidemic, even opening a large gap with other countries. 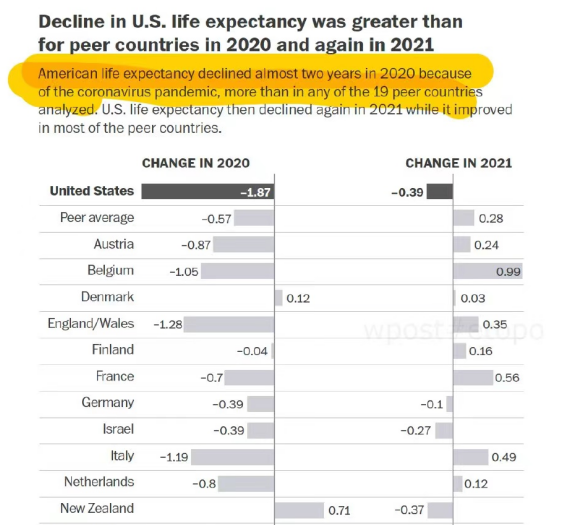 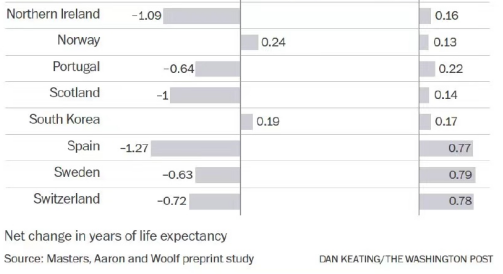 Then let’s analyze it longitudinally. The life expectancy changes in various countries in recent years—— 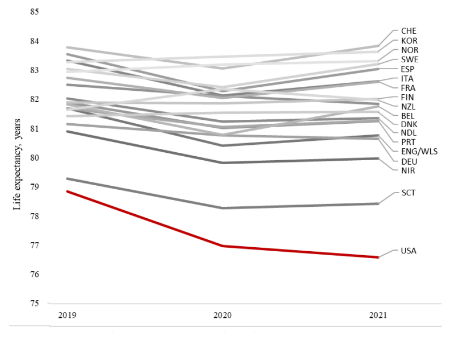 In fact, the huge disparity in life expectancy between the United States and other countries shows that COVID-19 virus is by no means the only influencing factor, and there are many other factors such as social, economic, medical and political that may affect the increase or decrease of this trend.

For example, one of the most visible factors in human society over the past decade has been the overdose crisis—the spread of opioids.

The proliferation and promotion of these drugs has led to a decline in life expectancy in recent years.

In addition, the lead author of the study, sociologist Masters of the University of Colorado, believes that the decline in life expectancy in the United States is also related to its own social factors , such as rising inequality, systemic racism ) and people’s financial insecurity are social drivers of declining life expectancy. 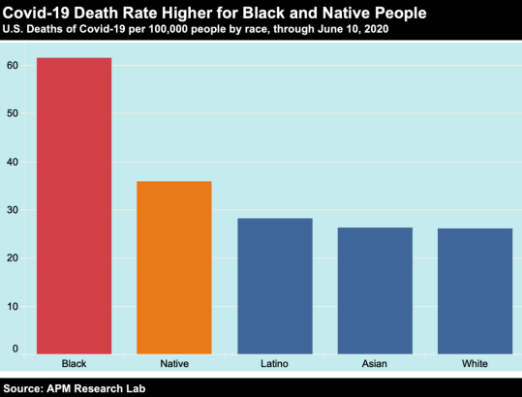 Different races in the United States have different rates of death from COVID-19, and blacks and Native Americans are at higher risk than whites and Asians

Philip Landrigan, a biologist at Boston College, also said that the threat of the coronavirus is “superimposed” in many countries in the United States, which are suffering from rising income inequality, reduced investment in public health, and widespread obesity and environmental pollution. on people.

The emergence of the new coronavirus has pulled people who were already in crisis into a deeper quagmire.

Behind the reduction in life expectancy: the secondary injury and sequelae of COVID-19

The shortening of life expectancy in the United States is like a leading searchlight, allowing us to see the impact and harm of COVID-19 virus on life, not only because of the virus itself.

In the previously published article “A Neglected Issue of This Round of Epidemic: The “Secondary” Injury Caused by COVID-19, we mentioned the various risks of secondary diseases caused by the run on medical resources, as well as the many risks brought about by the new coronavirus itself. The adverse effects, at the same time, also mention the mental health problems that have arisen during the outbreak of COVID-19, which have forced countless people to shorten the original length of life.

The experience of the United States and the poor numbers show that it is not just the increase in deaths caused by the Delta and Omicron variants sweeping the world, that all the loss of life we ​​are currently suffering is the result of social the result of a combination of factors.

Today, the lifespan crisis we see in the United States and other countries affected by the virus has undoubtedly sounded the alarm for all of us, and has also caused us to think deeply: how human beings should pursue longevity and technological development at the same time. Nature, environment shake hands and make peace.