The most common genetic mutations in human cancers

The most common genetic mutations in human cancers.

We all know that cancer is often caused by genetic mutations for a variety of reasons, but which genes are most frequently mutated in cancer? You may not expect that this genetic question is still unanswered in the rapid development of cancer genomics.

Recently, researchers from the University of Virginia and the Salk Institute published a research paper titled: Cancer gene mutation frequencies for the US population in the journal Nature Communications .

This paper answers a very basic question: What are the most commonly mutated genes in human cancer?

Gene mutations play a crucial role in the occurrence and development of cancer, and these mutated genes can also serve as effective therapeutic targets.

In the new study, the research team combined datasets from genomics and epidemiological cancer studies to determine what percentage of all cancer patients have what kind of genetic mutation.

At first, the research team thought the work seemed simple, but soon after they started, they discovered the difficulty: genomics and epidemiological studies did not use a common nomenclature system for various cancers . For example, some researchers classify cancers by body location, while others group cancers by tumor type, and many use a combination of the two. This makes data curation difficult.

To overcome this challenge, the research team carefully analyzed more than 200 studies and individually reviewed and reclassified each cancer according to a common nomenclature system, before performing data comparisons and statistical analyses. 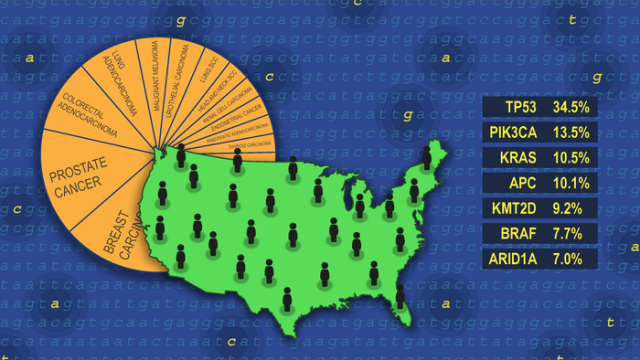 Specific data on TOP25, the most commonly mutated gene in cancer 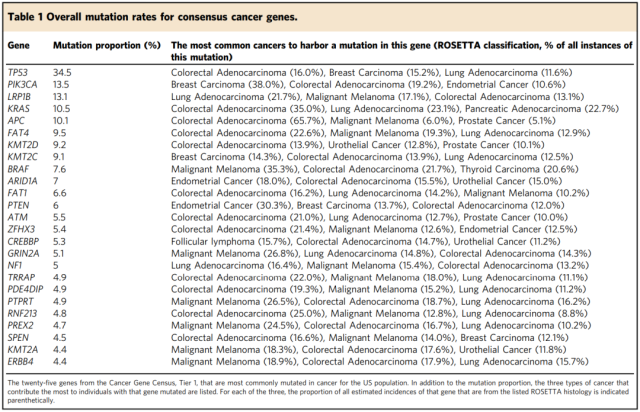 This is the first time that the frequency and proportion of genetic mutations have been assessed in all cancers, and these results suggest a need to reassess where time, energy and resources should be focused, findings that could help guide the development of more effective cancer treatments.

The most common genetic mutations in human cancers