The list of top 10 most expensive drugs in the world

The list of top 10 most expensive drugs in the world.

The GoodRx website of the United States announced the list of the top 10 most expensive drugs in the world .

Among them, Novartis’ SMA gene therapy Zolgensma topped the list with a sky-high price of $ 2.125 million .

Overall, the TOP10 are mainly orphan drugs for the treatment of rare diseases , among which biological drugs occupy a major position.

Packaging of Soliris and its availability

Glyceryl phenylbutyrate isdeveloped by HorizonPharma for the long-term treatment of some patients with urea cycle disorder (UCD)aged 2 years or older.

Ravicti was first marketed in the United States in 2013, and subsequently in many countries. As a liquid preparation, patients need to take it three times a day. According to statistics, the annual per capita expenditure of the drug is 695,000 US dollars .

Structure and listing of Ravicti

It was first approved for listing in the United States in 2014, and has since been launched in Europe, Japan and China. Blincyto is administered in cycles.

A treatment cycle consists of taking anti-inflammatory drugs before administration, followed by continuous intravenous infusion for 28 days, and a final rest of 14 days[1].

Mechanism of action and dosing cycle of Blincyto

Brineura is an enzyme replacement therapy developed by BioMarin . Its active ingredient (cerliponasealfa) is a recombinant form of human TPP1.

It was first approved for marketing in the United States in April 2017, becoming the first treatment for late-onset infantile neuron ceroid lipids The treatment of chromostosis (CLN2) , also known as tripeptidyl peptidase-1 (TPP1) deficiency, is a type of Batten disease.

During treatment, Brineura is delivered to the patient’s cerebrospinal fluid through a special intraventricular infusion device [2].

Due to the lack of competitors, it is more expensive, with annual treatment costs of up to $730,000 .

It was approved by the US FDA in September 2009 and has been listed in many countries since then.

It is the first drug for the treatment of relapsed or refractory peripheral Dihydrofolate reductase inhibitor for T-cell lymphoma (PTCL).

Folotyn is administered intravenously, usually once a week, with a unit price of $5,880 and an annual treatment fee of about $790,000.

The structure and listing of Folotyn

Luxturna is the first approved gene therapy injection developed by Spark Therapeutics for the treatment of Leber congenital amaurosis (LCA) caused by RPE65 gene mutation (the first approved in the United States at the end of 2017) .

Its mechanism of action is to encode the RPE65 sequence into the AAV2 vector and inject it into the retina of the patient to express it [3] .

Generally speaking, patients only need a single injection to achieve the therapeutic effect. The unit price of Luxturna is $425,000, and $850,000 for the treatment of both eyes.

Schematic diagram of the mechanism of action of Luxturna

Metriptine was developed by Amryt for the treatment of complications of leptin deficiency in patients with congenital or acquired systemic lipodystrophy .

Myalept was first launched in Japan in 2013, and has since been launched in the United States and Europe.

Since Myalept is currently the only drug on the market for the treatment of this rare disease , its price is relatively high, with an annual treatment cost of about US$890,000 . 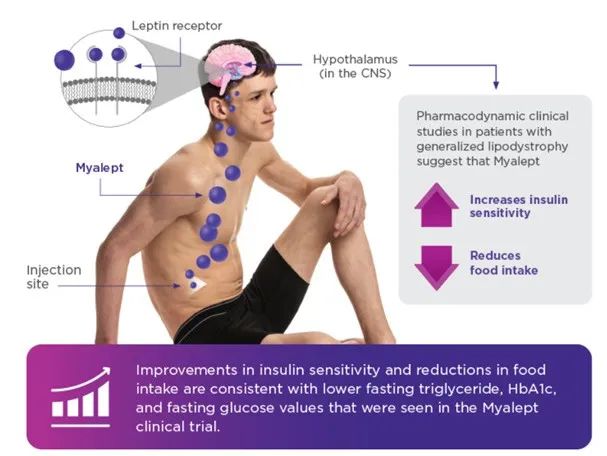 Schematic diagram of the mechanism of action of Myalept

Nocetuzumab is a monoclonal antibody targeting the ganglioside GD2 developed byY-mAbsfor the treatment of bone or bone marrow neuroblastoma .

Each treatment cycle of Danyelza is 10 days, administered intravenously on days 1, 3, and 5, and requires subcutaneous injection of granulocyte-macrophage colony-stimulating factor(GM-CSF)and With other pain medications, the treatment cycle is repeated every four weeks until the cancer shrinks or disappears.

Danyelza received accelerated approval from the U.S. FDA in 2020, with an annual treatment cost of about $970,000 .

Lonafanib is a small molecule drug developed by EigerBioPharmaceuticals for the treatment of Hutchinson-Gilford Progeria Syndrome (HGPS) and Progeria-like Laminopathy (PL), which is an oral farnesyl transfer Enzyme inhibitor that reduces the accumulation of progerin in the nucleus by inhibiting the prenylation of progerin.

Zokinvy was approved by the U.S. FDA in 2020 and is the first drug for the treatment of premature aging in the United States , with an annual treatment cost of about $1.03 million . 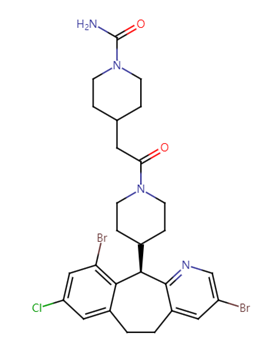 Compared with the other two drugs, Zolgensma only needs a single intravenous injection, and the patient can express the survival of motor neuron(SMN)protein for a long time in the whole body, achieving long-term relief or even cure effect, so its price is also higher and the annual treatment cost About $2.12 million .

The list of top 10 most expensive drugs in the world