The latest research from the medical journal “JAMA” shows that in Massachusetts, the new coronavirus variant Omicron has caused more excess deaths than Delta.

And it took less time: Omicron lasted 8 weeks, Delta 23 weeks. This is contrary to what many people think of as “the damage caused by Omicron is less”.

The study states that the increase in all-cause excess mortality in Massachusetts during the wave of infections in Omicron reflects higher fatality rates (Omicron has a lower infection rate relative to Delta* much higher than Delta’s number of infections) .

With a population of 6.9 million, Massachusetts is one of the richest and most technologically advanced regions in the United States.

It has top universities such as Harvard and MIT, and is also the headquarters of many pharmaceutical giants. The vaccination rate of Massachusetts is also one of the highest in the United States.

80% of the population has completed the entire vaccination, while the national data is about 60%. Harlan M. Krumholz, co-author of the paper, director of Yale University (CORE) and a professor at the Yale School of Medicine, said the results were surprising and disturbing.

Dr. Jeremy Faust, an emergency physician at Harvard Medical School’s Brigham and Women’s Hospital, said the study shows that even when a future wave of new mutant strains hits, scientists report that the strain is “milder” and That doesn’t mean it’s not extremely dangerous.

The study showed Omicron was responsible for excess deaths in all age groups 18 and older, with the 65 and older group having the highest number of excess deaths.

Bill Hanage, an epidemiologist at the Harvard School of Public Health who was not involved in the study, said the higher number of excess deaths during the Omicron wave in Massachusetts may have been due to measures the state took to curb the spread of the virus during the Delta epidemic.

During the Omicron wave, the overall attitude of the United States basically followed the trend.

Hanage also said that compared to Delta and others, Omicron appeared to be more “mild”, possibly a result of the higher population immunity in the United States at the time.

Hanage published a paper in the New England Journal of Medicine (NEJM), an international authoritative medical journal, in February, pointing out that the milder symptoms of Omicron infection may be due to the existence of more immunity in the infected, rather than the virus itself being “mild” “.

In other words, by the time Omicron came, more Americans had been vaccinated or infected with COVID-19 than in previous waves. 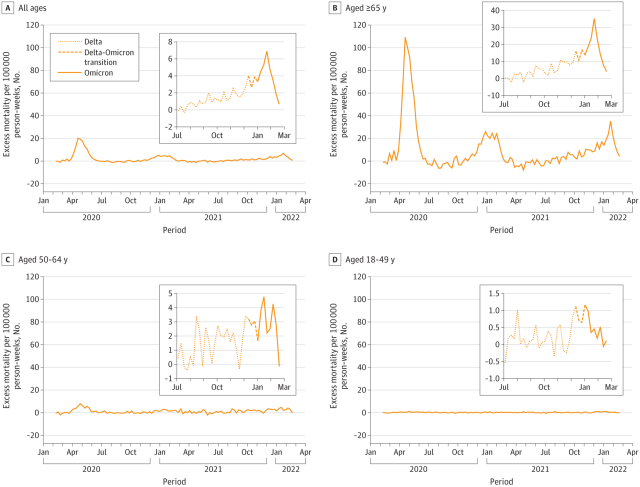 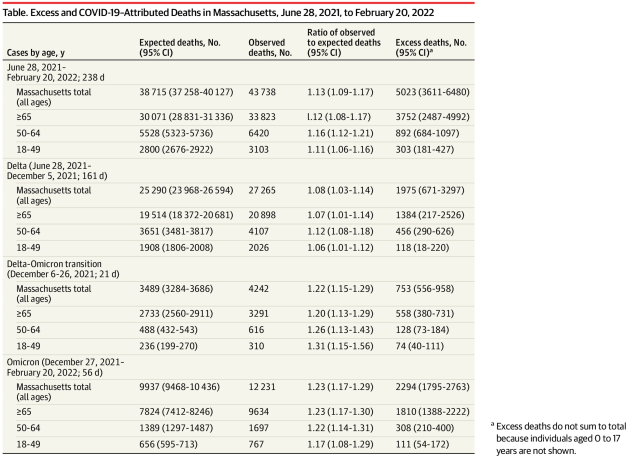