Nature: Amyloid beta is not the cause of Alzheimer’s disease

Nature: Amyloid beta is not the cause of Alzheimer’s disease. .

For a long time, the concept of Alzheimer’s disease caused by the deposition of β-amyloid outside the nerve cells has been deeply rooted in the hearts of the people, and there are many drug researches on reducing β-amyloid.

But a recent study by NYU Grossman School of Medicine and the Nathan Klein Institute overturns this view.

They published an article in nature neuroscience (Nature Neuroscience) believes that the “acidification” disorder of lysosomes in nerve cells is the culprit that causes the increase of extracellular amyloid beta protein, which in turn leads to Alzheimer’s disease (AD). 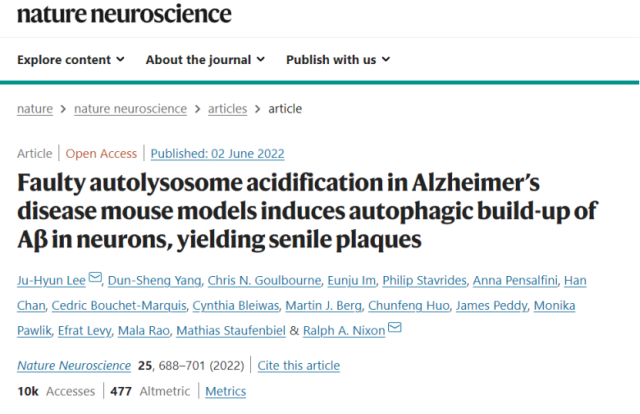 Under normal circumstances, the interior of lysosomes is acidic (4.2-5.3), and the enzymes inside can only work properly in this acidic environment. 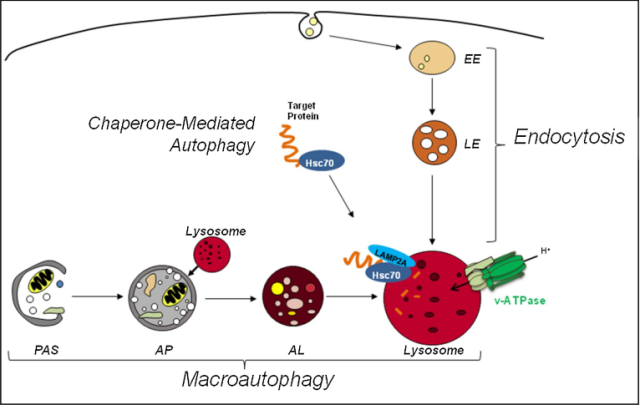 Once lysosomal acidification is blocked, proteins including amyloid beta and amyloid beta precursor protein (APP) metabolite APP-βCTF are difficult to be cleared and can only accumulate in lysosomes, while autophagic vesicles will also A steady stream of cellular waste is delivered to the lysosome.

As the cellular waste in the lysosome accumulates, it will burst when it can’t bear it, further causing the cell to disintegrate, releasing beta-amyloid into the tissue environment, causing the typical characteristic of Alzheimer’s disease “extracellular plaques” “. 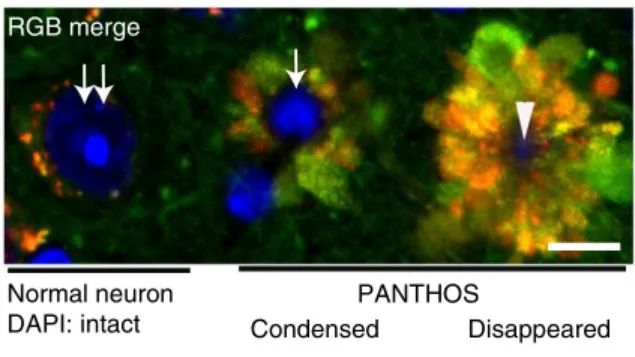 And this theory has been verified in Alzheimer’s disease model mice. At 5 months after birth, 90% of the autophagy-lysosomes in the neocortex of the brain have been acidified, which is higher than that of brain amyloid plaques. time (10-12 months), at least 5 months earlier .

In 5xFAD mice, a model of early-onset Alzheimer’s disease, this time was earlier, and the phenomenon of acidification-impaired autophagy lysosomes and neuronal degeneration could be found in the brains of 2-month-old 5xFAD mice.

The acidification regulation of lysosomes mainly depends on the proton pump v-ATPase and the movement of anions and cations in the lysosomal membrane mediated by ion transporters .

The proton pump v-ATPase is an ATP-dependent proton pump that can pump H+ ions from the cytoplasm into the lysosome to maintain an acidic environment.

But v-ATPase is an electrical pump, and the gradient generated by it must be dissipated by cation efflux and/or anion import in order to maintain continuous H+ import. 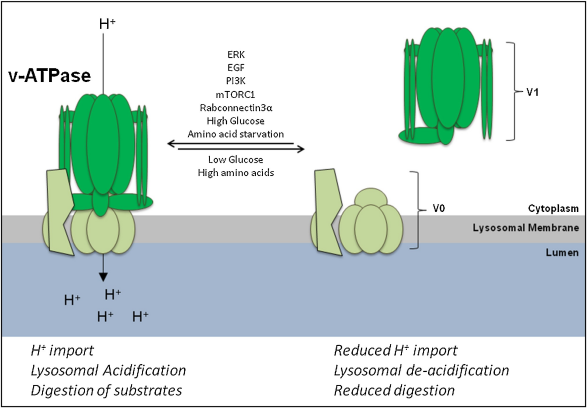 v-ATPase promotes acidification of lysosomes through ATP-dependent proton transport across the lysosomal membrane.

Correspondingly, 5xFAD mice, a model of early-onset Alzheimer’s disease , had significantly lower proton pump vATPase activity in neuronal lysosomes at 6 months than in wild-type mice of the same age (65.6 ± 4.1 %), and by the 12th month, it was less than half (45.3 ± 3.7%).

According to the above research, as long as the acidification function of lysosomes in nerve cells is restored, it may be possible to treat Alzheimer’s disease.

Some researchers’ experiments in Drosophila have found that loss-of-function mutations in the v-ATPase subunit in Drosophila cause protein degradation failure and aging-dependent neurodegeneration.

Perhaps this is the research direction of the next generation of Alzheimer’s drugs.

There are also teams in China who have made different choices.

The team from Nankai University has developed a modified lysosome as a drug for the preparation of therapeutic protein misfolding or processing diseases . The brain microglia-derived lysosome is injected into the tail vein of mice.

The lysosome, which promotes the degradation of toxic proteins expressed in the brains of Alzheimer’s mice without inactivation or neurotoxicity, is also a therapeutic option.

Nature: Amyloid beta is not the cause of Alzheimer’s disease