Interleukin 2 (IL-2) is essential for the growth, survival and function of T cells and maintains immune homeostasis.

First discovered in 1983, IL-2 was rapidly translated into a treatment regimen for renal cell carcinoma and melanoma the following year, and was approved as the first immunotherapy in 1992.

Subsequent studies confirmed that IL-2 plays an important role in the survival and proliferation of regulatory T cells (Treg) .

Because low-dose IL-2 selectively expands Tregs, it has been clinically tested in chronic graft-versus-host disease (cGvHD) , systemic lupus erythematosus, and several other autoimmune diseases, and has been observed inspiring effect.

However, current low-dose IL-2 therapies have some limitations, including pro-inflammatory effects on various cell populations, and poor pharmacokinetics.

To address these issues, there are currently several strategies based on protein engineering to increase the half-life of IL-2 and its specificity for Treg.

This study demonstrates that lipid-delivered mRNA encoding HSA-IL2m has the potential to treat autoimmune diseases. 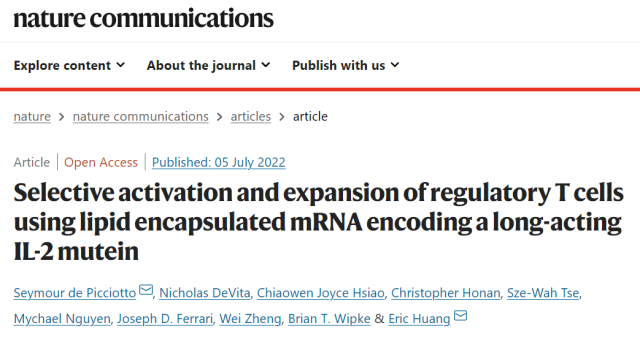 mRNA is emerging as a promising technology for many diseases, multiple clinical trials are underway, and it has been demonstrated preclinically and clinically that mRNA can exert both preventive and therapeutic effects on diseases by expressing proteins.

The research team hopes to express the IL-2 mutant protein with longer half-life through mRNA and design it to be receptor-selective (IL2RA) , which can selectively expand Tregs in vivo when mRNA is encapsulated and delivered using liposomes.

The research team further conducted in vivo experiments in mice, rats and non-human primates, and the results showed that the mRNA form of HSA-IL2m can selectively expand Tregs without activating NK cells and conventional T cells. 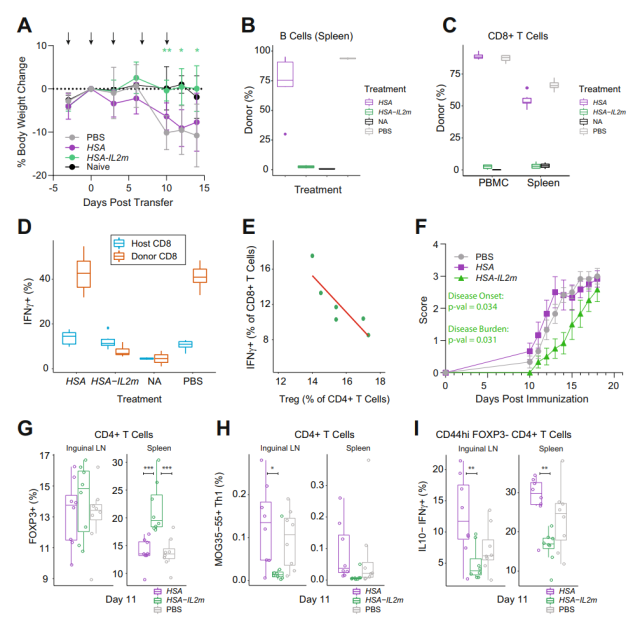 These results demonstrate the potential of mRNA-encoded HSA-IL2m immunotherapy for the treatment of autoimmune diseases.