Drink at least three cups of tea a day! Scientists analyzed the data of nearly 30,000 people and found that drinking more tea and green tea is related to a decrease in the risk of gastric cancer.

In today’s fast-paced society, drinking a cup of tea can not only relieve fatigue, but also relieve anxiety and bring a little spiritual enjoyment in the midst of busyness.

In vivo and in vitro studies have shown that tea polyphenols have certain benefits for inflammation and prevention of chronic diseases, including some cancers, diabetes, and cardiovascular disease [2].

However, at present, whether tea drinking is related to the risk of gastric cancer, the existing epidemiological studies have shown inconsistent results, and there is still controversy [3-5].

In addition, in China and Japan (OR: 0.67), Helicobacter pylori (Hp) infected subjects (OR: 0.68), and subjects with gastric cardia cancer (OR: 0.64) who regularly drank green tea, tea consumption was associated with the risk of gastric cancer.

There is a strong negative correlation. These data suggest that drinking tea may be a coup for preventing gastric cancer! 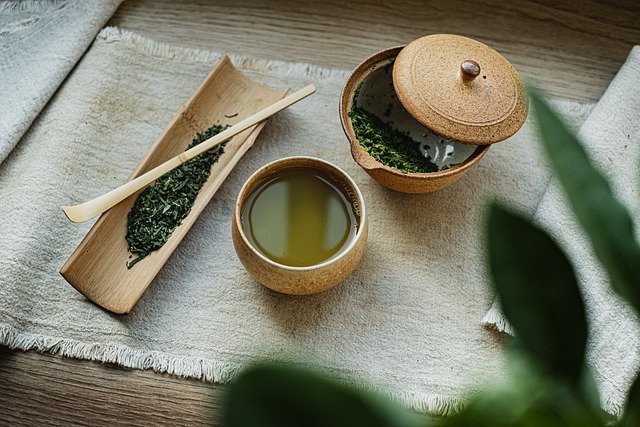 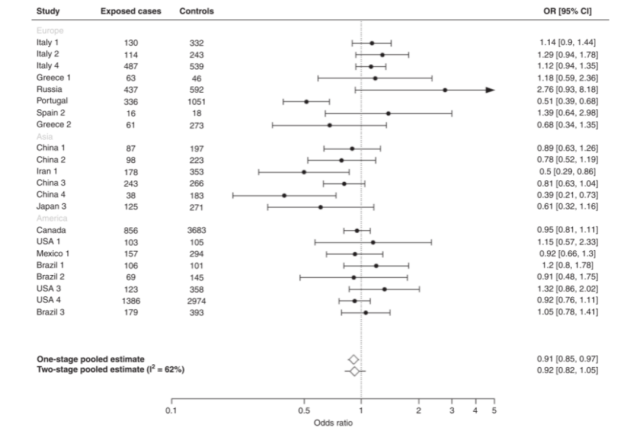 Of the 22 relevant studies, 18 studies collected information on the intensity of tea drinking, of which 26.2% of the case group and 30.6% of the control group reported drinking ≥1 cup of tea per day. 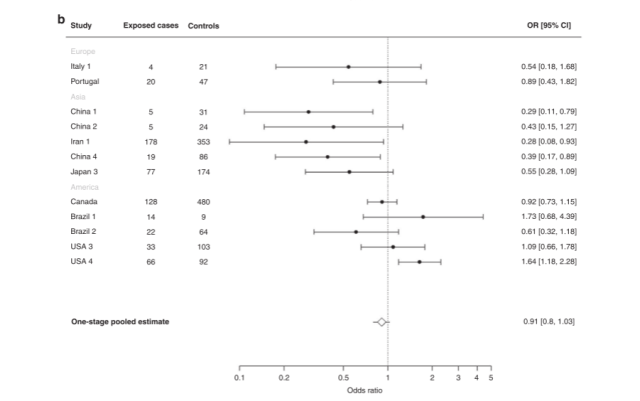 When a category-specific analysis of tea drinking habits was performed, the results showed that drinking cold or warm tea was significantly inversely associated with gastric cancer risk compared with those who did not drink tea (OR: 0.65, 95% CI: 0.53-0.79); 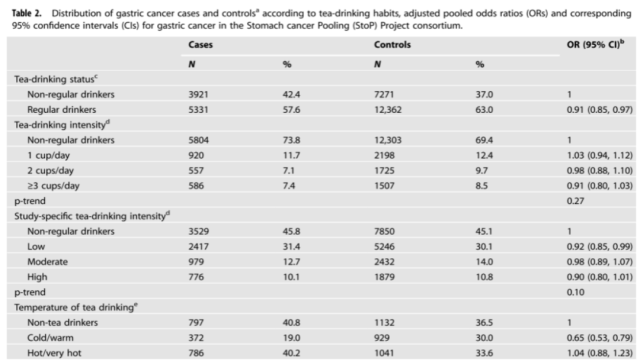 The researchers further conducted a stratified analysis of the tea drinker information, and the results showed that there were obvious heterogeneities in three variables, including geographic region (Q=11.5, p<0.001), Hp infection (Q=5.7, p=0.017), and control source (Q=8.5, p=0.003).

Among them, Asian studies showed that drinking tea was associated with a lower risk of gastric cancer (OR: 0.62, 95% CI: 0.48-0.81), while European and American studies had no association; 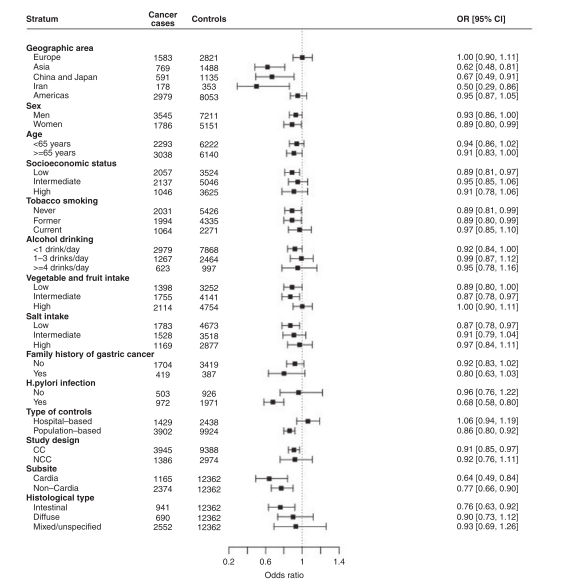 Stratified analysis of the relationship between variables and gastric cancer risk

Finally, the researchers fitted the dose-response relationship between tea drinking intensity and gastric cancer risk by natural cubic spline method, and the results showed that drinking three to ten cups of tea a day gradually reduced the risk. 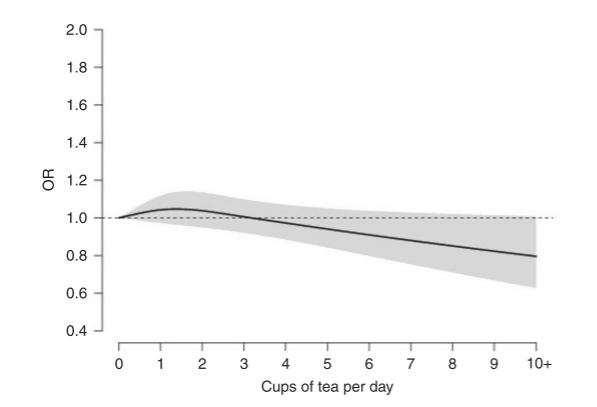 To sum up, this study is based on multiple research data of the global StoP project, indicating that there is a certain negative correlation between tea drinking and gastric cancer.

However, the habit of drinking tea, the type of tea, etc. have an impact on the correlation, so drinking tea to prevent stomach cancer must also drink the right tea, and know how to drink tea.