Arthritis, a painful joint inflammation, affects 24 percent of U.S. adults and is the leading cause of employment disability, according to the Centers for Disease Control and Prevention (CDC).

There are various types of it, but the two most common are osteoarthritis (OA) and rheumatoid arthritis (RA).

Unfortunately, there is no cure for arthritis, although symptoms can be managed to reduce the pain it causes.

These drugs control inflammation by suppressing the immune system, which increases the risk of infection for other serious diseases. 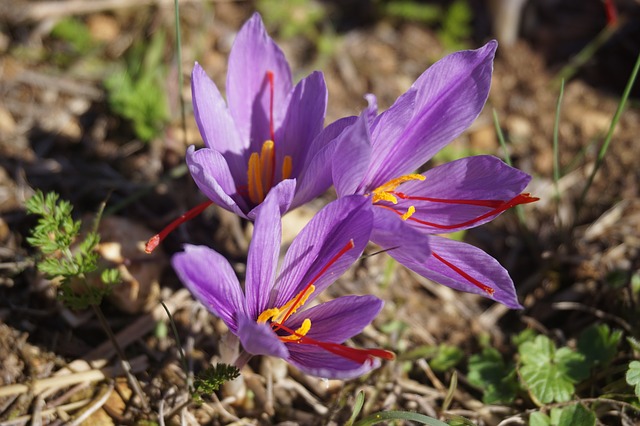 In recent years, however, scientists in Iran have been pioneering an alternative arthritis treatment that researchers say has natural and safe advantages.

By harnessing the anti-inflammatory and antioxidant properties of saffron, medical researchers in Iran claim a breakthrough in arthritis treatment, both for patients with OA and RA.

A clinical trial of Krocina, a saffron-based herbal medicine made in Iran in 2020 and 2022, involving a total of 120 OA patients, found that Krocina significantly reduced blood C-reactive protein (CRP) levels while also increasing regulation.

The proportion of sex T cells (Tregs) and the gene expression of GATA-3, all of which are reliable indicators of an improved anti-inflammatory immune response.

Another study, conducted at the Iranian Medical University in 2020, concluded that saffron supplementation can “positively and significantly improve clinical outcomes in RA patients.” Results of this double-blind, placebo-controlled trial showed that RA patients taking 100 mg of saffron extract daily for 12 weeks reduced not only the amount of joint pain and swelling, but also the pain intensity of the subjects.

At the end of 2020, Tehran Medical University published a comprehensive review of the data generated by these and other trials.

The authors concluded that saffron “is a powerful antioxidant and anti-inflammatory factor that may be considered for the treatment of inflammation-related diseases,” including RA and OA.

The team of scientists conducted a similar assessment of saffron as an anti-arthritic agent the previous year and published their findings in BioFactors, an academic journal published by the International Union of Biochemistry and Molecular Biology. 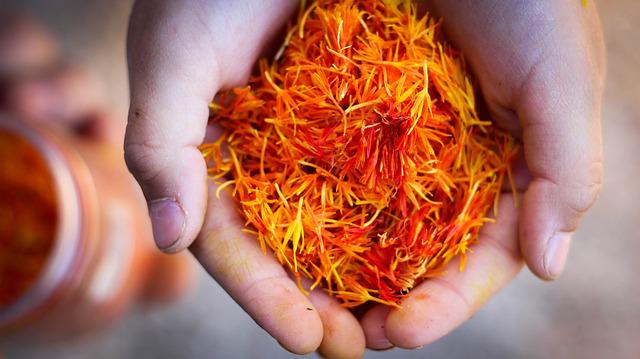 Outside of Iran, however, scientific opinion on the efficacy of saffron in treating arthritis is mixed, ranging from contradictory to generally favorable.

French researchers who conducted a 2020 meta-analysis of the available evidence concluded that saffron may indeed be beneficial for arthritis, but “the risk of bias in these studies is difficult to assess” and the clinical data are too limited. A systematic review by Greek scientists in 2021 also raised concerns about bias in clinical trials in Iran, also determining that there is simply not enough evidence that saffron is effective in relieving symptoms of rheumatism.

In 2017, an article written by Chinese researchers and published in the American peer-reviewed medical journal “Inflammation” presented evidence from rodent tests that one of saffron’s main active components — “by reducing oxidative stress and inflammation, reducing osteoarthritis symptoms, suggesting that saffron is a potential osteoarthritis treatment drug.” This further confirms the results of previous laboratory experiments at Zhejiang University.

More recently, in 2018, results from a preclinical study at Cangzhou Central Hospital in Hebei, China led a team of physicians to make a similarly positive assessment of the therapeutic potential of crocin in RA patients. The study’s authors observed that “crocin is able to relieve arthritis and suppress the inflammatory response” and, therefore, is a “promising anti-arthritis agent” that “could be an effective treatment for RA.”

Taken together, saffron extract shows real promise as a treatment for those suffering from the painful and often debilitating effects of arthritis, with a significantly better safety profile than drugs typically used for long-term symptom management.

Since available data suggest that crocin is the chemical primarily responsible for the anti-inflammatory and antioxidant properties of saffron, consumers should look for high-quality saffron supplements that are defined as high in crocin.