Nature: come back to life! Systemic multi-organ recovery after death for the first time.

In nature, most living things require oxygen to survive. For mammals, oxygen is even more crucial, and without it, mammalian cells (especially brain cells) die rapidly.

Paradoxically, restoring oxygen to cells after a period of deprivation can also damage them, a phenomenon known as ischemia-reperfusion injury.

In fact, although oxygen is ubiquitous in daily life, hypoxia can occur at any time. Stroke, heart attack or respiratory arrest can lead to tissue and organ hypoxia.

For the past few decades, scientists have sought to protect tissues and organs from the deleterious effects of ischemia-reperfusion injury.

On August 3, 2022, the team of Professor Nenad Sestan of Yale University School of Medicine published a research paper in Nature entitled: Cellular recovery after prolonged warm ischaemia of the whole body [ 1] .

The research developed a system called OrgnEx , which was tested in pigs that died an hour after the heart stopped beating, allowing oxygen to circulate through the pigs, preserving tissue integrity, reducing cell death and restoring more specific molecular and cellular processes of a vital organ, and also restore circulation throughout the body.

When the heart stops beating, the organs begin to swell, the blood vessels collapse, and blood circulation stops.

However, after 6 hours of treatment with the OrgnEx system, the blood circulation of the dead pigs that had stopped beating was restored, and multiple organs were at the cellular and tissue level.

It exhibits functional activity even under a microscope, making it difficult to distinguish healthy organs from organs treated with the OrgnEx system after death.

These findings underscore a previously underappreciated ability of the mammalian body to partially recover after blood flow interruption, which may help prolong the health of human organs during surgery, and can also be used to preserve tissue and increase the chances of transplanted organs. availability. 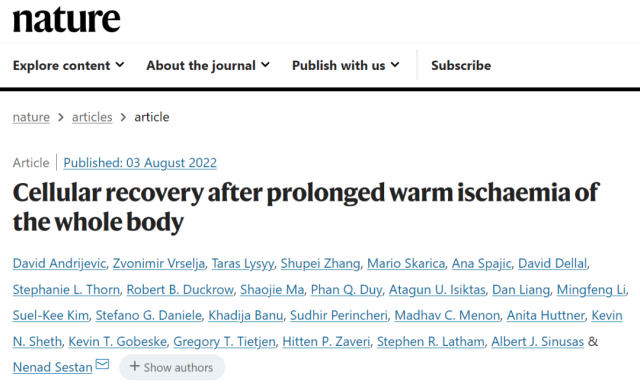 Blood circulation is the link between tissues and organs. Blood vessels are like an intricate network all over the body, transporting nutrients and oxygen to all parts of the body.

When blood circulation stops, the lack of nutrients and oxygen can lead to cell death and organ damage.

Previously, Professor Nenad Sestan ‘s team had created a support system, BrainEx , which can delay the death rate of brain cells and restore some neural activity including the hippocampus several hours after pig death [2] .

These results show that it is entirely possible to protect and restore the activity of individual organs. However, scaling up these interventions to the systemic level is difficult. 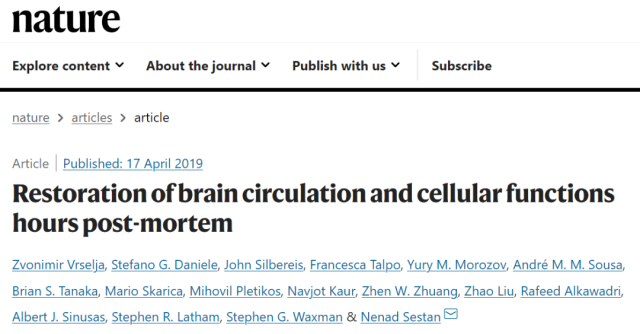 in this latestIn the research, Professor Nenad Sestan developed a systemic protection system based on BrainEx – OrgnEx .

It can be connected to the circulatory system of dead animals, and the factors contained in the pumped fluid can counteract the damaging metabolite and electrolyte imbalances caused by the cessation of blood circulation.

The research team tested the system on deceased pigs whose heart had stopped for an hour and compared it to a more traditional circulatory system called extracorporeal membrane oxygenation (ECMO) . 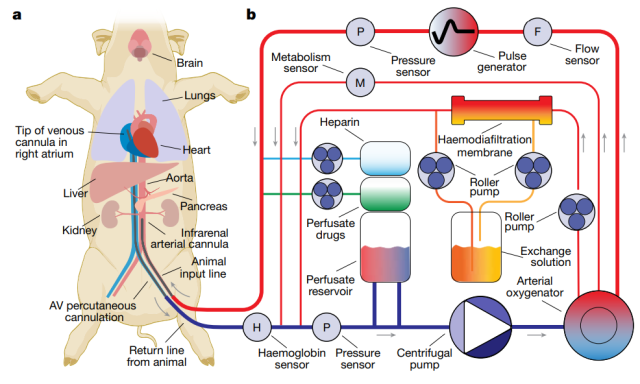 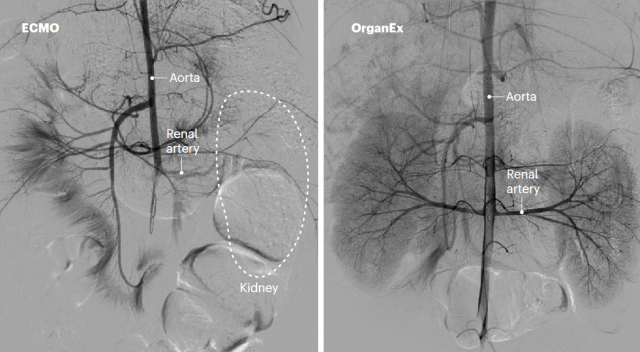 In addition, in-depth analysis of brain, heart, lung, liver, kidney, and pancreas tissues revealed less cell destruction after OrganEx perfusion compared to ECMO, and organ-specific and cell-type-specific gene expression patterns could be observed, indicating that the body A repair process has occurred.

The researchers even found evidence of cell proliferation in OrganEx-infused pig kidneys.

Prof. Nenad Sestan said further exploration and development are needed to gain insight into the potential of the OrganEx system to restore cellular and blood circulation after animal death. 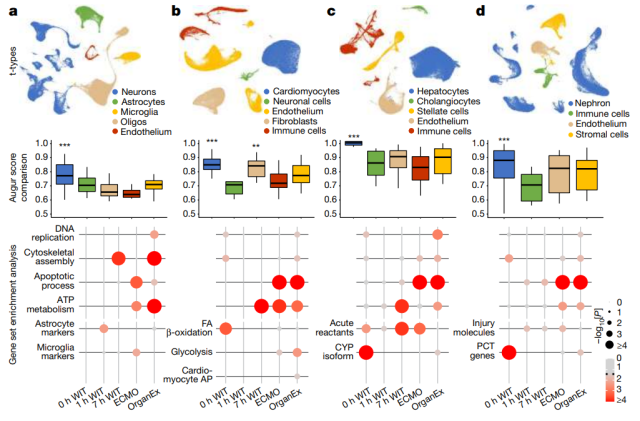 More importantly, from the results of these studies, OrganEx can well maintain the tissues and organs of deceased individuals under normal body temperature, which means that OrganEx can be fully used as a preservation device for donor organs, especially for those who are deceased. 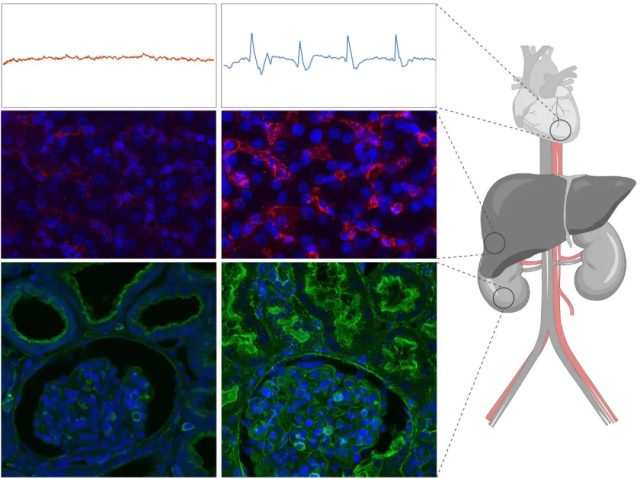 OrganEx technology reverses some of the deleterious effects of prolonged ischemia

All in all, this study shows that even if the circulatory system of deceased animals has been interrupted, we can still partially restore it through interventions such as OrganEx technology, delaying the “death” rate of tissues and organs.

These findings can increase the availability of transplanted organs. usability.