Childhood hepatitis has nothing to do with the new coronavirus, the culprit or adeno-associated virus (AAV)!

From April this year, young children with mysterious acute hepatitis began to appear in the UK and elsewhere, and it quickly attracted scientific and media attention.

While most young children recover naturally, some require liver transplants, and a few die. However, doctors found no trace of the virus that usually causes hepatitis in the children, so the researchers focused on an unexpected suspect: Adenovirus. Adenovirus is a common virus in children that mainly causes cold symptoms in infected people.

Now, researchers have uncovered another virus previously thought to be completely harmless, adeno-associated virus 2 (AAV2) , through comprehensive genetic testing of samples from these children . 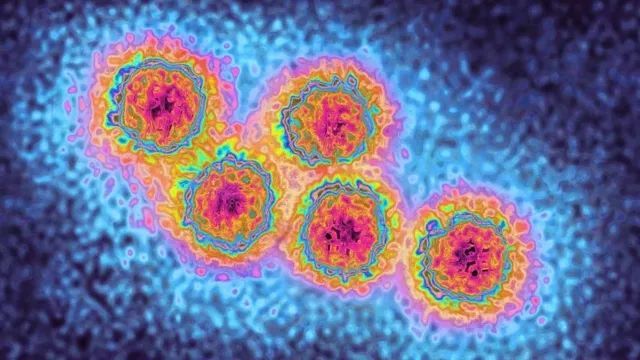 In two separate pilot studies, UK researchers found that 24 of 25 children with unexplained hepatitis had higher levels of adeno-associated virus 2 (AAV2) in their blood or liver cells .

And in children without unexplained hepatitis, AAV2 was almost undetectable, even in those with adenovirus!

In addition, these young hepatitis patients carried a genetic variant that made their immune systems more likely to overreact to the virus.

We might also say the same: Adeno-Associated Virus 2 (AAV2) and specific genetic mutations combine to give these unfortunate children the nightmarish “unexplained” hepatitis.

Two preprint papers (not yet peer-reviewed ), one published on medRxiv on July 19 and the other just recently submitted to MedRxiv, together provide new insights into the recent mystery of childhood hepatitis. clues.

However, some researchers say they need to be cautious about the conclusions of these studies that have not yet been peer-reviewed.

For example, Saul Karpen, a pediatric gastroenterologist at Emory University School of Medicine, commented: “These results are of course interesting, but they are from a small number of cases. The findings may be a correlation rather than causation” .

Severe hepatitis in children is very rare and often unexplained. But starting this spring, several UK hospitals have started reporting a rapid increase in cases (currently 272) unrelated to common causes (such as hepatitis A, B or C), helping to prevent childhood diseases worldwide. Alarm bells sounded.

In addition, the United States has reported 334 cases of such childhood hepatitis of unknown etiology this year, but the Centers for Disease Control and Prevention said in June this year that the incidence of severe hepatitis in children this year is no higher than that of children. the average level of previous years.

Still, a surge in adenovirus infections in the UK this spring may have contributed to the country’s surge in hepatitis. In two papers published last week in The New England Journal of Medicine, research teams from Birmingham, England and Birmingham, Alabama, reported that in nine cases from the United States and 30 from the United Kingdom Adenovirus 41 (Ad41), a specific type of adenovirus that can cause gastrointestinal disease, was found in most of the patients.

However, the London and Glasgow, Scotland teams that uploaded the two preprints wanted to make sure there were no new viruses or virus mutants in the hepatitis cases. So they used DNA and RNA sequencing of tissue samples from UK cases to look for members of around 200 different virus families – and they found AAV2 ! 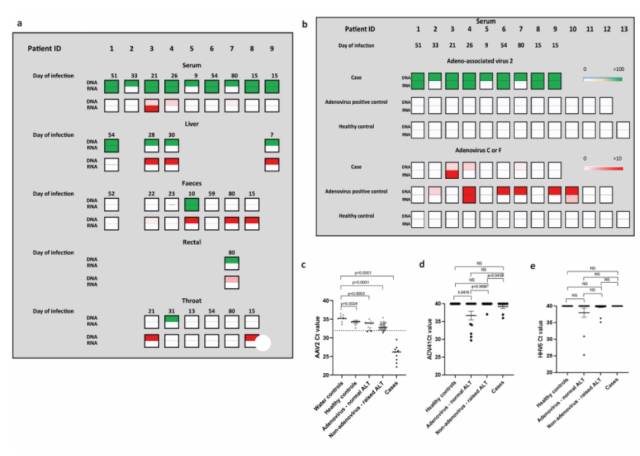 AAV2 virus was found in liver or blood samples from 15 of all nine Scottish cases examined and 16 separate cases across the UK, the study showed. In contrast, AAV2 was almost absent from the 158 controls, which included healthy children and children with known causes of hepatitis.

AAV2 comes from the family of adeno-associated viruses belonging to the Parvoviridae family , and was originally discovered in samples containing adenoviruses.

Subsequent studies have shown that AAVs require the help of proteins from distantly related viruses (usually adenoviruses or herpesviruses) to complete their replication.

These viral infections are so widespread that many people become infected with AAV2 around age 10. But the virus can lie dormant in cells until a helper virus emerges and reactivates it. 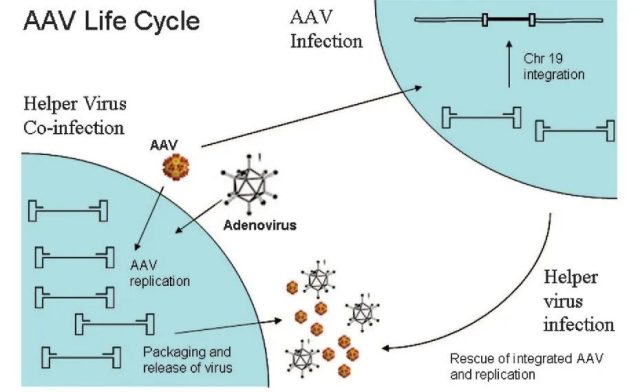 Although most patients also carried adenovirus (usually type 41), AAV2 was not present in the control group. A control group of 12 Scottish children also contracted adenovirus, none of whom developed hepatitis.

In addition, the authors of the preprint also ruled out the previously suspected SARS-CoV-2, in part because SARS-CoV-2 infection rates in Scottish hepatitis patients are not above average.

However, the Covid-19 pandemic may indirectly explain the rise in childhood hepatitis in the UK.

Emma Thomson, an infectious disease specialist at the Medical Research Council’s (MRC) University of Glasgow Centre for Virology Research, who led the study, said public health management gaps caused by COVID-19 could lead to one-time exposure of children to ” virus mixture” rather than being exposed to these viruses individually.

Two studies also found that 12 of the 14 children tested carried specific genetic variants of HLA, a gene that helps shape the body’s response and memory to pathogens.

Thomson points out that the variant is particularly common in northern Europe: 16% of Scots carry it, and it has been linked to certain autoimmune diseases .

Although the researchers found AAV2’s genetic material in the patients’ liver cells, they did not detect the viral protein or virus particles.

This suggests that AAV2 may not damage liver cells directly, but instead trigger an immune response that damages the organ.

Judy Breuer, a virologist at Great Ormond Street Hospital and the Great Ormond Street Institute for Child Health, University of London, told a news conference on Monday that the hypothesis was supported by evidence linked to the type of HLA that some children develop before they develop hepatitis. Gastrointestinal disease for several weeks.

Eric Kremer, a virologist at the Institute of Molecular Genetics in Montpellier, commented that AAV2’s pathogenic role in hepatitis “contradicts everything we know.” He also pointed out that by looking at the types of antibodies against AAV2 in children, we can distinguish between a long-ago infection and a more recent infection associated with the timing of hepatitis onset to determine whether AAV2 is the culprit.

Eric Kremer also pointed out that these studies also raise some new safety concerns, especially the use of AAVs as gene therapy vectors .

These AAV vector viruses are specifically modified so that they are unable to replicate and produce new live virus even in the presence of helper virus around. However, they can still cause hepatitis — and in rare cases, death.