Stem cell transplantation to repair lung fibrosis. The lungs are closely related to human breathing. Once the lungs have severe disease, it will greatly affect the quality of life.

Stem cells are a kind of primitive cell population with self-renewal ability and the ability of tissue repair and differentiation and regeneration. They are considered as the core of contemporary regenerative medicine. Stem cells are expected to repair trauma and pathological tissues, solve various intractable diseases, and bring disruptive changes to the medical community.

Because stem cells can be induced to differentiate into lung cells under certain conditions, they can “homing”, differentiate, and secrete a variety of biologically active substances to participate in the regulation of immune response. They are the most valuable mesenchymal stem cells for the treatment of pulmonary fibrosis by replacing cells. It provides a new option for the repair of pulmonary fibrosis.

Traditional methods are not effective in repairing pulmonary fibrosis

In some countries, the incidence and mortality of idiopathic pulmonary fibrosis are increasing year by year. The average survival time after diagnosis is only 2.8 years, and the mortality rate is higher than that of most tumors. It is called a “tumor-like disease”. Traditional methods are not effective in intervention of end-stage pulmonary fibrosis.

There is only one drug approved by the State Food and Drug Administration for the treatment of idiopathic pulmonary fibrosis in some countries, namely, Asriel (chemical name: pirfenidone). At present, the knowledge of pirfenidone is still limited, and the price of this medicine is high whether it is used in Europe or Asia. At present, the drug has been used clinically, but there is no report showing that it can significantly improve the symptoms or quality of life of patients. In recent years, intervention of end-stage pulmonary fibrosis based on stem cell transplantation technology has become a new research hotspot. Scholars at home and abroad have carried out a series of basic and clinical research on this, and have achieved good results.

Since stem cells are a type of cells with high differentiation potential and strong self-renewal ability, stem cell transplantation is one of the current research hotspots in the fields of life sciences and cell biology, which brings hope to patients with pulmonary fibrosis and breaks pulmonary fibrosis. The traditional concept of non-renewable lung cells provides a new way to repair lung fibrosis.

In 2016, domestic experts published the results of clinical research on the treatment of liver fibrosis with mesenchymal hepatocytes. They randomly divided 60 patients with liver fibrosis caused by hepatic fibrosis into penicillamine group and mesenchymal stem cells + penicillamine Group, 30 cases in each group, record and compare the therapeutic effects on liver fibrosis, liver function and serological indexes before and after treatment. 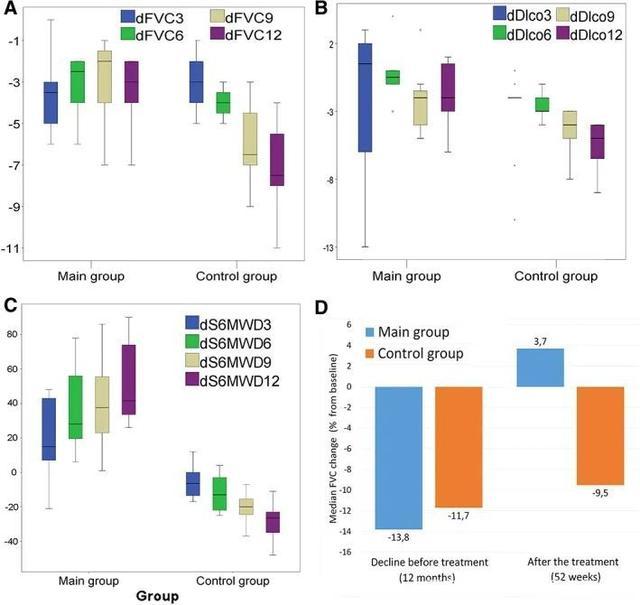 In 2019, the Journal of Stem Cell Translational Medicine reported the results of a clinical study on the treatment of idiopathic pulmonary fibrosis with rapid decline in lung function with high-dose stem cells in the human body [4]. Twenty subjects were randomly divided into two groups, namely the mesenchymal stem cell treatment group and the placebo group. The analysis of pulmonary function indicators showed that mesenchymal stem cells have a certain therapeutic effect and curbed the rapid development of pulmonary fibrosis. The safety assessment did not find significant adverse events related to treatment, which proved the effectiveness and safety of stem cell therapy. Cell fusion, cell-cell interaction, differentiation, and promotion of angiogenesis: These mechanisms, either alone or interacting, will all exert anti-fibrosis effects.

The lungs are closely related to human breathing. Once the lungs develop severe disease, it will greatly affect the quality of life. Stem cells, especially mesenchymal stem cells, can generate a large number of biologically active factors, such as anti-inflammatory factors, immunosuppressive factors, angiogenic factors, etc., and have shown great potential in the treatment of lung diseases, helping to relieve lung Inflammation and repair and reconstruction of damaged lung tissue.