Can stomach cancer be prevented?

Can stomach cancer be prevented?  The stomach is an important organ of the human body, which is extremely vulnerable to bad life and eating habits. 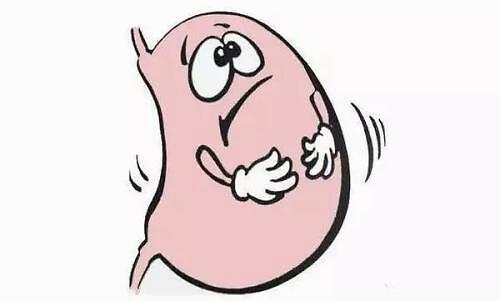 Eating is really important to everyone, but for us gastroenterologists, the worry is more about the “stomach” of foodies.

The stomach is an important organ of the human body, which is extremely vulnerable to bad life and eating habits. In addition, people lack sufficient vigilance for the early symptoms of gastric cancer and lack awareness of the necessity of endoscopy. In particular, many people are afraid of delays in performing gastroscopy. Good treatment time has caused many irreversible tragedies.

According to the latest “2012 China Cancer Registration Annual Report”, 6 people are diagnosed with cancer every minute across the country, and gastric cancer ranks among the top three deaths from malignant tumors in the country for many years. Taking Beijing as an example, 1 in 4 people died of cancer, and gastric cancer was one of the most common types. There are about 2400 new cases of gastric cancer in Beijing, with an incidence rate of 18.59/100,000, accounting for 6% of all malignant tumors in Beijing.

With the accelerated pace of social development, people’s eating habits have also changed. Long-term smoking, drinking, eating barbecue, and various pickled foods flood people’s tables. In the past five years, the incidence of gastric cancer in people around 30 has nearly doubled. Compared with the past, the age of high-risk gastric cancer is nearly 10 years earlier.

However, all this could have been avoided. Medical data shows that if early gastric cancer can be detected in time, the cure rate can reach more than 90%.

How to prevent stomach cancer?

Primary prevention is the prevention of the cause of the disease, which is to take measures against the pathogenic factors (or risk factors) before the disease has occurred, and is also a fundamental measure to prevent and eliminate diseases. The World Health Organization once proposed that the four cornerstones of human health, “rational diet, moderate exercise, cessation of smoking and alcohol, and psychological balance” are the basic principles of primary prevention.

Secondary prevention is what we usually call the “three early” prevention, that is, early detection, early diagnosis and early treatment. This is a measure taken to prevent or slow down the development of the disease.

For diseases with extremely long incubation period and extremely complicated etiology, such as gastric cancer, especially those with family history, it is impossible to achieve primary prevention completely. However, since the occurrence of gastric cancer is the result of the long-term effects of pathogenic factors (including chronic gastritis, etc.), only early detection, early diagnosis and early treatment are the most feasible options. Early gastric cancer prevention screening can be used. achieve.

How to do early gastric cancer screening?

Even so, when conducting cancer science surveys and understanding of gastroscopy, 44% of people said they were “very scared, and can hide or hide”; more than 60% of people know that regular endoscopy is beneficial, but cannot do it ; Less than 10% of those who can really do regular endoscopy.

Fortunately, today’s gastroscope has gotten rid of the embarrassing situation that made people “wish to welcome or refuse”. Now the latest “painless gastrointestinal endoscopy” detection method, the gastroscope body used has become extremely small and soft. Before the endoscopy, anesthetics will be used in conjunction with it, so that the patient will quickly enter a peaceful state , Relax body and mind, and complete gastroscopy easily and comfortably. Not only reduces the examination time, but also makes the patient feel no pain. In terms of efficacy, it is no different from traditional gastroscopy, and has a very high diagnostic accuracy rate for various gastric diseases, especially gastric cancer.

In particular, young people must be reminded that if there are sudden gastrointestinal discomforts, such as symptoms such as fullness, indigestion, acid reflux, loss of appetite, or inexplicable weight loss, they need to see a doctor in time for early diagnosis, early treatment, and prevention Stomach cancer occurs.

②Patients with a family history of gastrointestinal tumors

⑤ People with pain behind the breastbone

⑦Patients who are positive for fecal occult blood, or who are in an abnormal state, and whose discoloration exceeds two weeks

⑨ Those who have had colorectal polyps, inflammatory diseases such as ulcerative colitis

It can be seen that the popularization of primary and secondary prevention, the concept of “early detection, early diagnosis, and early treatment” and encouraging gastroscopy screening and early diagnosis are of great significance to public health.