Nature: “Cancer Dependence Atlas” will be a new path for cancer treatment?

Nature: “Cancer Dependence Atlas” will be a new path for cancer treatment?   Cancer has always been a big problem that plagues humans, and its occurrence is also a complex process with multiple factors and multiple steps. According to the latest cancer data released by CA: A Cancer Journal for Clinicians, the world’s highest impact factor academic journal, in 2020, there were 19.29 million new cancer cases and 9.96 million deaths worldwide.

The establishment of tumor genomes redefines cancer at the molecular level. Currently, almost all approved targeted cancer drugs are based on databases such as TCGA and ICGC. However, the complexity of cancer allows less than a quarter of patients to receive precise treatment. In other words, most cases cannot formulate a specific cancer treatment plan that belongs to the patient based on the mutation of a single tumor. 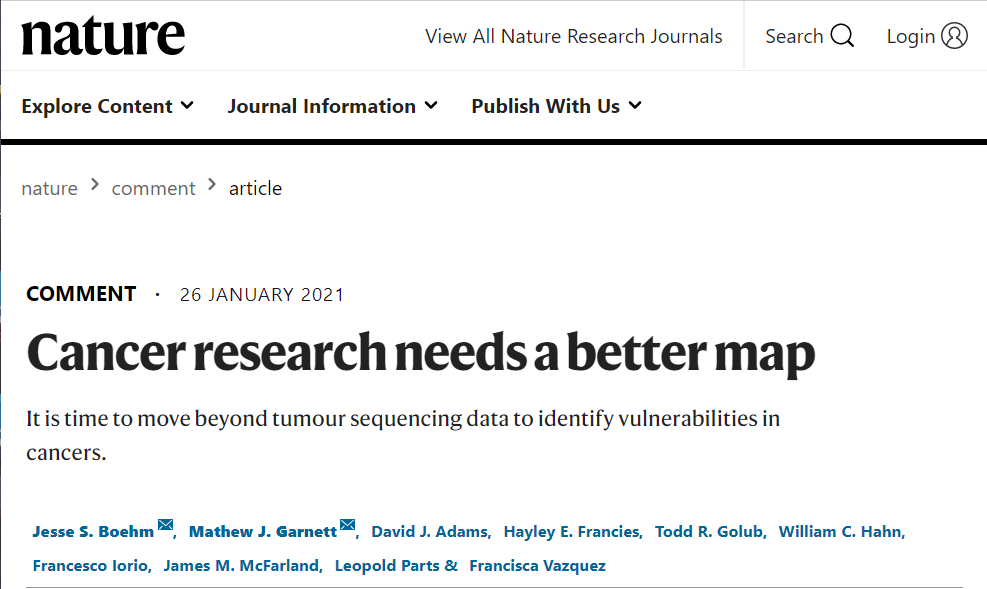 The type of cancer is complicated, but the research on cancer has not stopped for a moment. The maturity of CRISPR gene editing technology has made it possible for the “Cancer Dependence Atlas” project jointly promoted by the Wellcome Sanger Institute and Broad Institute in the United Kingdom to be fully implemented.

Cancer dependence refers to genes, proteins or other molecular features that tumor cells rely on during a series of processes such as growth and development. Therefore, according to cancer-dependent drugs, one can directly affect the growth of tumor cells and change the continuous proliferation of tumor cells, while the other involves a more complicated mechanism. When the mutant gene is not clear, the drug is used to act on A protein related to the DNA repair mechanism that cancer depends on for survival is not a protein expressed before the gene is not mutated.

The origin of the Cancer Dependence Atlas began at the intersection of these two research directions, namely, one aimed at evaluating the effects of known drugs in hundreds of cancer cell lines, and the other aimed at destroying hundreds of cancer models. Almost all genes in it.

However, the expansion of the cancer dependency map will be a huge challenge. Its scale and complexity mean that this plan will not only involve two institutes, but a joint action coordinated and established by more people. According to the analysis of the research staff, the pilot project screened about 1,000 cancer cell lines, including “driver genes” that were found individually in less than 10% of tumors (but they collectively constitute most cancer mutations). And most cancers are under-represented or completely non-existent in existing models, which requires a large range of data collected. The experimental phase of the dependency map mainly measures the substitution of proliferation, and further measurements will be very useful. For example, identifying a drug target that promotes aging (a condition in which cells survive but no longer divide) will open the way for new treatments. The precision of CRISPR gene editing technology and the statistical power generated by large-scale experiments greatly benefit reproducible experiments. By measuring gene expression in response to drugs, it is possible to reveal which genes may be combined into more effective therapies and so on. 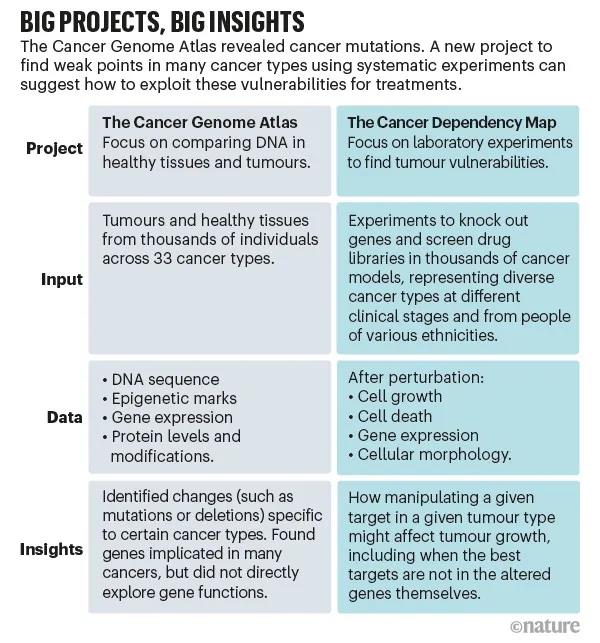 This cell-based experiment will avoid many of the complexities of tumor biology. Despite this, most of the drugs available today come from in vitro screening.

The completion of the cancer dependence map can reveal the internal connections of various tumors. It is predicted that it will be like other large-scale and systematic genome sequencing, and will eventually provide a large accessible database for scientific research and calculation methods. In the future, Atlas data or a series of derived technologies may open up new and unimaginable treatment approaches for the clinical front line. This is undoubtedly a valuable resource for mankind.