According to the latest global cancer data, in 2020, there will be 19.29 million new cancer cases worldwide and 9.96 million cancer deaths. We don’t know how many people in these data have cardiovascular disease and cancer. However, more and more evidence supports the existence of a link between the two diseases.

Recently, in a study published in the Journal of the American College of Cardiology (JACC) “JACC: CardioOncology”, a research team from Massachusetts General Hospital affiliated to Harvard University analyzed two large-scale Data from the health research found that those who maintain a healthy lifestyle that is conducive to the heart reduce the risk of cardiovascular disease while also reducing the risk of cancer.

To this end, they investigated the relevant data of 20,305 participants aged 36 to 64 in the Framingham Heart Study (Framingham) and the Prevention of Renal and Vascular End-stage Disease Study (PREVEND), 54% of whom were women, with a body mass index (BMI) is 26.5±4.8, 33% of former smokers and 29% of smokers, comorbidities include diabetes (4%), hypertension (15%) and hyperlipidemia (4%). None of the participants had cancer at the beginning of the study.

During an average follow-up of 15 years, a total of 2548 cases of cancer occurred. The most common cancer subtypes include gastrointestinal cancer (20%), lung cancer (11%), prostate cancer (16%) and breast cancer (18%).

Researchers have found that there is an association between a healthy heart-healthy lifestyle and a lower risk of cancer. The opposite is also true, that is, a healthy lifestyle that is not good for the heart is associated with a higher cancer risk. 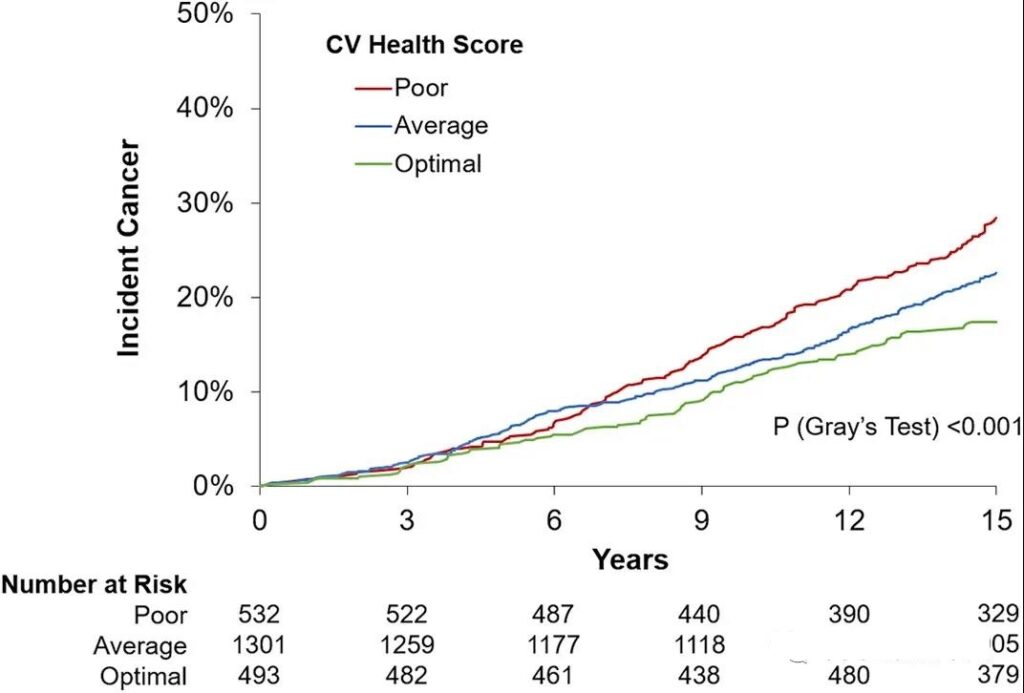 They also found that traditional cardiovascular disease risk factors, such as age, maleness, smoking (or a history of smoking), and diabetes are all independently associated with increased cancer risk. 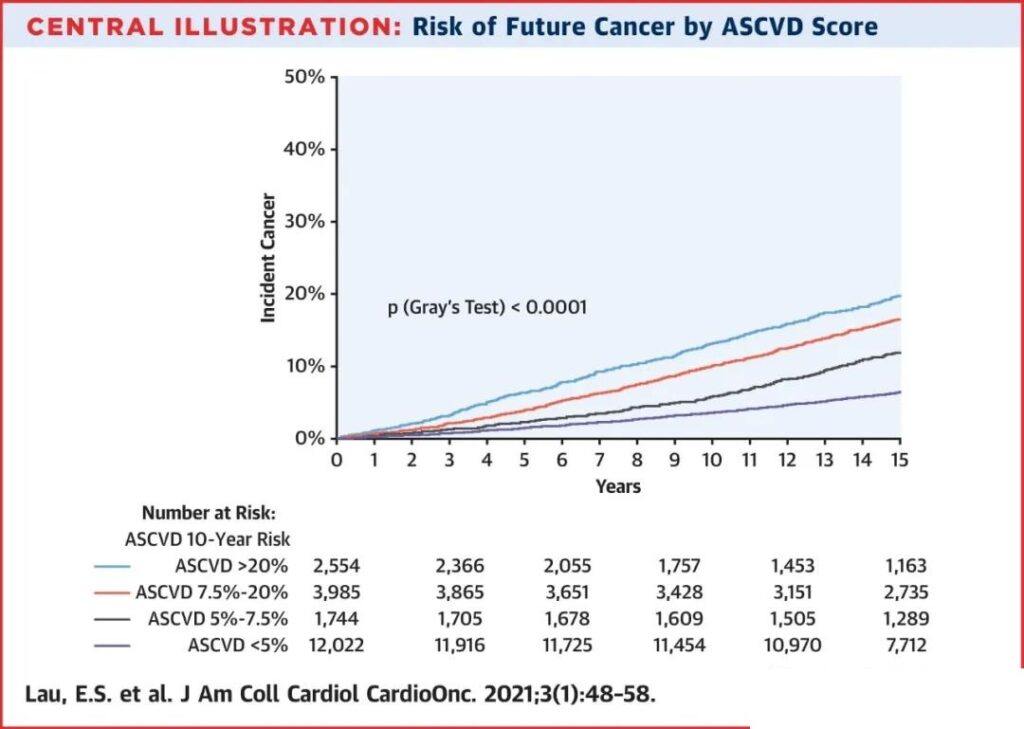 Although participants with cardiovascular disease at the beginning of the study and participants who had a cardiovascular event (heart attack or stroke, etc.) during the study were not found to have an increased risk of cancer, those who had strictly complied at the beginning of the study The American Heart Association recommends (manage blood pressure, control cholesterol, lower blood sugar, keep exercising, eat healthy, lose weight, quit smoking) participants who have a lower risk of cancer in the future.

However, the researchers said that this observational study may have the influence of potential confounding factors, so it is impossible to draw a causal relationship. However, the study sample size is large and the follow-up time is long, so the relationship between vascular disease and cancer can be determined. Researchers hope to conduct further studies of this kind to clarify the underlying mechanism of the relationship between cardiovascular disease and cancer.