Premature ovarian failure has gradually become younger,  young women need to pay attention. For female friends, it is very important to protect your ovaries and uterus.

Ovary is very important to female friends, but it is also very easy to be ignored by us. Ovary is mainly responsible for women’s endocrine and ovulation functions, while maintaining normal female characteristics.

With the current changes in the environment and the gradual increase in work pressure around them, many women’s ovaries have gradually become unhealthy. 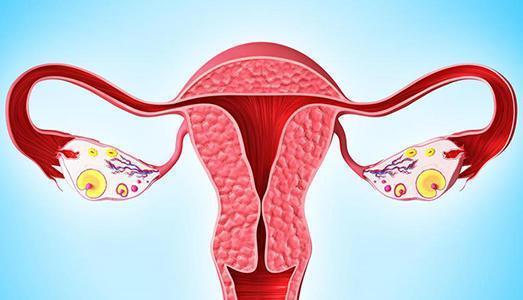 The ovary is located in the female pelvis, connecting the pelvic wall and the uterus. And the premature ovarian failure we often mentioned has test strips. Women who are normal at the age of menarche and have normal secondary sexual characteristics develop secondary amenorrhea before the age of 40. Everyone must pay attention to it. Once a similar situation occurs in your body, you must go to the hospital for diagnosis and treatment.

Everyone may be very afraid of others saying that they are old. And age has become a taboo word after a certain age. But compared to aging, what is more terrifying is that our body has matured that does not match our age. For example, when I was young, I had amenorrhea that only occurs in menopause, or menstrual sparseness and other conditions.

What is more fearful is premature ovarian failure, which does not appear only after a certain age. Premature ovarian failure has gradually become younger. It happened to a colleague next to me. She had just graduated from university this year and was only in her 20s. For a while, she always told me that she was very tired, she always wanted to sleep, and she felt dizzy and nauseous from time to time every day. At that time, I also persuaded her to take a time off and go home and sleep for a few days, and then she told me that she felt very tired, but she wanted to sleep, but she couldn’t sleep.

Later, this situation lasted for almost a month, and she went to the hospital for a checkup if she had no choice. After going to the hospital for an examination, the doctor told her that her ovaries had premature failure. When this result came out, even doctors felt it was a bit weird, because premature ovarian failure usually happens to female friends around 40 years old. But she is only 24 years old this year, and premature ovarian failure is very rare.

Later, through further understanding of the doctor’s guidance, although she was 24 years old, she had also had two abortions before that, and after the operation, she did not take good care of her body, which caused her uterus and ovaries to suffer. It hurts a lot. In addition, she later devoted herself to work and did not pay attention to her daily routine, gradually her body became overwhelmed and premature ovarian failure appeared.

In fact, just like my colleague, premature ovarian failure occurred at a young age. This is undoubtedly very harmful to the body. If she does not pay attention to protecting her body in the future, then she is very likely to lose her motherhood. Of the right. Protecting our uterus and ovaries in our daily lives is the most important thing, otherwise our body will become worse and worse. Don’t feel that you are still young, physically strong, without any problems, yes, but it’s too late to regret your physical damage.

For female friends, it is very important to protect your ovaries and uterus. And in daily life, we must ensure that we have good living habits, and exercise more in normal times. Summer is coming soon, no matter how hot the weather is, it is best not to wear navel-bearing clothes. This is also for the sake of our own body, and always remember to keep warm.

Of course, premature ovarian failure is not a terminal disease. We can also use drugs to ensure the normal development of our body, and there may be a certain probability of getting pregnant and giving birth. But no matter what, protecting your body is the most important thing. After all, the body is our own. Only by protecting our body can we pursue a better life.