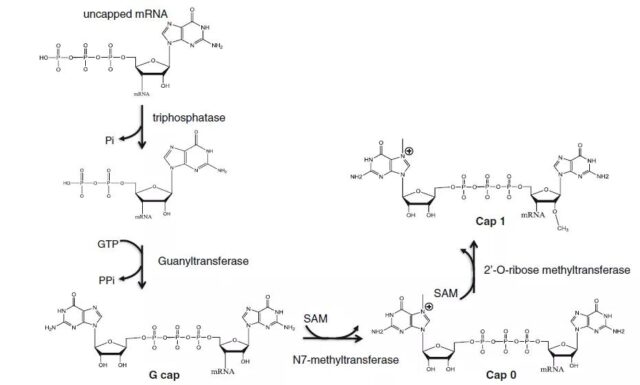 SAM continues to act as a methyl donor, and under the action of 2’O-ribose methyltransferase, it methylates the 2nd position of the second nucleoside of mRNA into m7GpppmNp (Cap 1);

Continue to methylate the 2nd position of the third nucleoside and it will become m7GpppmNpmNp (Cap 2). 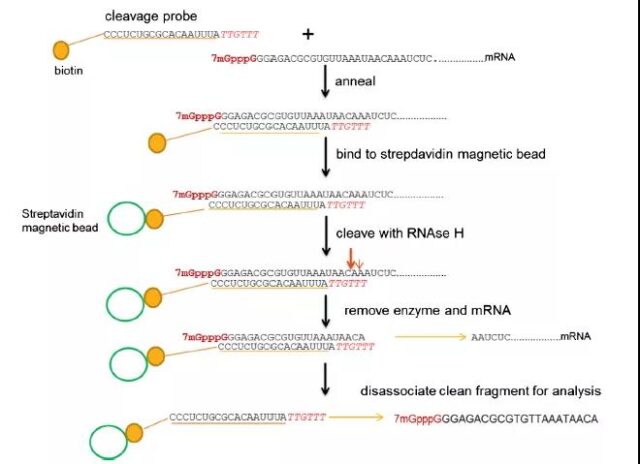 The purpose of capping is to tell the immune system that the mRNA is one’s own person, not a virus, don’t kill it by mistake; prevent it from being degraded by nucleases; and start translation together with the PolyA tail.

The length of the PolyA tail is generally 100-150 nt to effectively form a translation complex and protect the 5’cap from falling off. But the tail is too long will affect the stability of the plasmid, Pfizer/BioNTech’s solution is to insert a 10 bp UGC linker in the middle, namely A30 (10 bp UGC linker) A70. 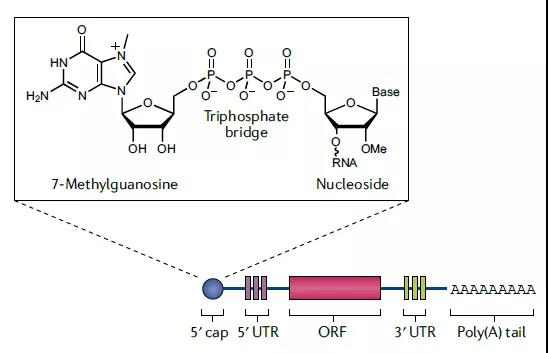 When designing the sequence, it is necessary to remove the miRNA binding site and the AU-rich region of the 3’UTR to reduce the areas that are likely to form secondary and tertiary structures in the 5’UTR.

When codon optimization, the author specifically mentioned that CureVac scientists found that the third position of human codons is rarely A or U, so they replaced the third position with a synonymous codon of G or C. (Unfortunately, the author did not know the results of CureVac’s COVID-19 vaccine at that time… By the way, isn’t codon optimization a basic operation of molecular biology? Adding a Kozak sequence or something, I used to do it often…)

The author also mentioned the modification of pseudouracil to reduce the immunogenicity of the mRNA itself, which is done by Pfizer/BioNTech and Moderna. Then CureVac: “Another strategy to avoid detection by pattern recognition receptors, pioneered by CureVac, uses sequence engineering and codon optimization to deplete uridines by boosting the GC content of the vaccine mRNA” 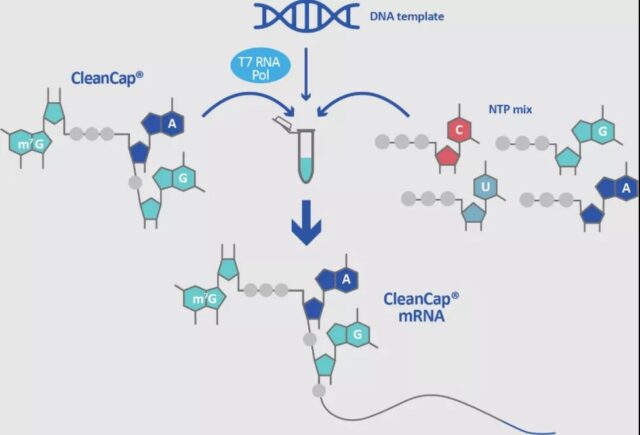 Please scan the QR code, fill in the information carefully, and join the mRNA vaccine technology exchange WeChat group after the review is passed!

Because mRNA has a large molecular weight (1-100 million Daltons) and has a negative point, it is difficult to penetrate the lipid bilayer on the cell membrane that is also negatively charged. At the same time, in the body, mRNA can easily be phagocytosed or digested by immune cells, leading to degradation. So a suitable delivery system is needed. 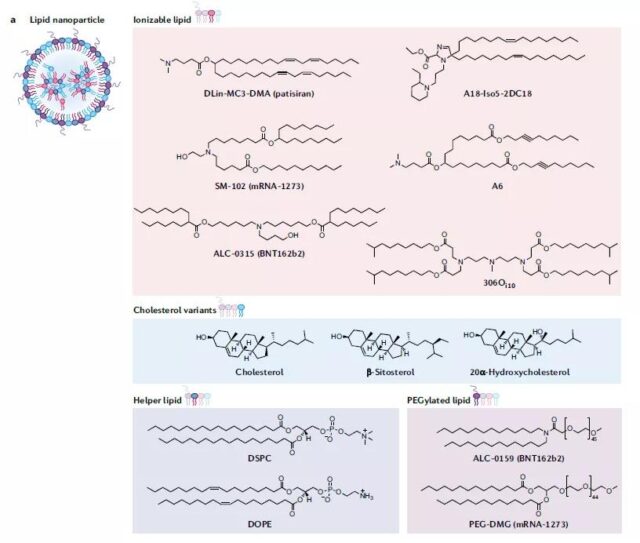 Cationic lipids can effectively transport negatively charged nucleic acids into cells, but they can induce pro-apoptosis and pro-inflammatory reactions. The author cited the laboratory transfection reagent Lipofectamine. (It’s been used a lot before…The instruction says that the liquid can not be changed, but if you don’t change it, the cells will die a lot. I have found the reason…)

The advantage of ionizable lipids is that they are neutral at physiological pH and are not charged. It has a positive spot under acidic conditions and binds to RNA. Under the acidic conditions of the endosome, it is beneficial to fuse with the endosome membrane and release RNA into the cytoplasm.

The clinical use is relatively small, and the mechanism of detachment from the endosome is unknown.

Polyvinylamide is the most studied polymer, effective in delivery but high charge density leads to high toxicity. With a low molecular weight structure, combined with PEG, Euronyl cyclodextrin and disulfide bonds, the toxicity can be reduced. Similar to ionizable lipids, ionizable conjugates are also in use.

Polypeptides (cationic or amphoteric amino groups), such as polypeptides containing RALA (repeated leucopropanol) motifs, will change their conformation under acidic conditions and promote the release of nucleic acids into the cytoplasm. PepFect14 and Protamine are also mentioned.

There is also Squalene, Novartis’s MF59 can be used as an adjuvant to enhance the immune response. 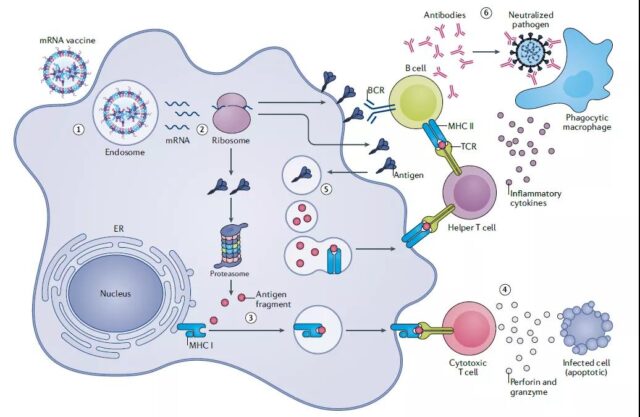 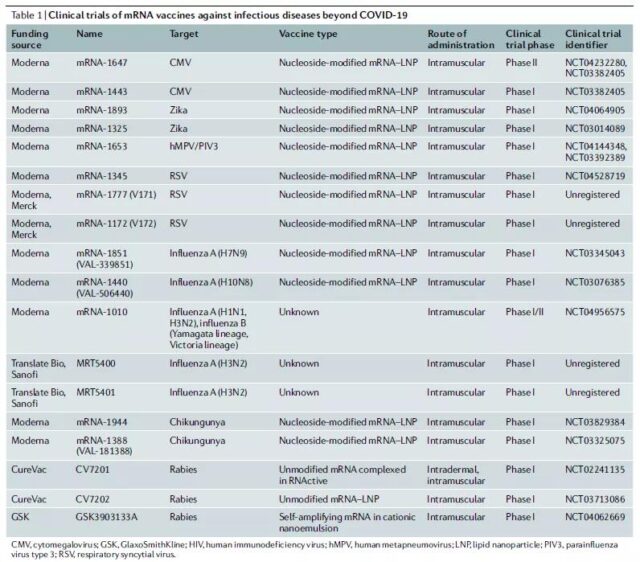 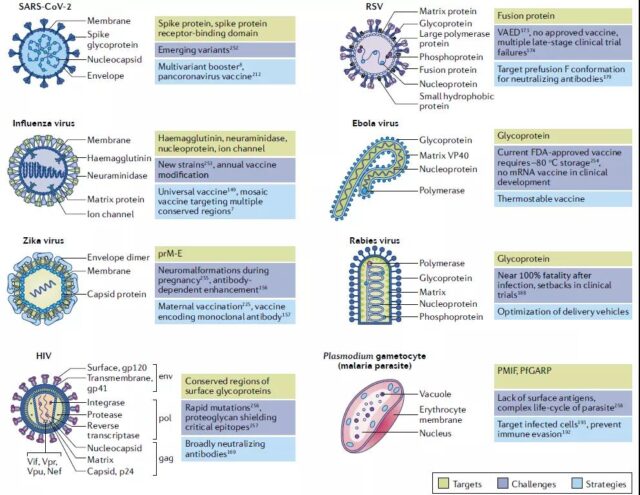 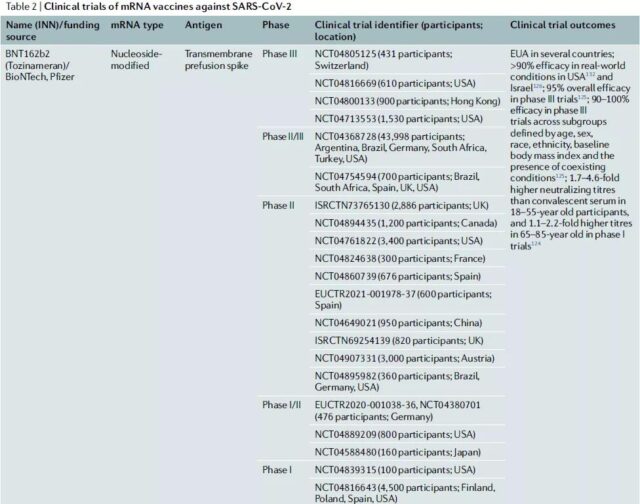 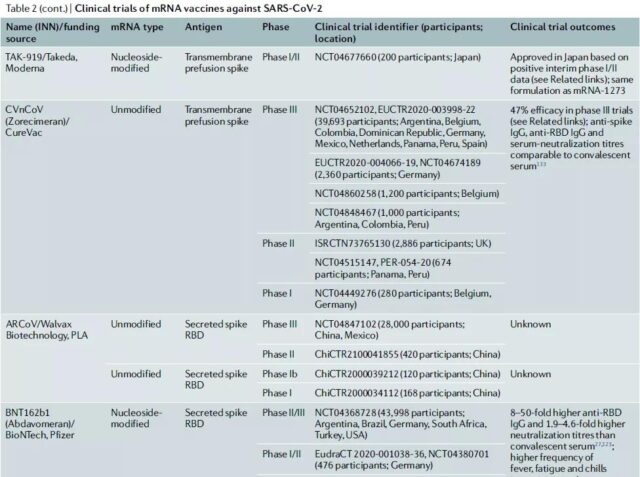 This, in fact, the third stitch can be solved, but the author does not understand when writing the article…

The author writes that at the time the article was published, Moderna was evaluating the third booster needle mRNA-1273.351

For example, CureVac’s protamine-based rabies vaccine CV7201 had significant side effects in 78% of participants, so it was replaced with LNP.
40% of the population is positive for PEG antibodies, and there is a potential risk of allergic reactions. And PEG is an important way to prolong the half-life of drugs, maybe some of the later drugs will not work…

Mainly women, newborns and the elderly. Although antibodies can be passed directly from mothers to newborns, they may affect the effectiveness of future newborn vaccinations.

I mentioned cold chain transportation and stability, but didn’t even say the price…

Acceptability of the vaccine

Every country has an anti-vaccine group. From a global perspective, the percentage of vaccines accepted is 55-90%, and in the United States it is 56-75%